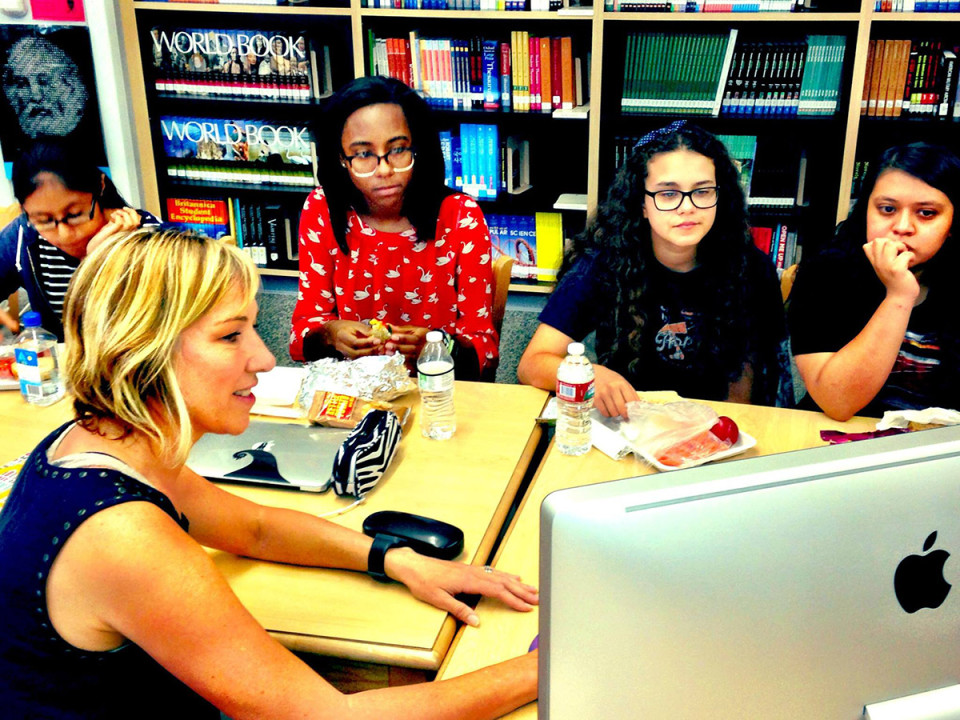 With only five years in operation, Global Girl Media is revving up to launch their very own broadband channel this Saturday, October 11,  as part of International Day of the Girl. Under the name Global Girl Media Network, the station promises to put girls at the center of every story, whether it’s in original content that the organization creates, or from outside stories they curate. 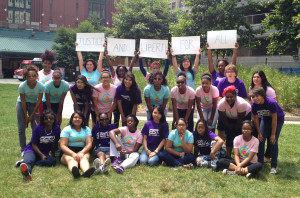 Besides crafting their own television station, Global Girl Media is an international organization working to “empower young women to find their voice, make them believe it’s important, and then help them share it with world,” sums up co-founder and executive director, Amie Williams.

Since the organization’s creation, the founding team has set up several locations each year – one in a U.S. city (Chicago, Los Angeles, and Oakland, CA) and another internationally (South Africa and Morocco). But even with six locations already up and running – now including their latest campaign in South London – Williams has her eyes set on something much bigger. “I’d love to be in every country and every major city in the world,” she says.

An award-winning documentary filmmaker, Williams started Global Girl Media with her friend and fellow film producer and director, Meena Nanji. They were tired of lamenting the lack of women’s voices and representation in the media and decided to take action into their own hands. Six months into startup mode, Therese Steiner – a former ESPN adviser and public television producer – joined forces with Williams and Nanji to start a revolution — or try to, at the very least.

Currently, the organization comes to specific locations because someone hoping to launch a Global Girl campaign in their community reaches out. “After we’re approached, I go over and work with the group of girls and women to help them get started. Together we set up an advisory board,” explains Williams, who spoke to SharpHeels from Europe, just days before arriving in London to assist with the newest location. “There’s not a day that goes by that I don’t get emails from girls all over the world, asking about us, how to get involved, and if we’ll come to their city.”

While Williams explains that they’re teaching their mentees to become leaders, the girls who get involved with GGM “come to us already with that fire in their belly.” The founding members originally planned to focus primarily on sports reporting,  an area in which girls’ voices are significantly underrepresented. Their very first campaign was set in South Africa for the 2010 World Cup, but they soon realized that girls wanted to report on much more than just sports.

“The girls usually want to cover issues that are affecting them, such as health care, access to education, or violence. Immigration is a big issue in the United States. LGBT rights, dating violence, campus rape – these are just some of the things the girls report on and want to see changed. [At GGM] we feel that amplifying girls’ voices around the world is really critical.” 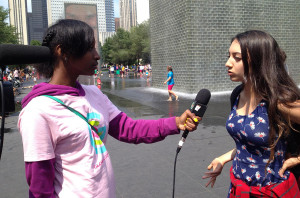 Global Girl Media uses today’s digital media as a platform to teach girls (roughly between the ages of 14 and 22 ) how to become journalists in a world where only 24 percent of all news stories are about women. Once selected for the program, the girls go through a four to six week training period, and are then paired with women mentors ranging from bloggers and journalists to professors. At that point, the girls are on their way towards becoming digital reporters.

However, as is the case for many nonprofits, funds are limited. Luckily, the organization attracts industry leaders and like-minded professional women who want to help these lionhearted girls succeed. “We’re run on volunteer labor. I always joke we offer ‘cache’ instead of cash,” says Williams. “But hopefully, with the launch of our new broadband channel, we’ll get more attention. That’s what happens if you strike a chord and make people see the need.”

The desire to make a connection is exactly what Williams tries to instill in her students. “It’s not enough to create content. You have to create content that motivates your audience to action.” Global Girl Media isn’t simply interested in raising awareness. They also focus on what happens after that awareness has been raised. “We’re putting the tools of change into the girls’ hands themselves. With authentic voices from behind the stories, these girls are breaking stereotypes and moving from object to subject. They’re getting themselves out of ‘victimhood’.”

Considering the despairingly low numbers – according to Williams, a French study from a few years ago showed that less than eleven percent of women are represented as experts in news stories – it’s time for women to find their voices. But Williams feels pretty optimistic about change. “Absolutely, it will happen. The more women who are in clout positions or editorial positions, the more they’re going to green-light stories about women, and the more we can stand up in a way that says ‘we see things differently.’ We want a different world.”

Origins of Change, and Invaluable Inspiration

It was Williams’ grandmother who first imparted on Williams the importance of educating young women. “She was the first woman in my family to go to college from a small farm town. And she taught school in a one-room schoolhouse in Linden, Wisconsin. She used to tell me stories about teaching and how important it was for her to teach the girls and get them to succeed in education, and that was during the Great Depression.” After graduating from Yale, Williams followed her grandmother’s words of wisdom and found herself teaching in rural Kenya. She now refers to this experience as the dawn of her “global awareness” towards the position of women. “I’ve been swept along a river of strong women my whole life,” Williams sums up, “That really informed my desire to do something in media to celebrate that. For me, it’s always been about asking ‘Where’s the girl’s voice?’ ”

For now, the girls’ voices are loudly coming from the direction of Global Girl Media. Many of the youth involved with the organization have gone from being C students or worse to receiving college scholarships to pursue journalism and media work. And Williams can’t help but be awed by these young women. 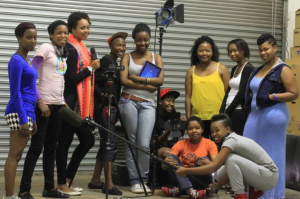 “What’s happening with millennials is really exciting,” she says. “They’re really challenging the status quo. They’re consuming in different ways. They’re caring about the environment. They want to know where that t-shirt was made. The younger generation is recognizing a need to live differently, and be more connected in a more sustainable way. I think they’re definitely able to connect and impact change. And [at GGM] we’re not only teaching them journalism, we’re teaching them citizen social awareness.”

Williams adds that boys and men are also allies for Global Girl Media. Regarding Emma Watson’s recent speech for the UN’s He For She Campaign, Williams gives her full support. “I think that’s the next step to try and get men and boys involved — because that’s how you’re going to really drive change. I think it’s really interesting to bring boys into the equation and to also understand that gender is shifting all the time.”

Considering Williams’ devotion and drive, world domination just might be in Global Girl Media’s future. For now, keep an eye out for these dedicated women spreading the news that deserves to be heard. As for the launch of their network, more information can be found here on their website.