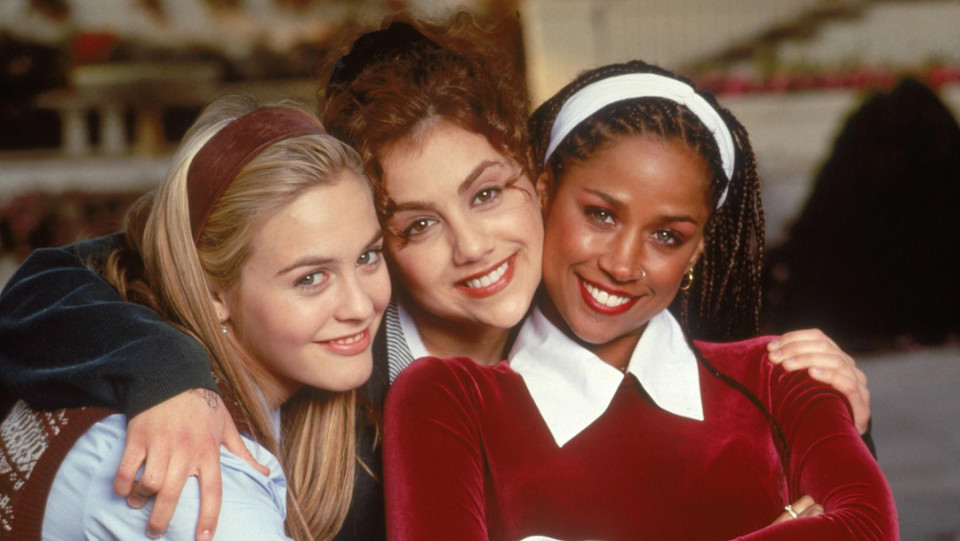 Valentine’s Day: a holiday about love, chocolates, and enough stress to make you binge-eat those truffles. This year, may we suggest taking a new approach to February 14? Instead of scrambling for reservations, skip the typical dinner dates and stay in with a good movie.

Whatever your relationship status, this suggestion is a win-win. Single? Make it a “Galentine’s Day” gathering with your favorite funny ladies. Kick back, relax, and laugh – trust us, we’ve got a movie for that. Coupled? Your partner will thank you for planning the date, and most likely he – or she – will appreciate your willingness to keep the V-Day plans low-key.

All you need to do is dim the lights, set some candles burning, and bring the bubbles. We’ve already done the heavy lifting – scouring Netflix for our favorite women-directed films for the most romantic day of the year. Now, just pick one, sit back and snuggle down for some quality viewing and lovin’.

Me and You and Everyone We Know
Starring John Hawkes and Miranda July; directed by Miranda July
This eccentric 2005 dramedy focuses on several connecting plotlines, with shoe 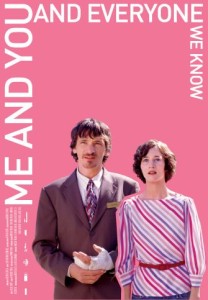 salesman, Richard (Hawkes) and cab-driver/visual artist, Christine (July) at the story’s epicenter. Christine and Richard meet at his shoe store, and a fledgling relationship blossoms. The film follows these two social misfits as they attempt to navigate their worlds while forming an awkwardly endearing bond. If you love quirky, independent films, this eccentric dramedy is for you.

Miranda July is an artist of all trades. An original hipster, and true indie star, July – now 40 – has been writing and staging plays since she was in high school. Me and You and Everyone We Know was her first feature film – which she also wrote (and starred in), in 2005. It went on to win the Jury Prize at Sundance, as well as several awards at the Cannes Film Festival. In 2011, she wrote, directed, and starred in her second film The Future (also a quirky Vday classic).

Outside of her Hollywood credentials, July is a pioneer of email-based art (she had an entire “celebrity dream series” newsletter) and a visual artist; her interactive sculpture gardens have been installed in the Venice Biennale, Union Square in Manhattan, and at LA’s Museum of Contemporary Art. In addition, July is well-versed writer. Her short stories have won numerous awards, and her first novel, The First Bad Man, was published just last month.

Clueless
Starring Alicia Silverstone, Stacey Dash, Paul Rudd, and Brittany Murphy; directed by Amy Heckerling
If you’re looking for a carefree film with minimal romance and lots of nineties girl power, Clueless is the way to go. Loosely based of the Jane Au 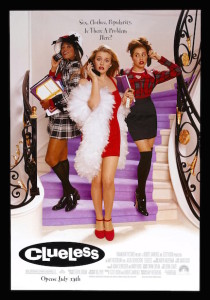 sten novel, Emma, Clueless is a fun – and somewhat heartwarming – high school comedy about the rich, popular girl who decides she needs a personality makeover. Of course, during that makeover she realizes she’s fallen for her intellectual, former stepbrother. Though Silverstone has lost some of her modern-day appeal, she truly encapsulated the It girl of 1995. Added bonus, catch Rudd before he belonged to Judd Apatow’s boys’ club.

Amy Heckerling not only directed Clueless, she was also responsible for creating the characters and writing the screenplay. For research, Heckerling attended several high school classes in Beverly Hills. Though she originally pitched the story as a TV show, her agent encouraged her to make it into a film instead. The movie not only went on to become one of the quintessential films of a decade, it also evolved in a television series that aired on ABC a year later. The show lasted for three seasons, though Heckerling was only a part of season one.

Over the span of her career, Heckerling has directed more than a dozen films, including her first feature – the 1980s classic – Fast Times at Ridgemont High, and Look Who’s Talking. From Fast Times to Clueless to directing several episodes of Gossip Girl and The Carrie Diaries, Heckerling has managed to capture three decades of American teenagers.

This 1993 Meg Ryan and Tom Hanks rom-com is first of all a tribute to the 1957 film, An Affair to Remember, which is referenced and m 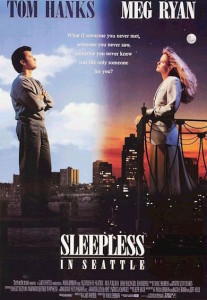 imicked multiple times in the movie. Sam (Hanks) is a widower whose young son decides to play matchmaker between his father and reporter Annie Reed (Ryan).  An unhappily engaged Annie is enthralled by Sam’s story, and despite her rational judgment decides to meet him. However, this well-loved tale is not the typical ‘meet-fall-in-love-break-up-get-back-together” storyline. Instead, Sleepless in Seattle focuses on the two characters individually.

Nora Ephron, like many of the women on this list, both wrote and directed Sleepless in Seattle. It was her second attempt at directing, but she’d already penned more than a half dozen films, including When Harry Met Sally…. Though she passed away in 2012 from pneumonia, Ephron continues to be one of the most respected women in Hollywood. As a screenwriter, her work has been nominated for three Academy Awards, including her screenplay for Sleepless in Seattle (as well as Silkwood and When Harry Met Sally…).

When she wasn’t working on films – 2009’s Julie & Julia was her last – Ephron was writing and editing for the Huffington Post. But reporting was nothing new to this multi-faceted lady. During the 1960s, Ephron worked as a reporter for the New York Post. Later on in life, she also wrote plays, including the Broadway hit, Lucky Guy. The play was nominated for a Tony in 2013, a year after her death. The admired filmmaker also authored several bestselling books. 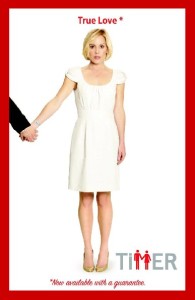 This 2009 rom-com adds a whole new layer with some serious science-fiction elements. Based at some point in the not-to-distant future, a company – aptly named TiMER – has discovered a way to track when a costumer will meet their soulmate. The movie focuses on Oona (Caulfield), who’s equipped with a blank timer – because her would-be soulmate hasn’t had theirs installed yet. As she starts to fall for Mikey (Amedori) – who’s timer is about to expire – the question arises: is it better to live in the moment or know the future?

Jac Schaeffer took on all three crucial roles for Timer: she wrote, directed, produced the film. Though it was her first – and currently only – feature, Schaeffer has directed and produced several shorts, including the fictional Mr. Stache, and the documentary, Foster Stories.

She earned her B.A. from Princeton and a Master’s degree from USC’s film school. Aside from filmmaking, Schaeffer also works as a freelance writer, and has assisted with an off-Broadway play. Timer was nominated for two film festival awards: “Best Film” at the Sitges-Catalonian International Film Festival, and “Best of the Festival” from Fort Collins TriMedia Festival, which it won. 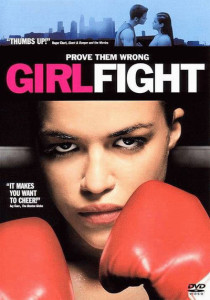 Guzman (Rodriguez in her Hollywood debut). As a teen with a troubled home life, Diana finds sanctuary in boxing, much to the disapproval of her father and trainer. Diana spends the rest of the movie fighting – literally and figuratively – to be taken seriously as an amateur boxer. Her relationships with the men in her life, including love interest Adrian (Douglas), are tested as her boxing career moves forward, but Diana is up to the challenge.

Karyn Kusama was 27 when she broke into Hollywood with Girlfight, her first feature film, which she also wrote and directed. The indie flick was well received by critics, and took multiple honors, including the Sundance Grand Jury Award, the Prix de la Jeunesse from the Cannes Film Festival, and both the director and her star won Gotham Awards for their work on the film.

In the 15 years since Girlfight was released, Kusama has directed multiple films – including the genre-defying horror movie, Jennifer’s Body. As a filmmaker, Kusama’s work frequently explores female empowerment through physical strength, which has resulted positively in a large and supportive fanbase. Rumor has it, the director’s latest film, The Invitation, is currently in post-production. But see Girlfight first: this early-aughts film is a must for those celebrating self-love this Valentine’s Day.

A few of our other non-traditional romantic favorites include Ever After (starring Drew Barrymore); Juno (starring Ellen Page); Imagine Me & You (starring Piper Perabo and Lena Heady); Broken English (starring Parker Posey); and Lost in Translation (starring Bill Murray and Scarlett Johansson). Unfortunately, these movies are either not currently streaming on Netflix, or are not directed by a women (though Juno was written by the ever-talented Diablo Cody, who coincidentally wrote Jennifer’s Body, which Kusama directed).

What’s your favorite love story? Tell us in the comments below.  Until then, happy viewing, Valentine!

Photos courtesy of Clueless, Girlfight, Timer, Me and You and Everyone We Know, Sleepless in Seattle