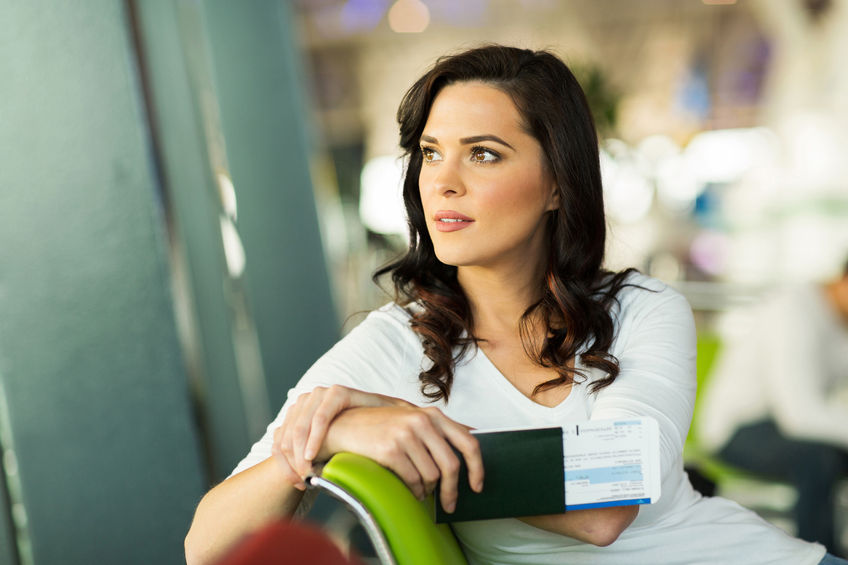 Even when you’re able to plan your trip to minimize airport time, unpredictable weather can still leave you with hours to spare in the terminals. Whether you’re flying for business or pleasure, we’ve identified some of the busiest airports in the nation and how to spend a few stress-free hours while you wait for your flight.

ATL – Atlanta Hartsfield-Jackson
The busiest airport in the US is arguably the best suited for a longer stay. Admire the artwork adorning nearly every wall as you explore this vast travel stop and be sure to take advantage of the free WiFi.

What to Do: Is your layover extra long? After you’ve had your fill of Southern delicacies, for a modest fee you can take a nap in your own private room while you wait out a delay or layover at Minute Suites. If you’re traveling with a pooch, be sure to check out the dog park by the MARTA station.

Lounges: Delta loyalists will be pleased to learn there’s a Delta Sky Lounge located on every concourse. Non-Members can purchase a day pass for $59. Definitely worth the expense for long layovers.

LAX – Los Angeles
Although it’s tempting to try and make a day trip out of a Los Angeles layover, the unpredictable traffic jams make it a risky choice. You can enjoy a handful of LA favorites from inside LAX, sans traffic. Free Wifi?: Free for the first 45 minutes, paid plans after that.

What to Do: If you’re stuck inside LAX and can’t venture out to Rodeo Drive, taking a stroll through The Great Hall is almost as good. Despite being in the Tom Bradley International Terminal, you can access it without needing to be flying internationally (you just won’t be able to partake in any Duty Free deals). Stroll through the hall and admire the current art installations all around you as you pop into stores like Gucci, Burberry, Coach, Armani, Michael Cors, and more spread out across the length of three football fields.

Lounges: It may just boast snacks and well drinks, but the Virgin American lounge in Terminal 3 (the only lounge in the terminal) prides itself in being hip. Lounge in futuristic furniture and enjoy the funky music while you wait for the next leg of your journey.

ORD – Chicago O’Hare
Multiple sources suggest exiting the airport entirely and hopping on the Blue Line to spend your layover in the city proper. Since not everyone wants to lug their bags around the city, thankfully there are some options for killing time inside O’Hare. Free Wifi?: Free for the first 30 minutes, paid options available after that.

What to Do: Those who want to get in some exercise will love the new yoga room in Terminal 3. It’s easy to let the stress melt away in the bright, clean room while practicing downward dog. If you want to pump some real iron instead, day passes are available for the gym at at the Hilton Chicago O’Hare Airport Hotel via underground tunnels between the terminals.

Lounges: United Club one-time passes are available for purchase for $59 at club locations.

DFW – Dallas
The third largest airport in the world offers wifi throughout all terminals–meaning if you want to grab a cup of coffee from one of the many Starbucks throughout the airport and binge-watch Netflix on your ipad between flights you can do so in any cozy corner you may find. Free Wifi?: Yes

What to Do: Like ATL, DFW also has two Minute Suites locations, with an added upgrade: the Dallas location offers showers for an extra fee. If you have time to factor in going through security a second time, leave the airport and head north to Founder’s Plaza, an open-air park and observation area with picnic tables telescopes to watch the planes fly overhead.

Lounges: The Club, located in Terminal D, doesn’t require a membership for any airline and isn’t associated with any entity except the Dallas airport itself.. Anyone with $35 for the entrance fee can enjoy all The Club has to offer–snacks, drinks, and a place to charge your iPad before your flight.

JFK – New York City
It may be tempting to leave the airport and explore all the sights Manhattan has to offer, but unless you have an 8 hour or longer layover, it’s best not to tempt the traffic fates. Something to note: you’ll have to clear security a second time if you leave your arriving terminal. Free Wifi?: Yes

Bonus, our picks for each Terminal:

What to Do: You’ll have to be creative here, since JFK is pretty straightforward with what they offer their passengers: food, drink, some retail stores, and your flight. If you’re not into exploring the shopping (some high-end retailers and souvenirs), we suggest finding a wine bar and sampling the vino while you people watch, or dipping into a Hudson News and grabbing a book to pass the time.

Lounges: Nine of the lounges inside JFK offer day passes for $60 and under, so if you’d like to step away from the crowds and relax with complimentary food and beverage that’s probably your best bet.