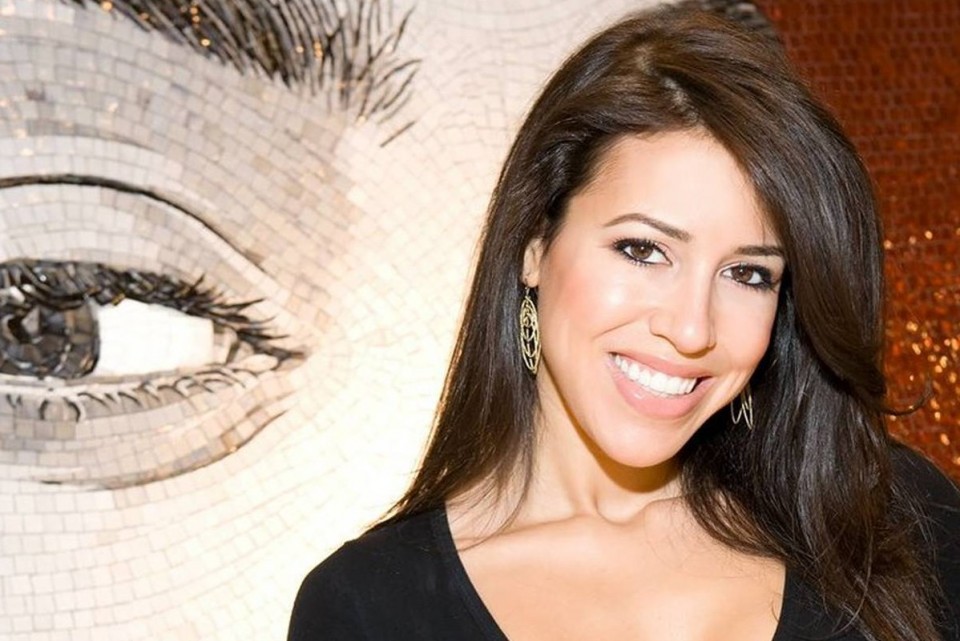 She draws, sculpts, writes, acts, dances, swims, surfs, plays an instrument, was a trader on Wall Street, and is now a Sports Broadcaster for CBS Sports Network.  Erin Sharoni (the “Jane of all trades,” as I couldn’t help calling her!)  — recently spent some time with me to talk about her career and how she got to where she is today. 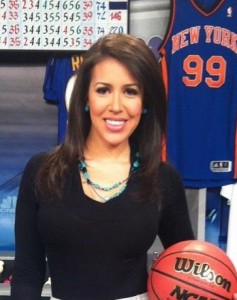 Growing up in New York CityDespite having a view of Shea Stadium from her elementary school playground in Queens, a borough of New York City, Sharoni would never have dreamed she’d be a sports broadcaster twenty years later. Like all New Yorkers, Sharoni grew-up with a love-hate relationship with sports – as she noted, watching the city’s championship sports teams, with all the attendant drama, is “what you do if you’re a New Yorker.” Her dreams back then however were much more aligned with her natural talent: art.  Growing up with  supportive hippie parents, she was encouraged to foster her artistic gift.  She attended The High School of Performing Arts to study fine art, where she drew and sculpted, and received a degree in Studio Art from Wesleyan University.

Touring Wall StreetWith, as she described it, an “artsy degree” and no idea what she wanted to do for a career (“no one was going to pay me to draw naked people and do stone sculptures,” as she laughingly noted), she bounced around, spent some time as a swim coach for a U.S. Junior Olympic team (she was a competitive swimmer in her youth) and then became a personal trainer to help pay the bills.

While she was a trainer at New York Health & Racquet Club, she was considering going to law school, but was told by one of her clients (a prominent legal advisor for CNN) that she should get a job at  Goldman Sachs instead. “He told me, “Don’t go to law school.  Go across the street and work at Goldman Sachs.”  I knew nothing about finance except how to protest the world banks – from my hippie parents — but as a ballsy, brazen 23 year old, I decided, “Sure, I can do this.” ”

So, with zero experience and no knowledge of the financial markets, she walked into Goldman Sachs for an interview… and after their laughter subsided, she walked out and interviewed at twenty or more trading firms, from Wall Street to Boiler Room-style venues. Eventually, Bear Stearns interviewed her and offered her a position as a sales assistant; six months later, after taking her Series 7 exam (to become a stockbroker), she started trading.  Then 2008 hit…

SharpHeels History Break –  In 2008 Bear Stearns was the first financial institution to collapse as part of the global financial crisis.  To avoid a complete company failure and in an attempt to avoid a domino effect on the entire financial system, Bear Stearns, under guidance and with a loan from the Federal Reserve Bank of New York was sold to JPMorgan Chase for $10 per share — a far cry from its pre-crisis 52-week high of $133.20 per share, but higher certainly than the original offer of $2 per share.

“So, after Bear collapsed, I went to a hedge fund in Connecticut… and then the entire market crashed. I was laid off three times in 2008, 2009, and 2010.  There were no jobs anywhere, but I remembered that my dad used to tell me “Blossom where you’re planted.”  I didn’t really know what that meant, but then I finally got it.  So, I said “OK, the universe is giving me a sign and I’m going to wake up one day and be miserable, but not realize it until I’m 40, unless I reach out of my comfort zone right now.

“So, after losing yet another job, I hit rock bottom and decided to reassess where I was and what I wanted.  I started to take some acting classes and going on auditions. I wasn’t making any money.  I was poor and I didn’t have health insurance, but I enjoyed what I was doing.  I could express my creative side.  Then, I went in on a casting call for FILA, and I won the FILA campaign [where Sharoni touts the benefits of its Body Toning System].”

Getting into Sports BroadcastingThe FILA campaign is how Sharoni met Darren Rovell, a sports business analyst now on ESPN, who would eventually guide her into a career in sports broadcasting.  “He was like – “Wait a minute…you work in finance, you know a lot about sports and you model?”  I said “Yeah — (and jokingly) how do I get your job?”  Rovell helped her get on Twitter and build a following, which steered her to a job at St. Johns as a basketball reporter; then Rovell called when he got his own show, and helped Sharoni land her spot on CNBC.

“It was a combination of luck and passion. The takeaway is that anything that you think you’ve done for nought is not for nought.  I could have looked back and thought that I wasted six years in an industry that I didn’t enjoy (finance), but I never would have gotten the job I have now because it was that combination of sports and business that I needed for the position.” 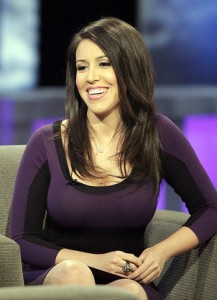 Being a Woman in a Male Dominated Industry“I mean… it’s not any secret that there are more men working in professional sports than women…just as in finance, I was working on the trading floor and there were more men than women. I went from one male dominated industry to another male-dominated industry.  It’s a similar situation. It’s also not particular to sports or finance.  If you’re a woman in any professional industry, there are typically more men than women and the double standard is there.  Not only do you have to be smart and good at what you do, you likely need to be attractive, and you’re also supposed to be some sort of supermom. Men don’t have to deal with those parameters.  In general, as a women in this society, there a lot more expectations and more checkmarks to be filled out.

“But then people forget that women are endowed with many other gifts as well.  Intellect aside, women have a higher emotional capacity, women have a better ability to cultivate relationships, and women tend to be more intuitive. Women aren’t at a disadvantage, but women have more boxes to check in the professional world regardless of their industry.  It’s not a complaint, it is how it is.  Do your job and do it well.”

Erin lives in Miami Beach — which I’m jealous of as a south Floridian! — she’s now working on a children’s book, and looking forward to continuing to grow her career and focus on her passion for health and wellness, stemming from her devotion to physical exercise.

You can watch Erin on CBSSports.com.​  She is also active on social media, @ErinSharoni, so reach out to her if you have any questions or need advice from a modern day renaissance woman.