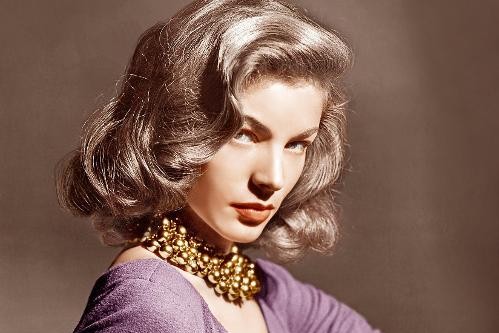 To a filmophile, Lauren Bacall might be a household name. But to the vast majority of today’s 3D and CGI smitten audiences, her name lingers in the ether of dial telephones and black and white films. Yet the sultry-voiced, femme fatale, who passed away on Tuesday, August 12, left her mark deep in Hollywood. 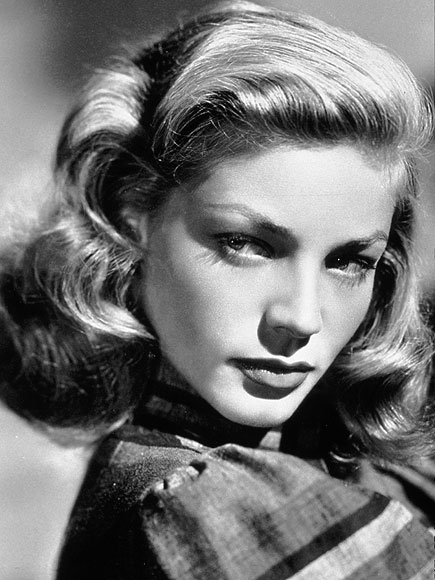 With starring roles in over four dozen films, two Tony Awards, and a career spanning 70 years, Bacall helped pave the way for future generations of Hollywood actresses. Early on in her career she earned herself a reputation as a “difficult” actress because she refused to take roles that did not interest her. Today, actresses – such as Nicole Kidman, who’s stated in interviews that she only signs on to films that portray women in a positive and powerful light – still follow Bacall’s same rule. It should come as no surprise that the two actresses of similar beliefs have worked together twice, in 2003’s Dogville and 2004’s Birth.

Like many women in the Golden Age of Hollywood, Bacall was considered a sex symbol. After her first role opposite Humphrey Bogart in To Have and Have Not, the two actors married. Together they starred in several more movies until Bogart’s death in 1957.

“I think many directors never thought of me except as Bogie’s wife,” Bacall later said of her first marriage, as quoted on Biography.com. “That doesn’t lead to a great career, and I certainly did not fight for a career. So I guess you win some and you lose some. It was by choice.” Over the years, however, the actress built an independent name for herself, specifically on the stages of Broadway and in the pages of her first memoir.

In 1970, Bacall was nominated for a Tony Award against her long-time friend, Katharine Hepburn. The win was Bacall’s first, for her role in Applause, based off of Bette Davis’ 1950 film, All About Eve. Bacall considered both Davis and Hepburn idols, making her win that much more meaningful.

“All that pure simplicity, unguarded modesty and Boyish courage poured into a frame of leonine splendor. You ROSE – you CONQUERED. And none could be more pleased than I.” Hepburn wrote in a letter, congratulating the husky-voiced leading lady on her award. Bacall would later become the first actress to be awarded the Katharine Hepburn Medal from Byrn Mawr College. The medal symbolizes recognition for the women “whose lives, work and contributions embody the intelligence, drive and independence of” Hepburn. 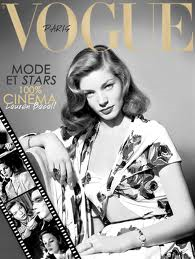 Over the next 44 years Bacall won another Tony; a National Book Award for her autobiography, By Myself; and a Golden Globe for her role in Barbara Streisand’s The Mirror Has Two Faces in 1997. She received her first and only Oscar nomination for the same role, but lost to Juliette Binoche (The English Patient). In 2009, the Academy awarded her an honorary Oscar for her “central place in the Golden Age of motion pictures.”

Bacall was also named one of the top 50 greatest screen legends of all time, by the American Film Institute. In 1999, AFI released their 100 Years series, which paid tribute to American Screen Legends [roughly defined as, an actor who debuted in 1950 or earlier; or broke through after 1950, but who’s death marked a completed body of work]. Bacall’s death leaves only three of the 50 notable actors, alive: Sophia Loren, Sidney Poitier, and Kirk Douglas.

Though she is gone, Bacall will always be remembered for her contribution to both film and future actresses. Together with the leading ladies of her time, they paved a path for others to follow. Nose to grindstone for their careers, these women are worth honoring today and everyday. 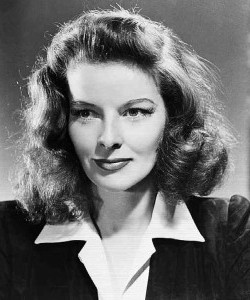 This four-time Academy Award winner, 12-time nominee, was a Hollywood horse-of-a-different color. When the vast majority of her colleagues were branded sultry starlets, Hepburn took her own road. The actress chose not to give interviews, rarely wore makeup, and preferred her slacks to a frilly frock. But her independence reached further than style, Hepburn took total control over her acting career. In the thirties she took a break from film to star in Broadway’s The Philadelphia Story. With the title character all but written for Hepburn she bought the rights to story before selling it to MGM under the sole condition that she star in the movie. The film went on to receive multiple Oscar nominations and reignited Hepburn’s career. On AFI’s list, Hepburn reigns at number one. 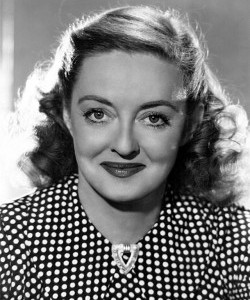 With a reputation for being predictably unpredictable, Bette Davis was another leading lady who refused to let her career be controlled by anyone but herself. A contracted actress for Warner Brothers, Davis was unhappy with the roles she was being offered during the early 1930s, and decided to travel to Britain in order to make better movies. Though she was soon forced to return to Warner Brothers, they gave her a new contract and better roles. She won her second Oscar in 1939, for Jezebel, and received nominations for a consecutive five more years. By 1942, Davis was the highest paid woman in America, and she kept her sight set on first place. She was the first woman to receive AFI’s Lifetime Achievement Award, and was also the first woman president of the Motion Picture Academy of Arts and Sciences. She died at the age of 81,with over 100 films on her resume. On AFI’s list, she’s topped only by Hepburn. 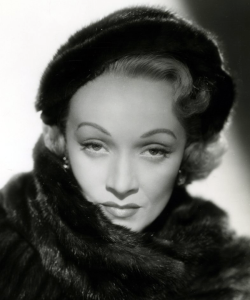 German-born femme fatale, Marlene Dietrich was yet another actress who pushed the bar on femininity. Known for her masculine fashion trends, and her ability to reinvent herself, she surprisingly received only one Oscar nomination for her work in the 1930 film, Morocco, with Gary Cooper. During the late thirties, Adolf Hilter’s associates requested that Dietrich return to Germany and make films for them. When she declined, her films were banned in her home country. She, on the other hand, became a legal U.S. citizen and traveled as an entertainer for allied troops during World War II. She ranks number nine on AFI’s list. 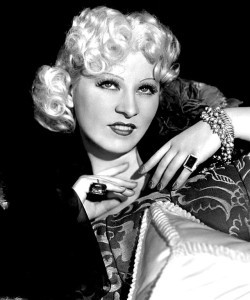 “Baby May” first entered the performance world at the age of seven, and by 14 she was a Vaudeville professional. A rule-breaker from the start, West would sometimes break from Vaudeville to do burlesque even though she was considered much too young for the crowd. As her career grew, West would rewrite her lines, or character descriptions until, eventually, she began writing her own plays. In 1926 West wrote, directed, produced and starred in the Broadway play, Sex. The box office hit unfortunately got West and most of the cast arrested on moral charges, and sentenced to ten days in jail. She wrote another handful of plays, on a variety of “inappropriate” subjects. At the age of 38, West became Hollywood’s newest star, her film She Done Him Wrong with Cary Grant helped rescue Paramount Pictures from bankruptcy. The sassy starlet became the second-highest paid person in the United States in 1935. She decided to “retire” in 1954 after a successful, three-year run of her night club show revisiting her original song-and-dance numbers. Her autobiography, Goodness Had Nothing To Do With It,  quickly became a bestseller after its release in 1959, and, thirty years later, her films resurfaced during the sexual revolution. West lands at number 15 on AFI’s Legends List.