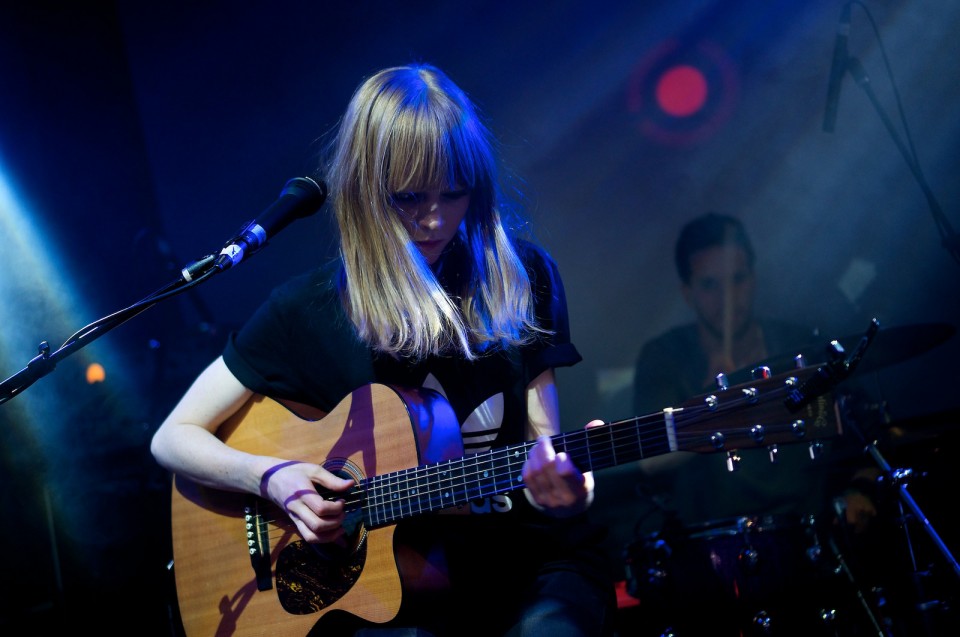 Behind the Scenes of Music

Music has provided us with some of the most remarkable, dynamic and fascinating public figures in history.  Rock stars like Joan Jett, Stevie Nicks and Janis Joplin revolutionized the way women were viewed in rock music – they oozed power and embraced defiance.  Their onstage performances were electric and uniquely their own.  And better still, when possible, they parlayed their fame into positive social change.

The last five years in American society, more so than any other time I can remember, have been all about the ladies, especially musically.  In addition to simply recognizing the amazing accomplishments of women, society is being made aware that these achievements should be heralded upon the same podium as men.  That may be because more so than in any other industry, women in music tend to tackle the world as if there is no gender gap.

In fact, the women who make waves in the music industry often have a kind of brash chutzpah – they go for what they want, and the most successful of them refuse to sacrifice their end goal or artistic vision in favor of “the easy way” (think of Chrissie Hynde, Kim Gordon or Fiona Apple, for instance).  We refer to these women as badasses, and they are everywhere; if you are lucky enough to be able to attend any of the amazing lineup of music festivals this year, you will likely see many of them – both on and behind the stage.

Women Who Rock – Behind the Scenes

In addition to those with a dynamic stage presence, there are the females behind the music who don’t get nearly enough credit — but they are the backbone of the music biz, often comprising the backing band or backup singer lineup, and thereby enhancing any great artist’s career. A quick search of featured panels over the five-day SXSW Music Conference highlights the importance of these women, as well as others behind the scenes: the agents, label execs, tour managers, and marketing gurus, for example. They are the avid and unconditional supporters of female art — women supporting women.

And we are beyond lucky to live in an age where the support comes all the way from the top.  This year alone there are at least six panels at the SXSW Music Conference dedicated to the women driving the music business forward, and for the first time in the SXSW Music Festival’s thirty-year history, a sitting First Lady will be participating in the event: Michelle Obama is lending her voice to help make sure that girls get the needed education to eventually become the women in power.  She will be hosting a panel to discuss the Let Girls Learn initiative, which aims to “break barriers for the 62 million girls around the world who are not in school today, more than half of whom are adolescent.” Given that the Music Conference joins the forces of an entire global music industry together, it makes it an ideal platform for her call to action to support girls’ education.

In addition to this, a group of talented, driven game-changers are adding to the gargantuan sea of talent that lures concert-goers to five-day-long extravaganzas such as SXSW.  These are women who have worked their way up to the top of the music business, traditionally a man’s game, and made it their own.  Jody Gerson for example, the CEO of Universal Music Publishing Group, is the first woman to run a major label’s music publishing concern. The significance of her position is not lost on her, and she was  immediately aware of her responsibility as a woman in power.  “I grew up in a business that was a boys’ club” she says.  “Now I feel a responsibility to be in a sisterhood.”  She was even named Billboard’s Executive of the Year in 2015.

Artists also need a helping hand on their way to stardom, and this comes in the form of agents.  Martha Vlasic, President of Artist Group International, is one of the most coveted agents in the business.  With a list of superstar clients that includes Neil Young, Elvis Costello, Regina Spektor, The Strokes and Muse, Vlasic knows the importance of not only building trust with the artists that an agent represents, but in maintaining it.  One would think her already bustling roster would leave little room for new talent, but, as she notes merrily, her policy is “There’s always room for one more, especially when you’re a Jewish mother.”

And as far as those well-known female traits of nurturing and multitasking…when you think about it, the shift to a larger number of women at the top of the music business food chain is not surprising.  A woman’s ability to juggle a mind-boggling number of tasks in a single day is possibly the single most important human trait when dealing with artists.  On any given day, there are any number of previously unimaginable situations that can arise, especially when dealing with multiple artistic personalities on major world tours.  As most anyone who has ever worked with them can tell you, managing rock stars can often be a lot like babysitting toddlers (big, loud, opinionated toddlers!).  It goes without saying that these things can take an extraordinary amount of patience.

The vehicle driving all this success forward is, of course, marketing.  How do you get discovered if no one hears your songs?  It’s simple – you don’t.  As a maverick of marketing and the President of MAC Presents, Marcie Allen understands how important relationships are to successful marketing techniques – they broaden your audience exponentially.  Last year, her team negotiated a Southwest Airlines tour sponsorship for Imagine Dragons, which even included an in-flight concert. Then she began 2016 with a Sundance Film Festival programming partnership with the venue Park City Live.  Next, she promises a “breakthrough summer festival strategy” with a major beer brand.

The throngs of rapt consumers brought together by large music festivals make them ideal platforms to sell the idea of not only new products and bands, but social change.  In this same spirit of convergence and positive partnerships, Tumblr is taking advantage of that platform at this year’s SXSW Music Festival.  Their feminism-themed 79-Cents party, whose name is a direct reference to the gender wage gap in the US, boasts an all-female lineup, feminist art installations and even a guest appearance from former Texas state senator Wendy Davis. The mission of the event is to highlight gender disparity issues; and as the band Crystal Castles learned, any slight digression from this mission could get you kicked right off the bill.

Even the climate behind the scenes of the festival itself is changing.  While you expect an event like Lilith Fair to employ a team of fierce, brilliant, feminist women, SXSW started as a relatively small outfit comprised mostly of men.  But today, inside the beating heart of the SXSW Music Festival (as I imagine is now the case with most major music festivals) there is a team of women doing really epic things: they work long, thankless hours, they put their family and social lives on hold for weeks at a time, they work very hard, and they really, truly care.  Why?  Because they feel that if they love a song or an artist or simply the experience of live music that much, others must too.

And lastly, this year, especially, it gives me immense pride to note that there are actually more female Music Fest Programmers (the collective talent scouts behind the mammoth schedule) than there are men.  The Music Conference Chief and Publicist for Music are both women.  The great news about this – and all of the above?  I, and other women, can be proud of taking note of their presence.  But more than feeling proud, it feels wonderfully exuberant to note that I am not actually surprised. As mentioned at  the beginning, it’s all started to change in the last five years, so seeing a different, more predominantly female lineup at the festival seems as it should be – and not a surprising anomaly, as it would have been in decades past.