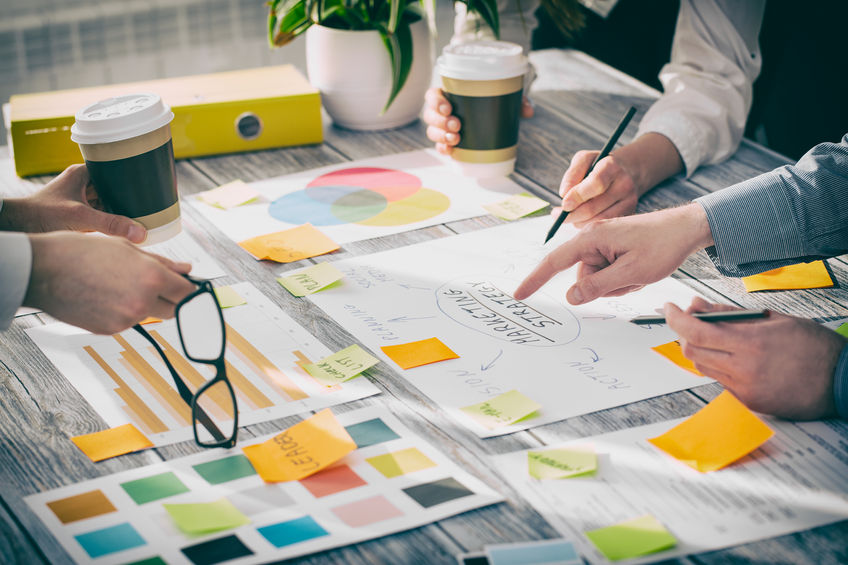 Being Creative at Work

Insights on How to be Creative at Work

At work, people tend to think about creativity as a binary thing: either you have it, or you don’t. Either you are “a creative,” or you’re not. (Which makes you, what? An Uncreative?) Falling officially in the professionally creative camp, I hear these kinds of assumptions tossed around all the time, the “but I’m not a creative” warning. Typically, it’s mentioned as a sort of confession, a caveat that precedes delivery of qualitative feedback on design work, a concept, or a piece of writing — a take this with a grain of salt kind of warning.

Flattering though it can be, thinking of creativity as a gift bothers me. To start, it’s just not true: we’re all creative. Some of us are just better versed at channeling and accessing our creativity on command.

Further, it idealizes the powers and talents of The Creatives, discrediting influence from those outside the club — which in turn leads to lesser work. Great creative results, work that resonates broadly — think of an ad that goes viral, a design language that becomes the standard — tends to be influenced by lots of people with lots of points of view. Creatives who dismiss or even just undervalue,\ the perspectives of people who might not “get it,” will produce compromised work that appeals only to a microcosm of the population. Rarely is that the goal.

Here’s my real beef: the ability to conjure creativity is a powerful and limitlessly satisfying tool with applications far beyond what’s officially considered creative work. Demystifying it — teaching it, even — will be beneficial to every corporate domain, from personnel management to business strategy to finance to marketing to, naturally, design.
For starters:

Creativity is not the same as talent

However, they are often confused for one another. Talent may power the fruits of our creativity and may separate the perceived quality of some of those fruits from others. The ability to produce and execute is not handed out at birth in equal measure to everyone, but the ability to come up with new ideas, with proposed solutions, to “think outside the box” and make unexpected associations is just as meaningful. That’s creative, and we were all born to do it.

But creativity needs to be developed

Though innate, creativity is a skill, and skills need to be honed. Much has been written about “inspiration,” where it comes from, and when it strikes, especially the romantic idea of a muse, of genius striking during exercise or immersion in nature. While that might be true of a handful of historically great ideas, most are born on assignment, at a desk, over conversation, or in the car, while actively trying for them. With practice, creative inspiration can come quicker, more easily, and more frequently.

Here are some ways to get in the habit of accessing your creative brain for work:

Probably most importantly, when it doesn’t just work because you worked it, don’t give up. Consider wherever you get to be progress, and solicit input from others, not just Official Creatives, because the best kept secret about creativity is that…

A bad idea today can become a great idea tomorrow if you keep at it, if you make it a discipline. Creatives are good at what they do because they keep doing it and because they aren’t too embarrassed to toss something rough and even silly out there to see where it leads, what it might spark, what it could become. They recognize the potential in a thought, and they can identify seeds, and sometimes that’s the key. I’m often heard saying things like, “OK, this isn’t really formed yet, but I’ve got this thought around…,” which allows my colleagues (or friends or family) a jumping-off point for their own creative thinking.

Eventually, together, when everyone’s allowed to be “a creative,” we tend to get somewhere good.