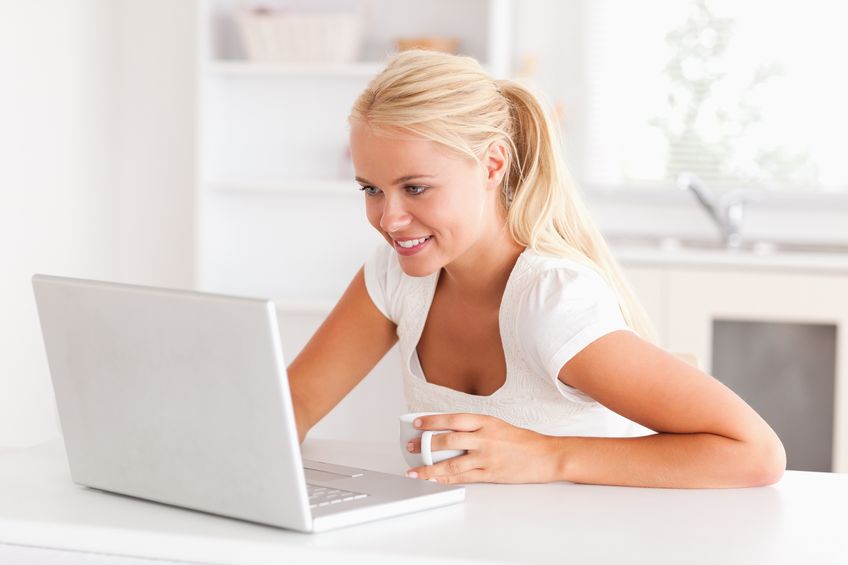 Being Fearless in Life

Tips for Women to Be More Fearless, Boost Your Confidence and Celebrate Your Mistakes

It’s a hot topic in Hollywood right now – the Hollywood Gender Gap, with 85% of films having no female directors and 92% no female cinematographers, according to the Center for the Study of Women in Television and Film. Unfortunately, that statistic doesn’t shock me, as I’m a woman in tech – where I’ve personally seen a decline in women, as I’ve advanced in my career.

While the aforementioned statistic didn’t surprise me, the decline did, since my undergrad degree was in Communications, where the class ratio was 25 females to 1 male. We graduated around the time of the tech bubble, and many of my female friends went into marketing positions in the tech space. Working in the tech world led me to Grad School and taking coursework in web development and design — where the ratio shifted to one female to every two males. An instant change, but still not quite like I see today. The longer I stay in this space, the fewer women I see. Is this in my head? What is happening?

According to a Reuters study, “56% of women leave their jobs at the highlight of their career, which is twice the quit rate for men.” According to the same study, there has been a drop in women in computer-related jobs from the 90’s until today, despite it being one of the fastest-growing U.S. professions. I can only hypothesize reasons for the statistics: women leaving at their career peak coincides with having children; wanting a work-life balance, but tech being the industry that never sleeps; feeling like there aren’t equal opportunities for women in tech. But what is great is that people are talking about it and aiming to change the conversation.

At SXSW this year, I visited a pop-up space dedicated to helping women connect. It felt like a safe place where you could drop your guard and just talk to other women in the room. There were chats within the lounge with inspirational women — from Jaime Fabricant, Senior Marketing Manager of Pepsi, to Lara Balazs, SVP of North American Marketing at Visa — on how together women can be agents of change.

I particularly enjoyed one chat about words that have powerful meanings. My favorite word, I decided during the conversation, was “fearless.” After all, must we either be the world’s greatest mom or the world’s greatest chief executive? Let’s be fearless, and not choose.

Another inspiring pop-up was the Refinery29 and Neiman Marcus School of Self Expression – “an immersive intersection of discovery, technology, fashion and play.” Where The Girls Lounge was about meeting others to discover oneself, the R29 event was about internal self-discovery. There were school lockers filled with tech products, quotes, and materials making you take a moment to learn and introspect. As I opened each locker and walked past the trophy case, it immediately just clicked. I was back in high school — but a high school with no judgment, where everyone belongs. It was about having fun, being yourself, getting a bit goofy, and rewarding your creativity.

My favorite part was probably the “Bucket List Wall,” where you write one thing you want to achieve in the next few years.  One person wrote “Make something that matters,” another wanted to really “get” taxes, yet another longs to “become a designer.” I loved the idea of writing this down, in a public space, to almost make you commit to it. Let’s commit to discovering what we want in our careers and being fearless to achieve it.

What tied this all together for me, was the SXSW session with Founder and CEO of Glossier, Emily Weiss. Emily had so many quotable moments, from “Your opinions on beauty are enough” to the concept of “self-sells.” How true is that? All too often in the beauty industry, brands are trying to tell women what we should be, when all we want to be is ourselves. Let’s own that. Blogs started because women wanted to listen to other women. However, soon that became not enough, and the false Instagram reality set us back with perfectly-staged images. It is the same in our careers. We have a vision of what we must be, and perhaps if we don’t get that we think maybe this isn’t the right space for us. Instead, Emily explained, “Celebrate your mistakes and phases.” Those are wise lessons to be had.  Those are stages that get you to where you are. We all make mistakes. Own them, learn, move forward.

And then that word “Fear” came back into the conversation. Emily’s worst fear is crickets – as in a deafening silence to a new idea. Fear that she will launch something and there will be no response to it. But if you don’t try, you won’t have the chance for the opposite to happen. Just like females in any industry, we need to push forward and realize, worst-case scenario, we hear crickets — and if we do, we keep trying. But if we don’t at least start, the decline in women in tech will continue.

So…the first step was starting this whole conversation, but now we need to take it a step further and give females the platform to feel secure in their careers. A platform I am now defining as “The Fearless Movement.“