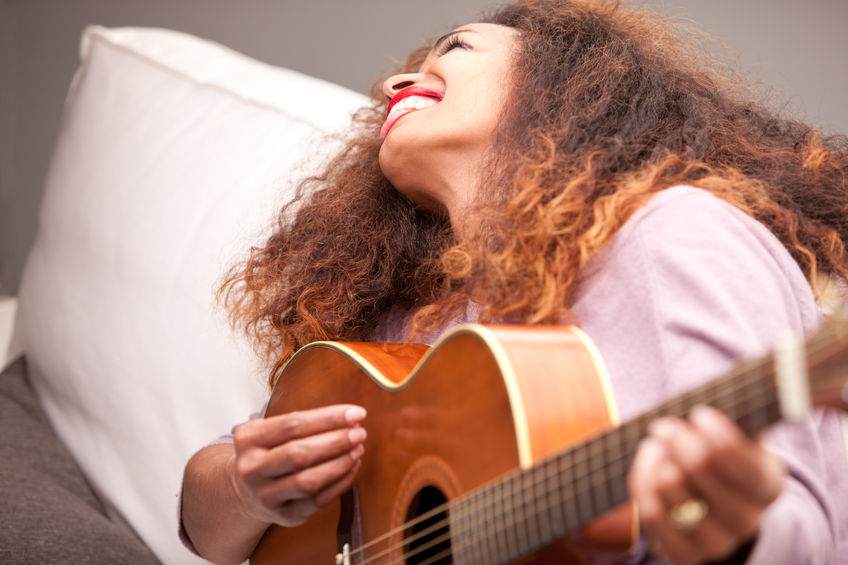 What a Master Class in Guitar Taught Me About the Workplace

Here is the definition of the term “master class”: a small class for advanced students, usually concentrating on performance skills, conducted by a distinguished musician.

I attended a master class last week given by Pat Martino, touted as “one of the greatest guitarists in jazz.” I did so because I am dating a musical man – he plays the trombone – and while there, completely unexpectedly, I garnered some interesting insights into corporate career development. Bear with me on this…

I’m not a musician. I do not know the vocabulary of music. In fact, I only learned to read music in a holiday choir a few years ago, and have decided since that I will confine my singing to the car!  Yet I realized a great deal about how to use business “hacks” and short-cuts and focus on my career strengths – while not dragging myself down about my weaknesses – during the musical master class, via some fascinating insights that Pat provided.

Define, Develop, and Cherish Your Strengths to Court Success

During the class, although I was lost, I did not expect others to slow down. Like watching a film in a foreign language – that you learned way back in high school — I listened intently for words I recognized, and watched the participants for clues. I am sure I did not gain as much from this class as the person with whom I went, but it was definitely worth my while.

Here’s why: Pat Martino talked about his childhood and how he felt socially awkward and ineffectual in school. But he had wise parents. Instead of pushing him toward areas where he did not feel successful, his mother and father encouraged his guitar playing, where it turned out he has near-genius abilities. He ceased his formal education in the tenth grade, and instead devoted himself to performing with the most gifted musicians from whom he could learn.

Each of us has gifts and weaknesses. If we focus only on our “development areas”  — as we are often pushed to do both in school and at work — we may not develop our areas of great strength. But if we concentrate on our genius, we can become a master of our craft.

Let me give you an example: At my last job, a brilliant marketer reported to me. When I started, my boss told me he was worried about her because she had a hard time presenting at large meetings. Instead of pushing her to present at large meetings, I created opportunities for her to work with senior staff and key vendors one-on-one. She was poised and articulate — and created great marketing programs in those meetings because she was in her element. So why push her to do something she was not comfortable doing when I could find other ways for her brand of brilliance to shine?

Use Creativity as a Streamliner

Second major insight: If we examine our job, we can use our strong areas to morph more complex areas toward those strengths.

For instance, although Pat is gifted, he still uses musical short cuts to make life easier.  A great lesson, which is: why do it the hard way? He explained how he reworks complicated jazz chords into other chords that play to his strengths. He called this part of the class “Complexity to Simplicity,” where he taught musicians how to “transfer chordal frameworks into unified substitutions.”

And clearly, as mentioned earlier, I don’t have the musical training and expertise to do that! But the metaphor is apt, and I could relate it to cooking, for example, where I can read a very complex recipe with two dozen ingredients and simplify it to the most basic food items and critical cooking steps — and still get a wonderful result.

And as for the office: I can be overwhelmed with dozens of suggestions for projects I lead. So just like the chords for Pat or my recipes, I look at the list, and then select the key ingredients. Then I see if I can put those simpler parts together to get the result I seek. I find that so often, well-meaning people complicate things, by offering suggestions for tons of extra work that lead to little or no gain.

How can you apply that to your work? When presented with an overwhelming assignment, see if you, like Pat, can “transfer frameworks into unified substitutions.” In other words, keep it simple, and think about restructuring a project to simplify and streamline it, while specifically using your strengths. Can you skip a few steps in a process and still get a great result? Can you do the job your way and offer the team what they need, so everyone’s happy?

Here are some examples:

This fertile, brain-storming type of approach is often the province of right-brain individuals – like musicians.  But it can be helpful in the business world, too. So I encourage you to attend a class where you’re the student who is lost. Being thrown into an unfamiliar environment often causes the brain to work in creative ways, where it quickly makes unique and quirky connections (classic unexpected “lightbulb moments”) in an attempt to make sense of the unfamiliarity.

So while I look back on that class and know for sure that my take-home lessons were not the same as the musicians attending, I nevertheless know for certain that I realized a great deal – about making things easier in the workplace!