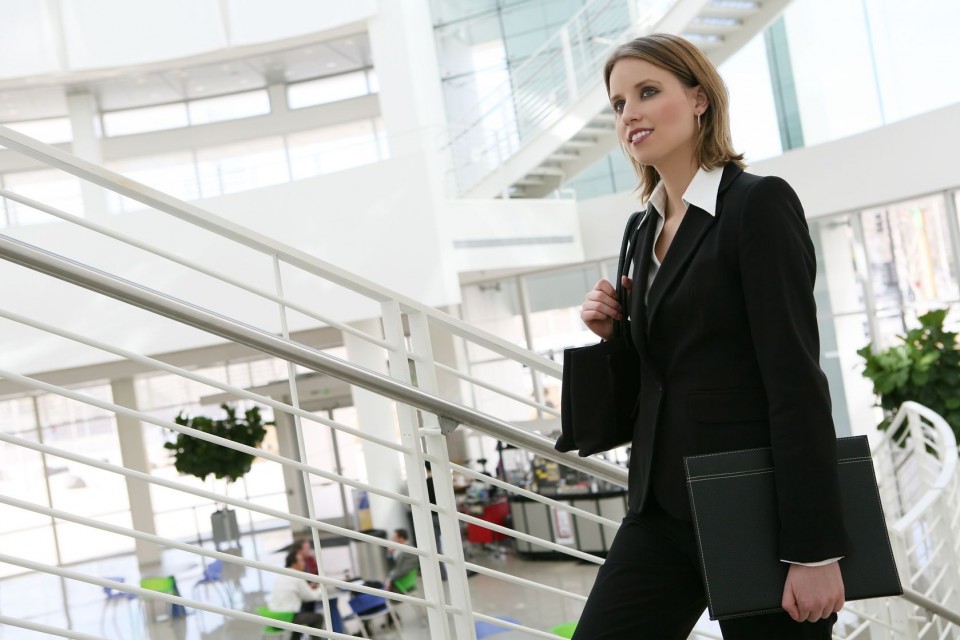 The Influential Power of Non-Verbal Communication “The most important thing in communication is hearing what isn’t said.” -Peter F. Drucker

Picture this: a woman tries on a skirt in a store.  As she twirls around to catch her image in the mirror, the skirt flutters.  Closed, the skirt seemed to be a uniform black shade, but slight movement has changed the shape of the garment, and now the narrow, chiffon pleats widen to reveal alternating black and white panels.

At first, the customer had loved the sedate look of the black, pleated skirt, but soon realized that movement imbued it with an unruly feel that, for her, was uncomfortable.  She didn’t say those words; she just said:  “It’s making me dizzy!”

What happened was this: the skirt had its own language – “clothes-ese” – that was foreign to her and a mismatch for her personality.  The jazzy design elements (often called “visual literacy”) of the skirt were dramatic, but also incongruous with the calm stability of her personality.  They simply didn’t accentuate who she was, or give her the confidence she was longing for – both key elements when choosing clothes.

The Mysterious, Visual Vocabulary of Clothes

We all know that our clothing is important, especially in the work setting, but what may be unfamiliar is a clear sense of what our clothes are communicating — not only to others, but to ourselves.

Put simply, the language of clothes arises from their design elements, which are color, line, shape, fabric, and pattern, along with how these are artfully blended together. The latter is particularly important, because each element has its own innate message, and when combined, the mixed effect can be either more potent (good), or more jarring (bad).  (An example of jarring: a hot-pink gabardine raincoat, because the mix of a bright color, conveying “energetic and stimulating” qualities (see below) clashes with the “grounded” quality of a firm fabric.)

Here are three distinct types of design elements, along with their “innate messages”:

But you don’t have to have an art degree to know that that the non-verbal communication of clothing is important, along with the messages transmitted via body language, as will be discussed below.  The important point is that when your internal self never gets properly reflected on the outside, it’s difficult for people to perceive your true personality, simply because your non-verbal communication may be sending a different message from that internal self.  When this happens, people can respond to you in a way that is very divorced from what you are seeking.

“Long before we are close enough to speak, we announce ourselves.  We reflect important information about ourselves…the language of dress, grooming and the body is far more persuasive than any spoken language.” -Alison Lurie,  The Language of Clothes

For example, if you are an outgoing, giving, ambitious woman who dreams of becoming a leader, but you dress in drably-colored, shapeless clothes, you may be perceived as blending into the background. You become invisible in a sense, even when you’re right in front of someone. If your boss is slow to promote you at work, or you don’t feel “heard” by important people in your life, these factors may have less to do with your true personality, and more with how you’re presenting yourself non-verbally.

It is crucial to pay attention to all facets of non-verbal communication.  In fact, body language — facial expressions, tone of voice, head movement, eye contact, and hand gestures — may play a bigger part in this area than clothes. Are you fiddling with your clothing, pulling, pushing, re-adjusting?  Is your posture open or closed?  Are you biting your fingernails, making facial expressions you don’t realize, or maintaining an awkward stance that says you are uncomfortable communicating?  All of these so-called “kinesics” contribute to your image, public persona, and confident sense of self in the outside world.  And “success, it turns out, correlates just as closely with confidence as it does with competence.”  (The Atlantic, April 2014)

The Science Behind the Image You Project

The first real usable statistics regarding body language came from Albert Mehrabian in 1981.  His formula essentially measured the incongruity between spoken words and facial expressions. He concluded that about fifty-five percent of a conversation’s meaning is conveyed thru facial expressions, with only seven (!) percent of meaning arising from the spoken words themselves. The remaining thirty-eight percent is communicated via the “paralinguistic” way in which the words are delivered (tone of voice, etc.).

More recently, Malcolm Gladwell, in his book, Blink, makes a case for the prevalence of “thin-slicing” or snap judgments.  The general assumption was that it takes the average person 7-30 seconds to appraise someone, without having done any research about them.  Gladwell argues instead that it happens “instantaneously.” And research from studies in 2007 and 2011  tell us that so-called “impression management” makes a difference, and that “dressing professionally is particularly critical for women.”  So what does all that mean, as far as maximizing that initial, crucial window of time when others are gauging us?

Well, the good news is that while a snap judgment may help us assess a critical  situation, take action quickly and maybe even save a life, it does little to help us dress authentically. On the contrary, we should focus on compiling a large pool of “data” before we get dressed in the morning.  Some questions that may help produce your own trove of data could be:  “Am I entering my closet with joy and ease?  Am I frustrated because of too many clothes, not enough clothes, or a lack of complete outfits?  Am I wearing clothes that are purely functional, but don’t flatter my body or say much about me?”  After all, if your clothing is uninspired, so is the non-verbal message you’re communicating to the world.

Use Clothing to Express Your Inner Vision

The more you acknowledge and unravel who you are from the inside, the simpler it becomes to express your personal presence and style on the outside.  Often because of lifetime struggles and unhelpful feedback from others, we find it difficult to make smart choices: “How much of my hard-earned money should be spent on clothing?  What colors, shapes, fabrics, and patterns are best?” The answers need to support your life purpose and goals, so that your clothing becomes an extension not just of who you are, but also an aid to get you where you want to be down the road, professionally.

Being accountable and responsible for these answers determines the visible statement of who you are in this world, and who you want the world to see. Put simply, you want to get dressed in the morning and get on with your day, so that you can focus on what really matters. Your clothing then becomes a silent — but very important — conduit to help further your goals and dreams.