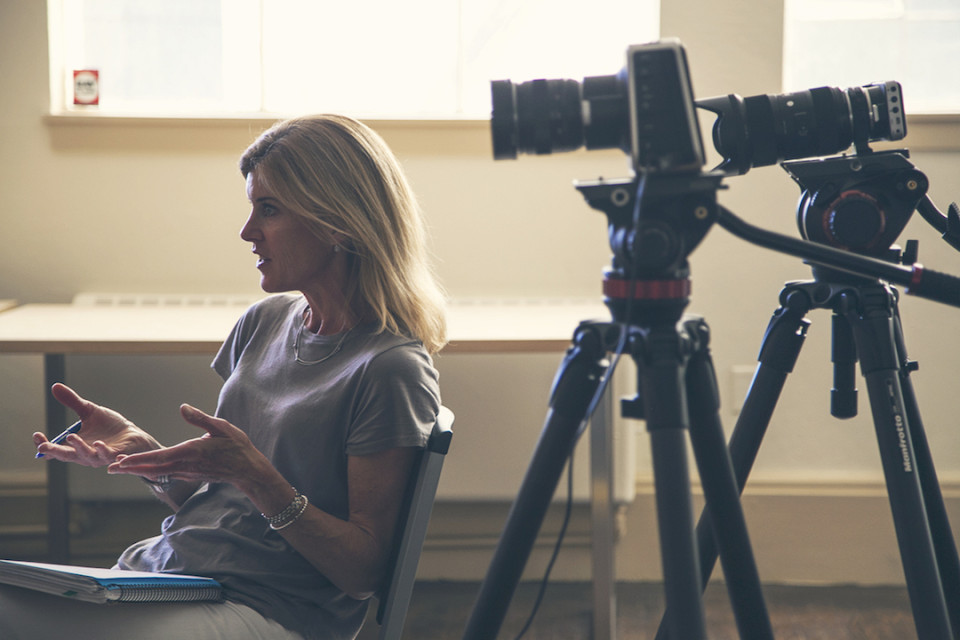 It takes approximately one generation to change a mindset. Which is exactly why Robin Hauser Reynolds is working around the clock to promote women in technology. Earlier this year, she wrapped her second feature-length documentary, Code, which delves into the reasons behind STEM’s unfortunate gender gap, as well as the need to fill it.  Now her mission is to ensure that the film gets seen, heard, and produces debate. 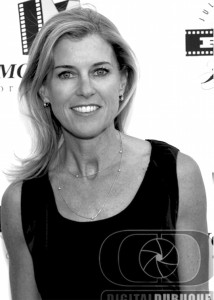 Code opens on a group of young girls discussing what a computer scientist looks like. Without fail, they all agree, it’s most likely a man. “What this tells us is that there are very few role models out there for young women,” says Reynolds. “Hollywood has faults here too – they don’t show women leadership in the STEM field”(encompassing Science, Technology, Engineering and Mathematics).

Today, college graduates are sixty percent women, yet fewer than eighteen percent of computer science majors are female. So understandably, Reynolds’s first question when she began this fourteen-month project was: “Why aren’t more women studying this?” What she found may not surprise her audience, but is still cause for alarm. In 2011, only twenty-eight percent of those graduating with a masters degree in computer sciences were women, and for women holding with that bachelor’s degree, the number dropped to just eighteen percent, the lowest ratio since 1974 (Computer World).

Reynolds sees it thus: “It stems from a cultural mindset. It starts early, as bias, in how parents parent kids. More often than not, we let our sons spend more time online, while we steer our daughters towards dolls and drawing. It sends the message that girls aren’t supposed to be good at computers or sciences.” Of course, it doesn’t all come down to parenting – there are multiple clogs along the educational pipeline as well, according to Reynolds. “It also comes down to the way kids are taught, what classes are named, how the classrooms look – they’re often set up like a boys’ club, and again, there are no role models.”

Besides this growing awareness on her part, a personal experience spurred Reynolds to create Code: one day in the fall of 2013, the same year that Computer World reported the low numbers of female computer science majors, Reynolds’ received a call from her daughter, a University of California Berkeley student who was studying computer science at the time.

“Mom, it’s just ridiculous,” she confessed. “I’m one of two women in all my major classes.” The student, exhausted and “shaken” by the numbers, was readying herself to drop her major all together.

“Her perception then was that she was failing,” explains Reynolds. “She wasn’t, but because she had so little support, and no role models, she was ready to completely switch majors.” Simultaneously, Reynolds’ friend – and producer of her first film, Running with Jim – Staci Hartman noticed that her daughter, who was working in a non-tech role at Snapchat, was having a similar realization. Hartman’s daughter had also confided in her mother about the lack of women in her workplace. So together, the two filmmakers set out to investigate.

Among her discoveries noted in Code, which is based off a series of interviews with multiple women who’ve made it in the tech industry: that surviving in the field can be just as hard as getting one’s foot in the door. “A lot of times it can feel like ‘death by a thousand cuts’ — women often feel like they have to prove their worth every day,” she elaborates.  Also: “The majority of the room listens when I say this is a serious economic issue.” It comes as no surprise that tech is one of the fastest growing fields in both America and abroad, yet the industry is growing three times faster than colleges are graduating students with computer science degrees. So when Reynolds says this is an economic issue, she means that “By 2020, there will be one million unfilled software engineering jobs in the USA.”  So the ramifications to the gender disparity situation are much larger.

Despite these sobering facts, both Reynolds and Hartman were determined to make a movie that everyone could both enjoy and learn from. While Code doesn’t sugarcoat the numbers, the duo put considerable effort into making something that was anything but a “whiny” female film. “What we found was fascinating,” Reynolds sums up.

Getting the Directing Bug, and Finding the Good News in the Tech Industry

Coincidentally, although Reynolds has never been in the tech industry, she did take a coding class as a junior at UC Berkeley. But she’s no stranger to business.

After graduating with an MBA from Thunderbird School of Global Management, Reynolds worked as a stockbrocker for some years, as well as a professional photographer. In 2013, she landed an opportunity of a lifetime: a chance to co-direct a documentary on cross-country coach, Jim Tracy, and his battle with Lou Gehrig’s disease, called Running with Jim. Reynolds, co-director Dan Nash, and Hartman co-produced the award-winning film. 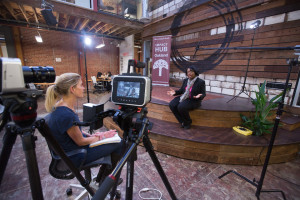 “I got the directing bug after that,” says Reynolds. “I knew I wanted to make another movie, and I knew I wanted to make something relevant.” It wasn’t too long before she and Hartman once again joined forces to make Code, which was an Official Selection at the April 2015 Tribeca Film Festival in New York and the Bentonville Film Festival in Arkansas in May 2015. The pair threw themselves into Code, and created the finished product after only fourteen months of work.

As the director and co-producer, Reynolds had a big role in getting the film funded. “It’s very difficult to raise money to make a film, but when you pick a topic that people care about, it’s easier.” In order to get sponsorship, the Code team put together a “great” teaser trailer, which they sent out to multiple companies and corporations across the country. Citi Ventures, Citibank’s’ “global corporate venturing arm” was the first company to help back the documentary. Though Reynolds and Hartman made the conscious decision to have multiple sponsors – as opposed to just one – Reynolds does note that gaining additional backers was much easier once a big name was on board. Aside from Citi, PayPal, Capital One, Ericsson, Intel, Dell and more helped sponsor the film.

Luckily, Reynolds has also discovered some of the tech companies that are hard at work tipping the scales towards more equal numbers. She praised almost all of Code’s corporate sponsors for trying to rectify the current situation, along with giving special recognition to several other big name companies: for instance, Etsy, the e-commerce website known for selling handmade and vintage goods, has gone from a staff of three percent women to thirty percent in eight years. She also recognized that the Internet domain company GoDaddy, famed for its controversial Super Bowl commercials, is making serious headway.

“Everyone thinks of GoDaddy as a sexist company, but in the last two years they’ve made a big effort to get behind and support women in the field,” says Reynolds. “It’s just an uphill battle.” She also notes that the Scandinavian company, Ericsson, is working hard the hire and retain women staff.

After a year and a half of working on this project, Reynolds is quite certain of one thing: “There’s absolutely no doubt that when you add diversity, your product is able to reach a much broader audience.” She notes a recent study that reports when a woman is added to a team, both the “collective IQ” and productivity increases. In January, The Atlantic also reported on a similar study, stating: “Since women score higher on this metric of emotional intelligence, teams with more women tended to be better teams.”

Having completed the documentary, Reynolds admits that she was surprised by all of her findings, but she was equally thrilled that there was a margin of “extremely passionate people”  she had the pleasure of working with. “You need that when making a film like this!” she explains.

Audiences can definitely expect to see another film from Reynolds. The Marin-based filmmaker proclaims: “I truly love directing – I love having a vision and seeing it come together on screen, and I love interviewing people.” But, for now, she’s focused on promoting and touring with Code.

“Believe in your ability to make a film and see it all the way through,” she urges. “From there, just charge ahead. I haven’t been to film school, but I think there are rules out there that can be broken, so just trust your instincts and be politely tenacious.”