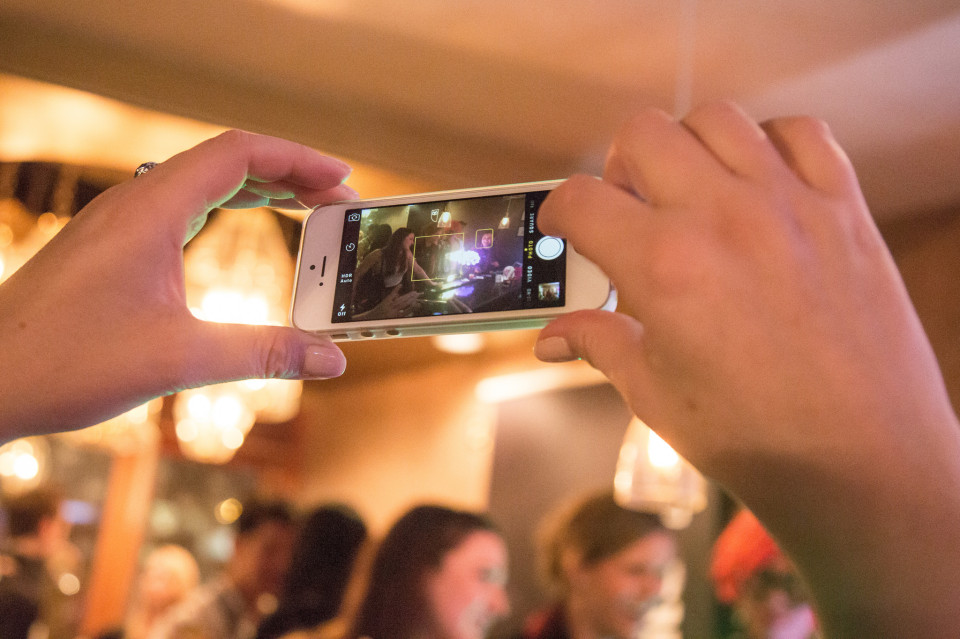 I direct Business Development efforts at Openbox, a design and innovation consultancy in New York City. The company works in both the public and private sector, allowing me to develop empathy for a myriad number of community structures.

My interest in diversity and gender inclusion is both professional and personal. I was excited to see these themes in the programming for SXSW 2015, and I arrived in Austin eager to meet others who share my passion for inclusiveness and collaboration.

Estimates are that more than 41 percent of SXSW 2015 attendees were women, a strikingly high number for a tech conference. Sessions with topics like “Boardroom or Baby? The Choices Women Have in Tech,” and “Is it Finally the Age of the Woman Entrepreneur?” addressed the scarcity of women in tech and their struggles in the rarefied male-dominated world of venture capital.

Michelle Zatlyn, Head of User Experience at CloudFlare, a website performance company, and Matthew Prince, the company CEO, led a panel called “Lean On Is the New Lean In.”  As co-founders of CloudFlare, they have examined closely the male/female dynamic at work, and are passionate about cultivating a truly diverse community. Their team is populated not only by a great many women but a plethora of nationalities and ethnic backgrounds; in fact, CloudFlare employees speak more than twenty-three languages! Zatlyn and Prince believe there is no place for ego in the office; they strive for a “grown-up” culture to authentically protect the work life balance.

During the panel discussion, Matthew shared how he had expressed shock at the treatment Michelle received as a female executive. As her business partner and friend, he was frustrated by the consistent skepticism he encountered about her role in the company, especially in the early days. In one important meeting, an investor from a well-regarded VC let slip that he couldn’t foresee investing in an internet company with a woman on the board. Before founding CloudFlare with Michelle, Michael had not understood the severity of the issue.

They have worked to create a better environment in their organization. Michelle fits the model of a “Lean In” woman: Taking a big career risk and focusing all of her attention on a new endeavor in unfamiliar territory; she had no prior internet organization experience when she met Michael in graduate school. She married and had a baby at the same time that CloudFlare was in a rapid growth phase. She did all of these things with the aid of a trusted business partner she could lean on. She also consistently prioritized work-life balance, being hyper-efficient at work, but home by 6:30 every evening, where she then set work aside.  She demands a high standard of excellence and empathy in order to oversee the growing work force and cultivate a culture of respect and productivity at CloudFlare.

Matthew and Michelle each shared stories of holding the other accountable, and they recognize that the concepts of diversity, gender inclusion, collaboration, and mutual respect are integral to their success. I am fortunate to work in a similarly collaborative environment at Openbox. On the job, I am free to be myself. That hasn’t always been the case, and like most women I have experienced and been witness to gender-based discrimination many times in my career.

It still happens; our business communities, our schools, our neighborhoods and associations all play a part in perpetuating systemic discrimination. Even at SXSW, persistent stereotypes lingered amidst the optimistic conversation. Immediately before the “Lean On is the New Lean In” panel, a venture capitalist in the registrant tent tried to flatter me with the remark that, “For a little girl, you sure do know a lot about the tech industry.” I am short of stature and slight of frame, but I’m not a little girl, and I won’t be patronized like that.  I realize that the remark was meant as a satirical compliment — but in truth, it is proof of an underlying ignorance that is in need of some corrective awareness and education!

There were also, of course, hundreds of parties at SXSW. At Openbox, we are focused on education in science, technology, engineering, and math, so I went to the Technology for Humanity party IEEE to celebrate STEM education, hosted at the Driskill Hotel. There, amongst the robots, I met two Englishmen, the founder and an executive of a successful start-up digital agency. They had recently signed with an athletic giant and traveled with the brand to a war zone in Africa. They were bright conversationalists with big ideas.

My colleague mentioned a “Women in Coding” meet-up, and our new acquaintances from the U.K. expressed surprise at the omnipresence of diversity-themed conference programming. Astoundingly, they had not recognized lack of diversity as an issue, insisting that they harbored no bias, as evidenced by the women who worked at their firm (two of twenty, it turned out). They were perplexed, if not bored, by the conversation. They eventually conceded that their position as successful white males informed their perspective. I liked them, but they were frustrating. We carried on.

It can be awkward – you’re there to promote business, not to proselytize for feminism — but it is important to address even unwitting sexism. Even in the supposedly enlightened twenty-first century. As female executives, we feel a silent pressure to dismiss it or brush it off —to condescend back to men who “don’t know any better.” Not wanting to appear inflammatory or whiny, we let it go. And it goes on – but our silence and our seething tolerance aren’t helping anyone.

Awareness like this is the first tool to disrupt bias in the work place, including bias against women. Women like Michelle Zatlyn are inspiring, but we still have a long way to go, and I found some heartening encouragement at SXSW in an unlikely place.

I attended former Vice President Gore’s SXSW keynote “The Climate Crisis: Challenge and Opportunity.” Gore’s message was compelling:  He asked us each to push the conversation forward. To bring up the uncomfortable, to argue with climate-deniers, to take agency, and, through our consumption choices, to compel business to act.

This tactic is important for climate change. And I realized that it is also exactly what is needed to promote diversity and gender inclusion. I urge us all to adopt the same tactic to achieve true gender equity. Conversation is a powerful tool; let’s use it to disrupt stereotypes and forge an empathetic perspective in all of our communities.

SXSW is over for this year, but I will continue to confront prejudice and bias with invitations for discussion. I hope as everyone recovers from the tacos, corporate sponsors, inspiration and education in Austin, they can continue the conversation, too.