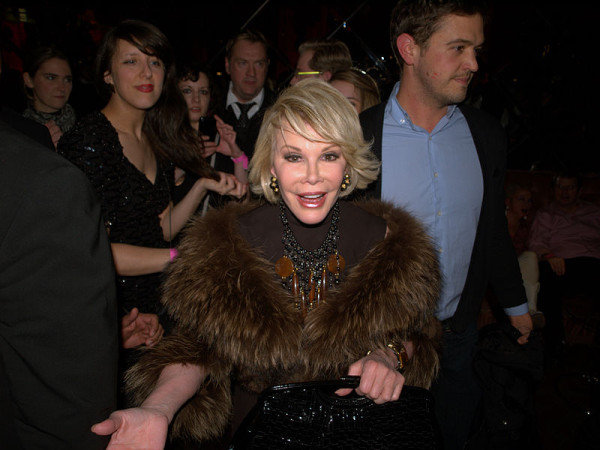 Farewell to a Comedy Icon

Last week, Hollywood Suffered Another blow to Its All-Star List with the Passing of the Notorious Joan Rivers

81 years young, Rivers’ unexpected death has left celebrities – and the rest of the world – mourning, and for good reason. Though always a contentious star, Rivers most definitely left a memorable mark on pop culture. 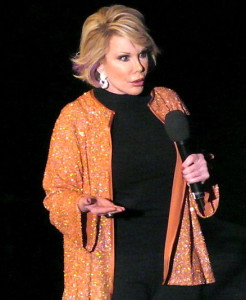 Though television fanatics of today may only know Rivers for her plastic surgery obsession and her biting fashion commentary on E!’s Fashion Police, Rivers was a revolutionary in terms of modern comedy. Her dark, relentless, and right to the point humor – though frequently controversial – helped paved the way for today’s well-loved funny people, including acts such as Louis C.K., whose show she guest-starred on in 2011.

It’s well known that her career took off in 1968, after she appeared on Johnny Carson’s The Tonight Show. Yet it’s a lesser-known fact that she was hired as a writer for the show as well, and eventually became a permanent guest host, second only to Carson. Though Rivers referred to Carson as her mentor, the pair had an irreversible falling out when she left The Tonight Show to host her own late night series (which also helped launch the now network-staple, Fox) The Late Show With Joan Rivers. She was 53 when she made the career jump.

But life wasn’t just fun and fashion games for Rivers. She was truly an American Dream spokesperson for her clarity in knowing what she wanted and her determination to not allow life’s disappointments to hinder her rise to stardom. Though her Fox show was short-lived, it succeeded in making her the first woman to host late night television on a major network.

In fact, the late star holds many firsts in the world of women and Hollywood. Several years before she would leave The Tonight Show, Rivers graced the stage of Carnegie Hall as their very first lady-comic performer. Two years after her departure from late night, she started The Joan Rivers Show, for which she won a Daytime Emmy for Outstanding Host.

Always a formidable force in the entertainment world, Rivers also mastered the title of producer, film director, and Broadway star. Of course, her writing skills were always close at hand for many of her creative ventures, as she authored many of the screenplays and theater plays that she worked on. Her most notable performance came in 1994, when she co-wrote and starred in Sally Marr and her Escorts. For playing the icon comic Sally Marr, Rivers received a Tony Award nomination for Best Actress. Over the span of her career, Rivers penned nearly a dozen books, including one memoir, all of which have become bestsellers.

However, among all the talent Rivers possessed throughout her lifetime, perhaps the most admirable one was her ability not just to reinvent herself, but to maintain relevancy. Just eight days before her death, Rivers posted the latest episode of her online show, In Bed With Joan, to her Facebook page – which happens to have over 985,000 likes on its own. With another two and a quarter million followers on Twitter, Rivers earned herself multiple generations of fans. 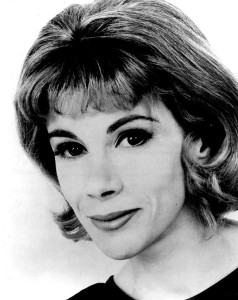 It was in the early nineties that Rivers started down the road of her fashion career, though never leaving her comedic roots. By 1994 she hosted her first pre-award show, and today, her “red-carpet commentary” (as Deborah Norville called it at Rivers’ memorial on Sunday, according to the New York Times), created a snowball effect on both award shows and celebrity fashion in general.

“Joan Rivers changed the world of red carpet forever when she asked the question, ‘Who are you wearing?’” The Fashion Police wrote on their Facebook page two days after Rivers’ passing. The opinionated fashionista was one of the show’s four hosts since its creation in September of 2010.

Unsurprisingly, Rivers managed to make a business out of fashion. Her jewelry and clothing brand, Joan Rivers Classics Collection, is a longstanding hit on QVC with over one billion dollars in sales, according to Forbes. A frequent presenter of her designs on the shopping network, Rivers also left a huge mark on both the network and their shoppers. After the news of her death, the station created a two minute long tribute video to the star which is currently posted on their website.

“We are greatly saddened by the loss of our dear friend Joan Rivers,” wrote QVC President and CEO, Mike George. “She has been a special part of our QVC family for 24 years, and we knew Joan not only as an extraordinary comedian, writer, producer and business leader, but as a generous and caring spirit, who inspired us to be better every day.”

A Brooklyn native, Rivers died Thursday September 4, a week after going into cardiac arrest. Though a terrible loss for the comedy and fashion worlds, her daughter, and reality television costar, Melissa Rivers summed it up best in her last public statement. “My mother’s greatest joy in life was to make people laugh. Although that is difficult to do right now, I know her final wish would be that we return to laughing soon.”