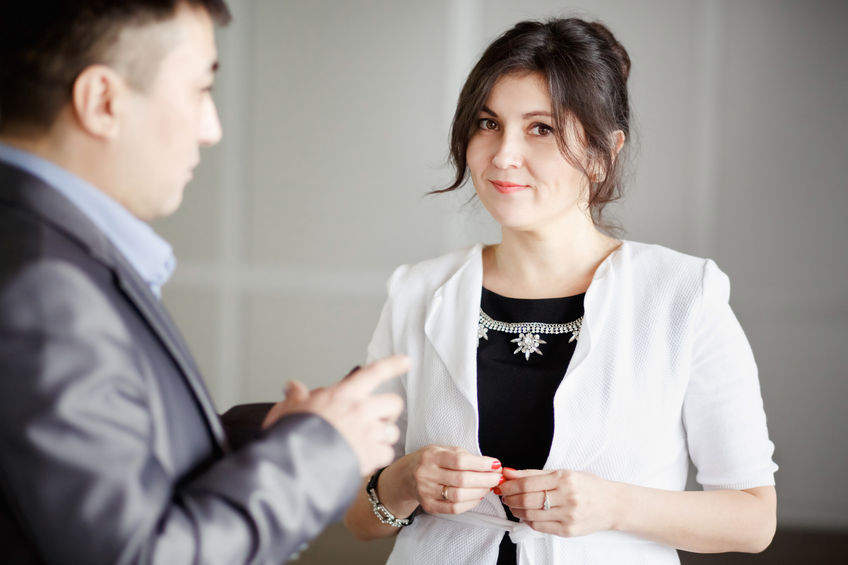 3 Major Professional Networking Faux Pas & How to Avoid Them

Walk into any business networking event and there are usually two types of people you are most likely to meet: one set is full of those who are inspiring and interesting. You would be glad to encounter them and have another conversation with them in the future. The other set is comprised of people whom, frankly, you wished you had never met; they either bored you to death with their talk, or did something rude or disrespectful. I am quite certain that we all want to be part of the first cool set of networkers.

So, what can we do to avoid being one of those terrible networkers that we wouldn’t want to come across?

1. Looking Over Someone’s Shoulder & Not Paying AttentionLast month I attended a Women’s Day Celebration Conference in Hong Kong. As I was navigating the huge crowded room, I came across a familiar set of senior women leaders. I had earlier met them on several occasions, and thought I would go and say hello. As I began to chat with the group, I experienced two very contrasting behaviors.

One of the persons there made eye contact and complimented me on one of my recent success at work. She mentioned she had found out about it through my LinkedIn recommendations. I thanked her sincerely and asked about her speech she had recently delivered to a group. After a few minutes, she gracefully exited the group, saying that she would like to go and say hello to some other people in the room.

The other experience was not so pleasant. The conversation started with a fake smile (it is easy to tell). As I began to talk, I could see the person’s eyes fleeting past my shoulder and scanning the room to find someone perhaps more “important” to talk to. This happened twice. I cringed. She was hardly listening to what I was saying. And although she was there physically, it was clear to me that she wanted to be elsewhere. I immediately moved my focus to some of the other ladies in the group and avoided striking up a conversation with her for the rest of the afternoon.

The two experiences once again confirmed to me the importance of being present while talking to someone. It is so difficult to chat with someone who is paying half-hearted attention or looking over your shoulder. It is the one of the worst mistakes that any individual can make. It is also disrespectful and unprofessional.

Bypassing this Blunder: If you want to go and talk to someone else, be forthright about it. Thank the other person for their time and move on. No matter what stage of career you are at, it is very unprofessional to neglect the person who is speaking with you.

2. Having a Group Party with Your ColleaguesEarlier this year, I went to a networking evening. As usual, on entering, I scanned the room to see who could I go and talk to. In one corner, I spotted what looked like a group of colleagues or friends, huddled up, giggling and chatting.

At the other corner, I saw three professionals who were talking to each other in a not-so-close huddle. Their body language was open, and they were standing at a slight angle from each other. There was a room for another person to join the dialogue.

In a second, I instinctively decided to join the second group. After about fifteen minutes, I left this group to go and get some water, and what do I see? The first group was still standing in the exact same place with the same set of people in the same way. There was no room for anyone to enter their chat. As I moved through the room that evening, I observed that this group did not move at all. I am not sure if they ended up meeting anyone new that day.

This is a mistake that I have seen many professionals make. When you are involved in a very cozy comfortable conversation, outsiders will be deterred to join you. This makes you lose out on opportunities to form new ties. You also miss out on the very essence of being at a networking event.

Bypassing this Blunder: If you are attending with your colleagues, make it a point to move around and meet new people together. You can be “Branding Buddies” for each other by highlighting other’s success stories when talking to new people.

3. Chatting About the Weather or Other Clichéd Small TalkLast week I took my 2 year-old to one of her playgroup classes. All her little adorable class mates gathered around their teacher, who in a very animated voice asked them, “Shall we sing ‘What’s the weather like today?’ ” And soon enough the room echoed with melodious chorus of “What’s the weather? What’s the weather? Like Today. Like Today.”

Why is this relevant? Because I believe that weather is a great conversation starter – for a group of two-year olds. However, if I am at a business networking event, the conversation I want to have is more engaging and meaningful.

There is nothing technically wrong in asking or talking about how humid or hot the day has been. It seems to be a harmless ice-breaker. However, it is one of the most clichéd entry to a conversation. One that has been used and overused. People grow tired of small talk and pointless conversations. That is what makes networking fake and energy-sucking.

Bypassing this Blunder: Try asking a genuine and simple question instead. For example:

Ask something that gives people a chance to tell you their story. That is what will help you stand out and stay memorable.

Above all, remember that networking is about relations, not connections. By making sure to avoid some simple yet serious mistakes, we can improve the networking experience for everyone, including ourselves.