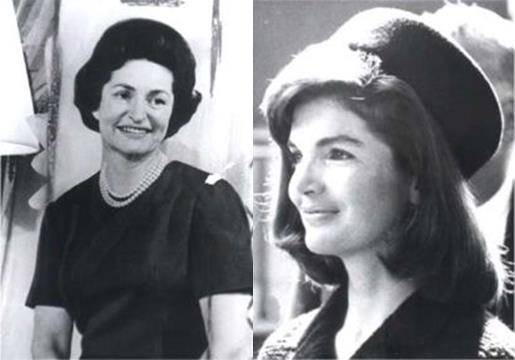 “Our lives are a mixture of different roles. Most of us are doing the best we can to find whatever the right balance is . . . For me, that balance is family, work, and service.” – Hillary Rodham Clinton

On President’s Day, we recall some of the greatest men in the world, but should also remember the contributions of the First Ladies, most of whom helped their husbands attain the White House. Often the demure beauties on the arms of gruff, driven men, some are not content to stand by their men and watch.  (Who could forget Hilary Clinton’s comment about sitting around and standing by her man?)  Outspoken first ladies, sometimes, come under fire for the very backbone that serves to support their husbands’ campaigns. These exceptional First Ladies left their own mark on the nation in very different ways.

Edith Bolling Galt Wilson – The Secret PresidentFirst Lady Edith Wilson married President Woodrow Wilson when she was a widow and he, a recent widower. When President Wilson had a stroke, he could conduct few of his previous duties. Edith Wilson, at the suggestion of the President’s physicians, selected which items her husband would address each day and then dealt with many of the other tasks for him, thus making her the de facto female president of the United States. Although she was adamant that she did not make executive decisions for her husband, she did decide which matters were important enough for his attention and thoroughly read every correspondence to the president.

She used her personal inheritance to finance Lyndon B. Johnson’s congressional campaign and then ran his office while he served in the Navy. She invested part of that inheritance into a radio station, then a television station held by LBJ Holding Co., for which she served as President.

As First Lady, she was instrumental in the passage of the Highway Beautication Act and was the first president’s wife to have her own press secretary. She was a recipient of both the Presidential Medal of Freedom and the Congressional Gold Medal, the highest US civilian honors. Lady Bird Johnson was also the first First Lady to become a millionaire in her own right.

“Elegant” is the best adjective to describe both Jackie Kennedy and her wardrobe. She demonstrated that grace and elegance are always in style. Her frequent trips abroad in her youth certainly influenced her attire, and her favorite designers quickly became American favorites. Gowns, like this one by Oleg Cassini (JFK Presidential Library and Museum) demonstrate her fondness for the use of bold colors and classic lines to highlight her statuesque frame. Her daytime wardrobe, like her demeanor, was understated and balanced elegance with practicality. Jackie Kennedy was wife and mother first, unofficial curator of the White House, American history and arts museum second. Her support of the arts spread culture across the nation. 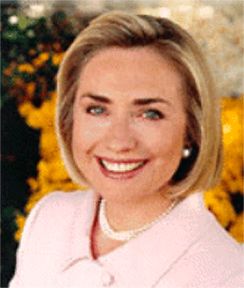 Hillary Rodham Clinton – Wife, Mother, Senator, Secretary of State“Our lives are a mixture of different roles. Most of us are doing the best we can to find whatever the right balance is . . . For me, that balance is family, work, and service.”

Most professional women strive for exactly the balance that First Lady Hillary Clinton mentioned. A graduate of Yale Law School and successful in her own career before her husband became President of the United States, Hillary Clinton often faced the court of public opinion in her terms as First Lady over minutiae such as her decision to stand by her man or her latest hairstyle.

Known for her tireless advocating for women and children’s issues, Hillary Clinton expanded her reach when her husband left office. She made First Lady History when she represented New York in the U.S. Senate and later served as Secretary of State. With rumors of a presidential campaign in 2016, one could reason we have not seen the last, or the best, of Hillary Clinton yet.

Each First Lady brings her own special flair to the role, some in large ways, some in small. We love to analyze their inaugural gowns and pet projects, but we know that America would not be the same without their influence.