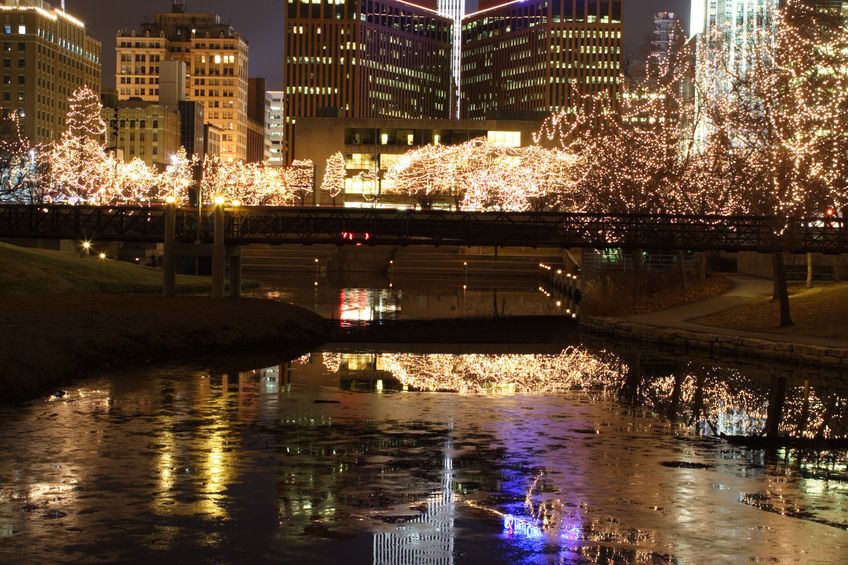 One of the many things I love about what I do is the chance to connect with emerging startup communities. It’s great to have these clusters of fledgling organizations in Silicon Valley, New York and Boston, but if technology is to be the economic driver of choice, we need to have strong startup communities in every state. 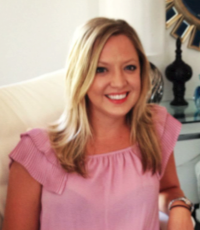 Case in point: for the past two summers I’ve been a mentor for StraightShot, an Omaha, Nebraska-based startup accelerator launched in 2013 by Dundee Venture Capital’s Mark Hasebroock. This past August, as I headed back to Omaha to mentor the latest group of companies to join the StraightShot family, and to participate in a startup community event with friends and fellow mentors Adrienne Graham and Jeff Slobotski, I was introduced to Erica Wassinger.

A passionate, people-focused leader, this tenacious PR pro with a knack for developing authentic, mutually beneficial relationships for her clients, is now taking her connecting and curating skills to the next level as the managing director and co-founder of Omaha’s next startup hub, The Wareham, a huge building that hosts several entrepreneurial outfits.  The Wareham is part of the strengthening of Omaha’s startup environment – which I know will happen with Erica’s impressive drive, focus and connections.  As Erica told me, “I look for ways to connect people with others that can help them get closer to where they’re going.”

As constant interrupters who get excited by ideas that are a little bit crazy and ambitious, Erica and I bonded instantly!  And yes Erica, I have to agree, the worst is a bad hair day that coincides with the day of a big pitch.

Entrepreneurs and startups in Omaha (and beyond),  get to know Erica below.

Who are your heroes?
There are so many people who inspire me and have invested in me. To me, a hero is someone who pays it forward in whatever capacity they can. More specifics on who inspires me later.

What is your current challenge?Right now, we’re trying to give entrepreneurs more of a home base through the creation of The Wareham, a place for people to meet up, start up and move up. It’s the hardest yet most exciting thing I have done to date. I am sure we’ll mess a ton up. But with the continued help of Omaha and our fans across the world, we’ll get there. And it’s going to be really good!

Your greatest achievement?Being brave enough to leave a cushy, corporate job to join the not-so-stable but oh-so-exciting startup world.

What is your motto?
“Get out of the way” – but it’s important to note, I always say this with a smile!  It drives me bonkers when people identify or create problems without offering solutions.  BONKERS!

Why are you an entrepreneur?
The scrappiness appeals to me.  I think founders – and people who thrive in small businesses or startups – have a tenacity that is completely energizing.

What problem are you solving?The other day I got some good advice from a leader in the Omaha scene. He said to me that we’re helping “to create a greater whole by creating a greater sum of all the startup ecosystem parts.” Amazing things happen when curious people get together. People are already building really outstanding companies in the midwest. With The Wareham and the support of the startup community, we can help people build their dreams faster and easier. And we can help more people launch the next batch of game-changing companies, right from Omaha.

What problem would you like solved?
Frizzy hair on humid day!  Other problems I’d like solved?  The tendency of people to discount women in the workplace.  Especially young women.

Best pat on the back you’ve ever received?When I was 22 years old, trying desperately to make it in Dallas’ PR scene, the fiercely competitive agency I was working at hosted an internal awards program called The Ruthies. (It was named for our founder, Ruth Fitzgibbons, who is one of the most incredible women I’ve ever known!). I had worked hard at my job but definitely didn’t think my efforts warranted a coveted Ruthie.

So, like a total wimp, I didn’t nominate my work across any categories, unlike many of my peers.  The night of the awards, I was shocked when Ruth – you know the one for whom the awards were named – presented me with the Ruthie MVP. It was the pinnacle award during the show. Ruth and my boss, Amy Beer – another incredible mentor and manager – threw my name into the hat for the award and wrote a meaningful nomination on my behalf. It was a huge deal to me, especially coming from those two.

Advice you wish you’d had (or had followed)?“Embrace the failures.” I still cringe thinking about a job that I had briefly before I started my public relations company. This job was the perfect storm of failures that – although incredibly stressful and hard to discuss even still – taught me to embrace risk, take chances and swing for the fences.

It also taught me a lot about the type of leader I wanted to be and the type of team I wanted to work alongside. Long story short, that massive failure of a job turned into a really great thing: I started ERW Public Relations. It took off quickly and our team gained some amazing clients who also embrace risk, learn from failure, and always swing for the fences. I am lucky enough to work with some outstanding people  — Amy Grace, Dwain Hebda, Brittany Barry and Scott Bishop — who are incredibly smart, scrappy as hell and pretty damn funny too.

Now, two years after starting ERW Public Relations, I am able to expand my portfolio so I can lead and curate The Wareham alongside one of my greatest mentors, Mark Hasebroock.  I have a pretty good life, because I learned from failure.

Your pitch in 140 characters?
“Creating a destination for entrepreneurs to connect, experiment and build extraordinary companies in #Omaha.”

Your nails on a chalkboard moment?When meetings end with no action items or next steps.

The job you’d actually like?The grass doesn’t seem much greener elsewhere, at least for now. Ask me again in a couple years.

Biggest misconception about being an entrepreneur?That it is, in any way, glamorous. It’s thrilling and somewhat of an adrenaline rush. But it is tough. You have to worry about everything big and small, especially as you’re building the business. The massive benefit of that – although it’s hard to remember as you’re cleaning toilets! – is that you really understand what your team does, and you’ll have an even greater appreciation for their unique innovations within the business.

Inc. or Rolling Stone or…..? Which magazine cover?Can I say Fast Company?  Don’t get me wrong, I adore all three pubs, but when Fast Company put Lena Dunham and Judd Apatow on the cover, they won my heart. Those two people (and Fast Company, for that matter), strike a fantastic balance of intelligence and hilarious inappropriateness. I can’t help but love Lena’s take-me-as-I-am approach to life. If only more women were that brave.

What book is your must read?Right now, I have read and re-read Startup Communities by Brad Feld a dozen times. Whether you’re building a startup community or not, it is a great roadmap and case study in creating support, inviting others to join, taking action and paying it forward. (I also love that it includes commentary from one of Omaha’s greatest startup leaders, Jeff Slobotski!)

If I wanted to do what you’re doing…what’s your advice?Look at the people who inspire you, and understand why. Assess the work you really love. Then be brave and go for it. Most importantly, don’t let others define what “it” is for you.

What conference would you like to keynote?Give me some time and I’ll be gunning for a spot at the World Economic Forum. That gives me a great goal with lots of results to accomplish along the way.

Short cut, long route, road less travelled?  What’s your roadmap?Throw away the map and let your path create.  If you work hard, smart and honestly — all while having a sense of what you’re trying to achieve — your journey will be amazing. Hard but amazing.

Podium you’d like to stand on?Let’s think of this in a different way – what about a dinner I’d like to attend? I want to have dinner with women I have watched from afar like [luxury apparel maker] Rebecca Minkoff, [author] Carole Radziwill, [Gannett Foundation Senior Vice President] Maryam Banikarim and some local favorites Beth Engel and Sara Slimp, and my mom, Carol Snyder. And, let’s be honest if [Facebook COO] Sheryl Sandberg joined, I’d be in heaven. (Maybe a little too giddy though… definitely couldn’t play it cool around those women.) Kelly, you’d have to be there. That’s not even a question.

One place in time you’d like to visit?
The late 1960s seemed pretty outrageous!

Part of the trick to staying focused?To stop trying to please others and stay true to your mission.

One last thing  — what’s the question I should be asking you?Every connection and new introduction can lead to something. Is there something I (Erica) can do to help “In Conversation With” readers?