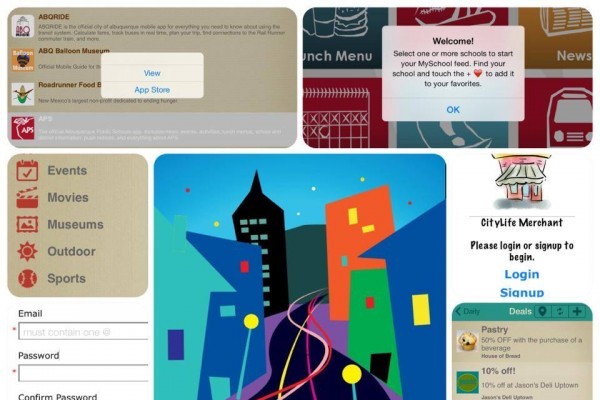 “Mobile” and “New Mexico” – those two terms will be synonymous if Lisa Abeyta has anything to do with it. 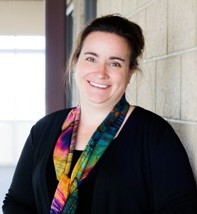 A visionary who’s passionate about people, Lisa is the founder of APPCityLife, a company eager to bring community services to mobile platforms.  After founding the company in 2009, Abeyta created a company with a track-record of revenue and acquisitions: in early 2013, she acquired patented mobile publishing platform, Appliciti, and the technical talent from OnQueue Technologies.

Although fame hasn’t ever really held any allure for Lisa, she’s already getting some acclaim. She has earned several honors for her efforts to strengthen New Mexico’s local community and lead the state into the future (she was named a “2014 Woman In Tech” by the New Mexico Technology Council, and a “Woman Of Influence for 2014” by Albuquerque Business First).  She is also the co-founder of Hautepreneurs, LLC, which describes itself as “a new peer network for women who want to up their game.”  Recently, Abeyta spoke with us about the professional and personal elements of her success.

Why are you an entrepreneur?  This is probably the first time I’ve ever told this, but I became an entrepreneur because my own previous choices closed every other door available. I quit college to move across the country and marry the love of my life, and, years later, when I wanted to create a career for myself, the only jobs available without a college degree were terrible. Having so few palatable options was what finally pushed me over the edge to take the risk of beginning a new journey where I could redefine myself. Founding a company I believed in and seeing the growth and real solutions we’ve provided for others — that is the most intoxicating reward for having had the courage to take this risk. I have no regrets, and wouldn’t go back if I could.

What problem are you solving?  We are making open data useful, relevant and profitable for cities and the people who live there.

What is your current challenge? Learning to grow into a new role as a CEO of a growing company. Some of the characteristics that made things work as a “solopreneur” or a founder of a small team – i.e. tightly controlling the product development, design, and outward communication — are the very things that will make me fail as a CEO of a larger team. I’m having to learn to be comfortable with the uncomfortable parts of change, and trust my instinct that some things must be different now to accommodate more voices and ideas, while other things must remain a constant, clear focus if we are to cohesively meet our milestones.

What problem would you like solved?  WiFi. I know it sounds trivial, but WiFi really is like the telephone of my youth — it is the way we communicate with each other. I was so excited when the old television airwaves became available; I was really hoping that we as a country would embrace this opportunity to allow these abandoned airwaves to deliver free WiFi to rural areas of the U.S., and to impoverished urban areas as well. The ability to conduct e-commerce and launch businesses that are dependent on tech — we could do so much more if we stopped protecting the status quo and broke open the flood gates on WiFi.

Your pitch in 140 characters?  “APPCityLife makes #opendata* useful, relevant and profitable for cities and the people who live there.”  (*You should always use hashtags for viral discovery.)

The job you’d love.  My dream job would be running a foundation that funded projects to help women in poverty and survivors of domestic violence, such as funding a new company; putting a woman through school; paying for daycare or professional clothing; or anything to help them thru the emotional challenges of getting out of dire circumstances.  If I could spend every day doing that, I would wake up happy.

Your “nails on a chalkboard” moment?  When I hear guys make sexist remarks, and then hear the women around them laugh. Not that we need to be the angry feministas, but, seriously, it’s time to stop being polite and acting like it’s OK to denigrate women.

Biggest misconception about being an entrepreneur?  That there is any glamour in it, or that everyone should do it. One of the things I like most about events like Startup Weekend is that some people are able to discover they don’t like the stress, pace or close interaction of a startup before they’ve walked away from a stable job.  I love what I do, but it is not easy or glamorous.

If I wanted to do what you’re doing…what’s your advice?  Devour news voraciously – open data is one of the fastest-growing, quickly-changing movements in technology, and with each new major city that adopts an open data policy across the world, the game changes a little bit.

What conference would you like to keynote?  Most Powerful Women Summit, but I’d be thrilled to keynote any conference that supports women entrepreneurs.

Part of the trick to staying focused is:  Never lose sight of your vision. You can pivot and still stay focused, as long as you still have a clear vision of the end goal.

Personal Insights: Lethargy can Be Good, Altruism is Even Better, and Grace Kelly is to be Admired

Abeyta took time in our interview to shift from the all-business talk and provide some thoughts about the personal side of success.

When I asked Abeyta what she looks for in others, she responded, “The good; sure, the bad is there, but when we can find the good, we can find the way to build on strengths, instead of tearing others down.” And her motto is simple:  be kind.  “And when you’re not, be strong enough to say you’re sorry,” she notes.

Just as endearingly, she notes that she also likes bouts of lethargy. (I have to agree with her on this: lethargy is underrated in our always on, crazy-tech-entrepreneurial-frenzied world!).  Below, more insights:

Who are your heroes?  Anyone who possesses more selflessness than selfishness. I watch my mother caring for my dad who has Alzheimer’s, or a friend who has chosen to quit her job to dedicate more time to her son with autism, and I’m humbled by those who choose the greater good over their own momentary personal goals.

Your greatest achievement?  Finding the “mute button” on my self-doubt. I’ve learned to tell the difference between “trusting my intuition” and “ignoring self- doubt.”  It is liberating.

Biggest regret?  Not finishing college. I didn’t choose to study my passion (writing), and so I walked away, rather than finish something I didn’t want to do. But it did teach me two things – don’t settle for anything less than what is going to feed your passion, and don’t walk away when things get hard.

Which talent would you like to have?   I’m not sure it’s a talent, but I would love to be elegant. I’ve been described as bohemian, outgoing, funny … but a part of me has always wished that I was born with that “Grace Kelly” thing.

Best pat on the back you’ve ever received?  When my daughter told me that watching me face my fears and build something from nothing has made her believe that she can pursue whatever it is in life that she wants.

Advice you wish you’d had (or had followed)?  Don’t let your disappointment in yourself keep you from believing you are worth the risk of being courageous, and trying new, scary steps. Your failures only define you if you accept that they’re still true today.

What book is your must- read?  That one – and any of the startup books by Brad Feld.

What book did you read which would have been put to better use as a doorstop?  What Would Google Do.

One last thing: What’s the question I should be asking you?  What is one organization you’d be willing to give of your time if only they’d ask you?  Mine would be the Alzheimer’s Association.