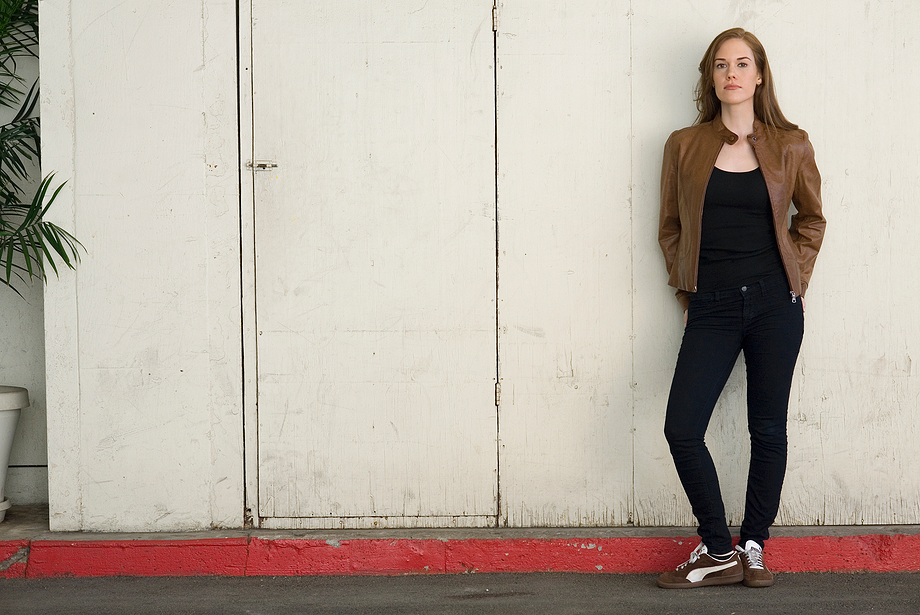 10 Things We Learned from the Women Filmmakers at SXSW

Filmmakers are a rare breed. Like all storytellers, these creatives dedicate their (working) lives to telling stories that make audiences gasp, cry, laugh, and scream.

From behind the camera and silver screens, these directors, writers, and producers have the ability to transport each and every one of us into a different world where we can live vicariously through their onscreen characters. This ability to guide viewers elsewhere creates a great deal of allure and mystery around those creating the story. We’re accustomed to seeing actors, but rarely do we think about the people directing them. And yet, while the world of movie making seems so intangible to the majority of us, it turns out, most filmmakers can teach us all a thing or two about work, life, and empowerment.

During an inspiring ten days of South by Southwest, SharpHeels met with a multitude of talented women filmmakers to talk about their SXSW film premiers, their careers, and to – of course – pick their brains for advice for fledgling female creatives. Here’s what we learned.

1. Cinema is Myth Making
“I feel like the industry is starting to look around and notice there’s another gender. Not to hold anything against male filmmakers, but women are being looked at for fresh takes on tired stories and new myths. Not that we have to get rid of any, but we can also making new myths,” explains Katie Cokinos, the director of I Dream Too Much.

Cokinos returned to filmmaking after a 15-year hiatus with her feature film-directing debut. She wrote the coming-of-age story during her time as a “stay at home filmmaker” after her daughter was born. Having spent most of her early years between Houston and Austin, Cokinos ran the Austin Film Society from 1990 to 1995. And, according to Louis Black, one of the co-founders of SXSW, she is responsible for SXSW Film.

“We need to be a part of that [myth making], and to do that we need to get in there and see what we can bring to cinema. It’s a young medium –compared to novels, poetry, and painting – so let’s still experiment with it. My favorite female filmmakers are all playing around with the narrative like [French film director] Agnès Varda and Sally Potter who directed Orlando.”

2. Write to Direct or Write to Act
“When I started this film I set out to get acting work, and I fell in love with storytelling along the way. I’d love to say I directed it because I wasn’t sure anyone else could do it better, but the reality was if [Life in Color] was going to be made it was going to be me making it. I didn’t want to wait for an ideal scenario, I wanted to go and learn.” says Katharine Emmer, the writer, director, star, editor and producer of Life in Color.

Making her feature film writing and directing debut, Emmer intended to make a film which she and her friend, Josh McDermitt (The Walking Dead) could act in. Working on a very low budget, Emmer managed to shoot the entire film in 24 days. Though she never expected to be a director, Emmer isn’t opposed to picking up a camera in the future.

“I’m very impatient. I would love more acting work, but if that doesn’t come I’m not going to sit on my couch and wait. If there’s nothing happening, I do have an idea for a story I haven’t seen before. I think I’ll write that and you know, if I need to direct it, I’ll direct it.”

3. You Get Better the More You Do
“Filmmaking is a craft like anything else: you get better the more you do it. Which is why working on TV is so great – it gives you more experience. It’s like the old studio system – when Victor Fleming was directing back to back to back – Wizard of Oz, Gone with the Wind – you were constantly working. TV is such a great place for that – as a writer you’re writing 22 episodes for TV a year. You become a writing machine. And when you go back to your personal work you’re better at it,” says Jamie Babbit, the director of Fresno.

Babbit broke into the world of directing – and independent cinema in 1999 with the now cult classic, But I’m a Cheerleader. Since then she’s directed half a dozen other films, and an insane number of television shows. However, Babbit is not just a filmmaker, she’s an advocate for women in the industry, and for making quality films with queer women content.

“I feel like a lot of lesbian filmmakers, once they get really good at their craft they never do queer content again. So I feel like I need to give back to my community.”

This is Kusama’s first film since 2009. As a director often hailed for creating films with strong female leads, The Invitation strays a bit from her previous track record.

“In terms of the notion of empowerment within this particular story, I don’t think anyone’s going to say ‘Oh that’s a slam dunk for Karyn,’ but I just knew I could [direct it]. I knew I wanted to and I knew I had to take my shot. That’s what I brought to the experience. Saying, ‘I think I have a way in here, because I am Will’ – I get that character entirely. I think it’s also a really big statement for women to say: ‘Yes I can make female characters and I can embody them and I know what kind of female characters I want to see, but I can also embody male characters and I see myself in them.’”

5. Work Twice as Hard
“[To be a good mom and a filmmaker] I think you really do have to spend the whole day being exhausted and just doing it. You put your kid to bed then you clean up all the toys and do the dishes and drain the bathtub, and then – instead of going to bed – you have to work. I think that’s what you have to do,” explains Kris Swanberg, the director of Unexpected.

Swanberg is a writer, director, actress and producer. Unexpected – which premiered at Sundance earlier this year – is her third feature film. The semi-autobiographical story focuses on the dilemma of pregnancy and parenting as a working mother on a limited budget.

6. It is Important to Have Empathy
“I wanted to tell a story about teen pregnancy from a place of understanding and empathy instead of a political angle. For a lot of San Antonio girls, abortion is culturally not an option. So what happens? Life goes on – and how does it go on?” says Micah Magee, the director and writer of Petting Zoo.

As a native of San Antonio, Magee wanted to make a film that not only paid homage to her home, but to also address a serious issue she faced as a teenager. While this is her first feature film, the Fulbright Fellow has been directing, writing and producing shorts since 2004.

“I hope audiences leave the cinema feeling empowered and closer to themselves. On a broader level, I hope that Petting Zoo can contribute to more honest, open dialogue around issues of women’s health.”

7. There Are Other Stories Besides Love Stories
“I wanted to write something that was funny and wasn’t necessarily about a woman falling in love with a man. I have an older sister and basically realized I could write a movie about two women and focuses on them and what they’re going through,” explains Karey Dornetto, the writer of Fresno.

Dornetto began writing for TV in 2002 as a staff writer on South Park, helping pen 15 episodes in the course of one year. Since then she’s lent her creative – and comedic – talents to Arrested Development, Kroll Show, and Portlandia (where she still writes today) among many others. Fresno, directed by her partner, Jamie Babbit, is her first feature film.

“Fresno was more like [the sisters – Shannon and Martha’s] love story. It’s like the grownup version of Frozen.”

8. Cultivate an Optimistic Ignorance
“If the film world was more equitable the numbers would be different and they simply aren’t,” states Kusama. “So when people say ‘is it harder for you’ I’m like ‘well of course it is.’ I’m not going to lie anymore, or try and make excuses for other people. It’s been interesting to try and come to terms with that and just say I’m not going to let the numbers affect my drive, because that doesn’t do anyone with any ambition – male or female – any favors.”

10. The Dishes Always Have to Be Done First
“When I’m working on my own I’ll procrastinate. It’s like, I have to do the dishes,” jokes Swanberg, on why she enjoyed co-writing with Megan Mercier. “They’re mindless, they’re easy and then you feel accomplished like ‘well I fixed that, now on to the real stuff.’”