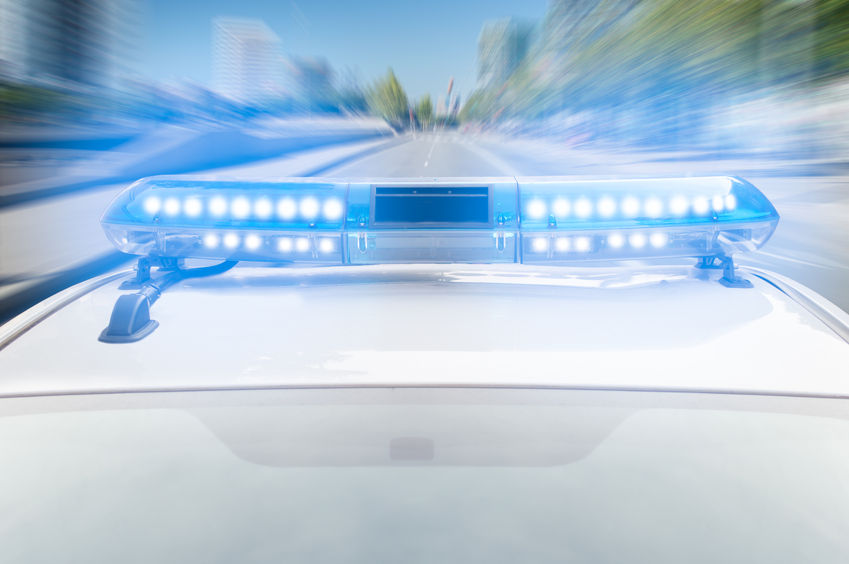 Insights on Using Instinct and Training to Handle Stressful Situations

When I entered the police force in Pittsburgh, it was at a tumultuous moment in the city’s history—the city was experiencing financial distress, a rise in gang violence, and our city police officers were battling a history of perceived use of excessive force. It was a tough time, but I was, physically fit, highly trained, prepared and eager to tackle the world (or at least to tackle the crime of the city of Pittsburgh). As with many industries, there weren’t very many female police officers when I joined, so I felt like a bit of an outsider. All of my colleagues were nice to me, but I was not making jokes or talking about arrests or invited to join my colleagues for coffee.  I was not accepted into the group or boys club.

For my first job, I was assigned to a single-person patrol vehicle for the downtown area, a busy, high-crime area, and the graveyard shift. Even though I was well-trained, no training could prepare me to work from 12 am to 8 am, and adjust my daily rhythm to staying awake all night.  Despite these challenges, I was excited to arrive at work every day. I would memorize the names of the streets I drove by to pass the time and stay awake. Which also turned out to be great preparation to identify exact locations when communicating with 911 dispatch.

Accepting Mistakes and Sticking with It

I was patrolling one night when the driver in the car ahead of me began driving erratically. As a trained police officer, I knew that the driver was not behaving as normally expected. When I performed a routine check on the vehicle’s license plate, the on-board computer system indicated, “STOLEN.” It only took a second to read, but I immediately felt like I had just taken a quadruple shot of caffeine. I picked up the radio and called out the vehicle description and my location. I then activated my overhead lights and siren to pull over the vehicle and communicated to the arriving officers by radio.

Part of my training at the Pittsburgh Police Academy included responding to stress-inducing situations. I was excited and anxious to test my training. Would I be prepared? Would I make a fool of myself? The vehicle suddenly came to a stop, and I prepared to jump out. Just then I observed that I had entered the license plate number incorrectly into the system, transposing the letters from “MW.”  to “WM.”  All the adrenaline I had built up suddenly fell into the pit of my stomach, and I felt a little nauseous.

Other officers were pulling up to my location. I just wanted to go up to the driver, apologize, and let him go on his way. As I got out of my car and continued toward the driver, I was careful to follow the routine traffic stop procedure. Introducing myself, I asked if there was anything in the vehicle that could harm me. The driver responded, “No.” I saw that he was nervous, sweating, and avoiding eye contact. I asked him for his license, registration, and insurance. Even though the plate on the vehicle was not what I entered, his erratic driving and his suspicious behavior after the stop gave me probable cause to suspect criminal behavior.

Another officer arrived and approached the passenger side of the vehicle. As the driver was fumbling with the documents in his glove compartment, while continuing to sweat (indicating his nervousness), the officer called out “gun!” so I took the driver out of the car and put him in cuffs as the other officer pulled a gun out of the passenger side of the vehicle. After a check on the handgun, the weapon came back as being stolen, and after an inspection on the actual license plate number and registration, it was determined that they were altered.

When I went back to the station to process the weapon for court evidence, I observed a sign hanging in the roll-call area (the place where officers stand to get their assignments, radios, and keys for their shift) explaining the difference between a “W” and an “M.” I started laughing and felt a sense of warmth because a simple sign poking fun at me was a clear indication that I was accepted as “one of them.”

Even though I was young, new to the force and a woman, after this event, I proved my worth and was socially accepted with the officers and was finally asked to meet for coffee and drinks after work with my colleagues.  This made me proud of my accomplishments and the obstacles I overcame to get to a level where my fellow officers felt confident in my ability.

I learned so many things that night. First, I learned that mistakes are always made, and it is what you make of them that matters. I ran the wrong plate but continued with my job. I didn’t stop, quit, or hide my head in the sand. Never run away. Face the mistake, take accountability, learn from it, move on, make it right and always trust your instincts

I wanted to ignore my instincts because I had made a mistake, but trusting my gut allowed me to make a proper arrest. Our gut feelings are based on facts that are often hard to articulate. In this case, the driver was not following the rules of the road, driving erratically, wearing clothing not appropriate for the weather, sweating profusely, not making eye contact and nervous when speaking. In any situation; one of these factors can be explained as normal, drivers are often distracted and getting pulled over can make any person nervous, but when you put them all together, it leads a trained professional to a conclusion that something is wrong. Often, we are so focused on a task and fail to stop and listen to our gut.

It was vital for me to prove to myself that I could do the job, be successful at it and be socially accepted by the group of officers. As a woman in a career with few female colleagues, it can be difficult; it takes hard work, persistence, and the motivation never to give up succeeding. These are values that are heralded in any career. It is not merely whether one is a man or a woman, but effort and perseverance that will serve you well and make you proud when you look in the mirror. Social inclusion cannot be legislatively instituted; it needs to be a culture that is initiated and believed from management down.

Don’t Hold Yourself Back, Be Confident (Even if You’re Not)

A few years into my employment, I was approached by a SWAT operator/ trainer to see if I was interested in trying out for the SWAT team, a role change that was not historically supported by management for women. But, the leadership within the Pittsburgh City Police had changed and moved to a merit-based hiring system where those in leadership supported women in all roles of policing.  It was structured so that it was the character of a person, their effort, work ethic, confidence, ability to be a team player and willingness to take risks that build a successful officer.  These characteristics are not gender specific; they are learned through training and sometimes instilled into ones’ personality.

I had confidence in my ability as a police officer, but I had some reserve in my ability to do SWAT; I doubted myself when others had confidence in me. I ended up turning down the opportunity because I feared failure and questioned my ability. At times, when opportunities present themselves, it is not the organizational culture that inhibits us; it is our biases, lack of confidence, or own barriers that limit us.  Have the courage to take on roles that you may not have all the skills for, but have the guts, drive and determination to take the chance. The best road is not always the easiest but can be the most rewarding in the end.