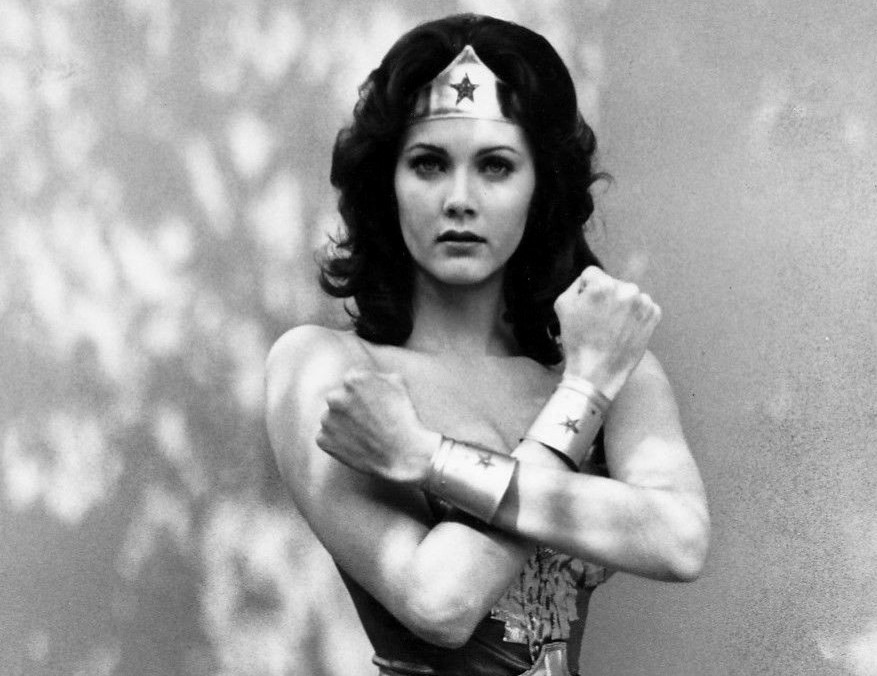 A List of Summertime Birthdays of Very Influential Women

July is full of fun, sun, and the birthdays of numerous sharp ladies in the public sphere, including some in the political arena – but also encompassing some Hollywood types and two authors. Read about their eclectic tales of success for some summer inspiration to get you motivated (in between beach time and sun-bathing, of course!).
Princess Diana (July 1, 1961-August 31, 1997) 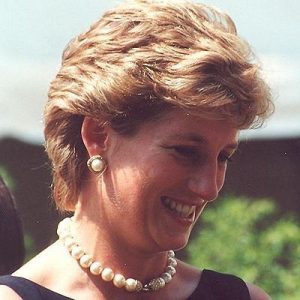 Born into British nobility, Lady Diana was an internationally beloved figure due to her beauty, charisma, and kindness to those less fortunate; she was known as being one of the first public figures to shake the hand of an AIDS patient, a milestone back then.

Young Diana (just twenty years old!) wed Charles, Prince of Wales on July 29, 1981, in a ceremony watched worldwide by over 700 million people. During her time as princess, she was highly recognized for her charity work and humanitarianism, and was involved in hundreds of organizations, but remained most active in those devoted to leprosy victims, homelessness, and the eradication of HIV/AIDS and landmines.

As we all know, although she was a princess, her marriage was no fairy tale, and resulted in divorce after fifteen years. Her life ended in a tragic car accident in 1997, but her legacy and popularity – and those of her two sons — continue on  year after year.

Words of Wisdom: “Carry out a random act of kindness, with no expectation of reward, safe in the knowledge that one day someone might do the same for you.”
Nancy Reagan (July 6, 1921) 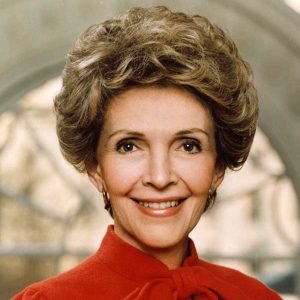 Nancy Reagan is known as being the first lady from 1981-1989, but in her younger years she was just  Nancy Davis, a Hollywood starlet during the 1940’s and 50’s. She graduated from Smith College, a distinguished women’s college, in 1943, before moving to Chicago and eventually New York to pursue her acting career. In 1949, MGM Studios signed her to a contract, and she headed for California, where she went on to appear in eleven films.

She married Ronald Reagan in 1952 during his time as the Screen Actors Guild president. They of course went on to political success, including his being governor of California, and as First Lady she was noted for her interest in fashion and interior design, redecorating The White House during their two terms in residence.

Her main initiative during that time was the drug awareness campaign in 1982 called “Just Say No.” Although she was diagnosed with breast cancer in 1987, and became a widow in 2004, she has gone on to live a long life, and the 94-year-old still remains active in organizations focused on Alzheimer’s and stem cell research.

Words of Wisdom: “Feminism is the ability to choose what you want to do.”
Arianna Huffington (July 15, 1950) 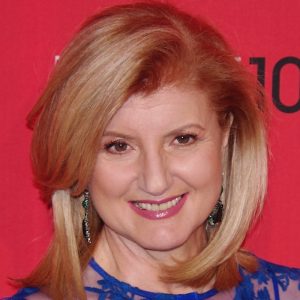 In 2014, Forbes listed Huffington as the 52nd most powerful woman in the world, which comes as no surprise given her knowledge of media, politics, and entrepreneurship. Huffington was born in Athens, Greece, before moving to the U.K. at age sixteen and becoming the first foreign — and only third female —  President of the Cambridge Union, eventually graduating from Cambridge University with a degree in economics.

She has written books, appeared in television programs, and in addition ran for California Governor in 2003. In 2005, she launched the now multi-million dollar internet news company The Huffington Post. What originally started as a liberal news outlet has transformed into an aggregator columnist site featuring topics ranging from breaking news, pop culture and entertainment to comedy, health, and business, with dozens of other categories. The platform has become so large that local editions are now sourced for various cities and countries around the globe.

Words of Wisdom: “We need to accept that we won’t always make the right decisions, that we’ll screw up royally sometimes – but  understand that failure is not the opposite of success, it’s part of success.”
Lynda Carter (July 24, 1951) 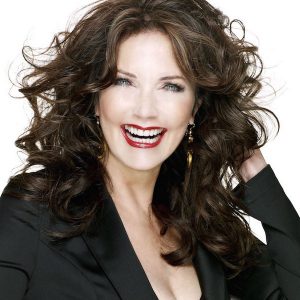 Carter won the Miss USA pageant in 1972, representing Arizona, but is best known for her starring role in the Wonder Woman TV series that began a few years after that (1975-1979). She was once the highest-paid actress on television, and was known to perform many of her own stunts in the proto-feminist/comic-book-come-to-life series.

Prior to her fame as Wonder Woman and Miss USA, Carter was an Arizona State University dropout, leaving to rejoin her high school rock band that was on tour. She went on to become a successful singer/songwriter for many years, and will be touring throughout the fall of 2015.

Words of Wisdom: “Wonder Woman remains popular because it wasn’t about brawn, it was about brains. There is a part of Wonder Woman inside me and inside every woman, kind of that secret self that women share.”
Jennifer Lopez (July 24,1969) 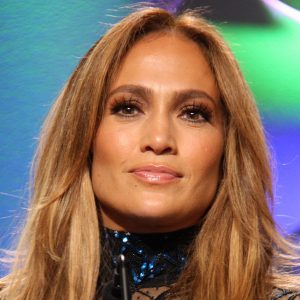 This talented superstar has a variety of talents and expertise within the entertainment industry. She gained popularity in the early 1990’s for her acting, and became the first Latina actress to earn over $1 million for a role in 1998 for her lead role in the movie Selena. The following year she ventured into the music industry, debuting her first solo album, On the 6. She has gone on to business endeavors with fashion lines, perfumes, books, a production company, and much more. Lopez has become a mother of twins and an international icon as a talented, independent woman with a large fan base.

Words of Wisdom: “Doubt is a killer. You just have to know who you are and what you stand for.” 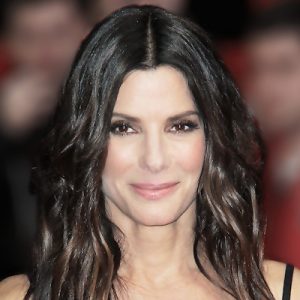 Known for being quirky and sexy, with versatile talent in both comedy and drama, Bullock has become a huge star since her breakout role in 1994 with the movie Speed.  Born to a German opera singer and an American voice teacher in the outskirts of Washington, D.C., Bullock spent her childhood touring with her parents and performing on stage in the children’s chorus every chance she could. As a young adult she studied acting at East Carolina University before moving to New York, where she shone on stage, eventually leading to appearances in television and then feature films.

Along with being a favored Hollywood actress, philanthropist and humanitarian, she has also been listed as the highest-paid actress in the world, and been twice nominated twice for an Oscar, taking home the statuette for her starring role in The Blind Side. 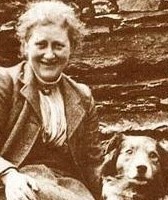 This talented author and illustrator has won the hearts of children for decades, most notably for The Tale of Peter Rabbit. Born into a wealthy British family, Potter was taught by private governesses until the age of 18. Growing up with many pets and a love for nature, she often captured the world around her in a unique artistic style from a young age. She passed away in 1943 at age 77 from pneumonia and heart disease, leaving her property to the National Trust. Her whimsical legacy continues to live on through the years via story books, film, and animation.

Words of Wisdom: “Most people, after one success, are so cringingly afraid of doing less well that they rub all the edge off their subsequent work.” 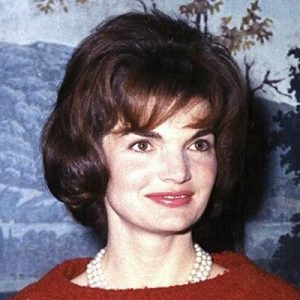 Wife of John F. Kennedy, the 35th President of the U.S., “Jackie” was one of the most popular First Ladies in history. Her pristine presence and love of fashion made her an internationally known celebrity, the first (and perhaps only?) First Lady to have attained that quasi-entertainment status. In the White House, she was a skilled hostess who devoted her time to social events and the restoration of the property, since she had a particular interest in art history.

After her husband’s assassination in 1963, Jackie later married the wealthy Greek shipping magnate Aristotle Onassis on his private island in Greece (in 1968), and after his death returned to New York, where she became a book editor.  At age 64, Jackie was diagnosed with cancer and passed away in her sleep.

Words of Wisdom: “Once you can express yourself, you can tell the world what you want from it.” 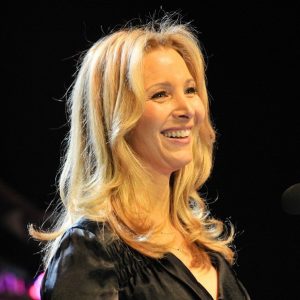 Famed for the role of Phoebe in the ultra-successful TV show Friends, Kudrow is also a producer, writer, and comedian. Although known for portraying charmingly ditsy characters, before breaking into the Hollywood limelight, Kudrow received a Bachelor of Science degree in Biology from Vassar College.

She was born in Los Angeles to a travel agent mother and a physician father. After college graduation, she joined her dad in scientific research, but left after eight years when her comedic career began to blossom. Her first television break was a recurring role on Mad About You as Ursula Buffay, later known to Friends’ fans as Phoebe’s twin sister. Currently she stars on Web Therapy, which began as an online series before Showtime picked it up.

Words of Wisdom: “You can’t pursue something and be committed to it if you’re apologizing for it at every party.” 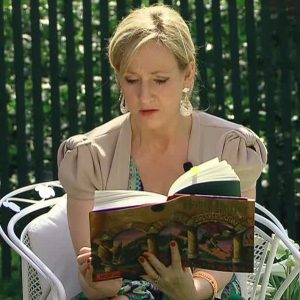 Rowling’s claim to fame happens to be as the author of the bestselling book series in history, Harry Potter.  Prior to becoming an internationally known writer, she worked as a researcher and bilingual secretary. In 1990, she says, the story of Harry Potter took shape in her head during a delay in her travels from Manchester to London. For the seven years following that, as she wrote the first novel, her mother passed away, her marriage crumbled, and her life spiraled into near poverty.

But we all know how it ended: the series generated a total of seven books over ten years, plus of course movies, after which she went on to write three books for an adult audience. (Her pen name, J.K. Rowling, came about when publishers assumed that young boys  — her target audience for Harry Potter — wouldn’t want to read a book authored by a woman, and asked her to use two initials.)  In addition to her prowess as an author, she is a recognized philanthropist with monetary donations in the millions.

Words of Wisdom: “It does not do to dwell on dreams, and forget to live.”

Stay inspired by these tales of success, enjoy the weather, and Happy Birthday, July ladies!