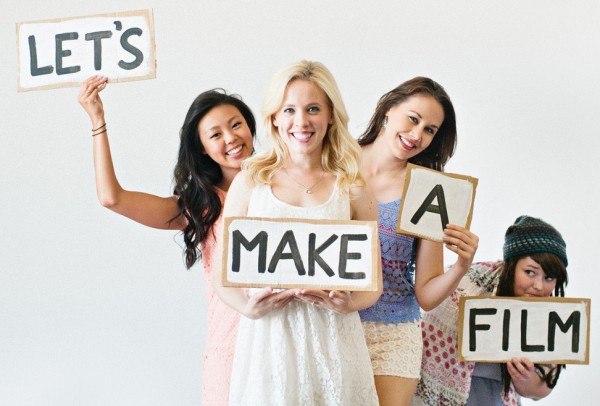 Lady Rooster Productions: How Two Friends Made Their Film Dreams a Reality

With a penchant for spotlighting women’s stories, filmmaker friends, Virginia Crawford and Kim Beavers created Lady Rooster Productions in 2013. While the company has only celebrated one birthday, it already boasts an extensive reel of short films along with a shelf full of film festival awards. 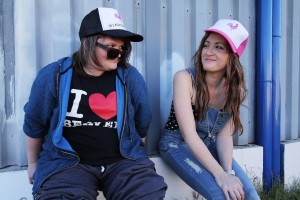 Now, the Los Angeles-based production company has set its gaze on making its first feature film. Co-written by Crawford and Beavers, Jilted focuses on what happens when Happily Ever After gets left at the altar. The title roles have been cast, Crawford will direct, and storyboards and rehearsals are in the works. However, the fledgling independent company runs mostly on a mixture of hard work and serious dedication from both founders, and their associates. Due to a lack of financial assistance, Lady Rooster has been diligently applying for grants, and they’ve set up a crowdfunding campaign on Indiegogo, with a modest movie-making goal of $50,000.The hopeful director, Crawford took some time out of her fundraising and rehearsing schedule to talk with SharpHeels about Jilted, Lady Rooster, and the importance of women filmmakers.

Let’s start at the beginning – how did you and Kim meet?About four years ago we met on a set in Santa Barbara; and almost a year later we were able to work together again on a set in San Diego. That weekend happened to be the Super Bowl so when we wrapped early everyone went to watch the game except Kim, our friend, Victoria, and I. Instead, we went out to the beach, and – armed with our cameras – we spent the rest of the night filming each other and the things we saw. Because, really, we just wanted to create. And that was it, the beginning of a friendship rooted in a love for creating and telling stories.

Can you tell us more about Jilted?Jilted is an inspirational story about Lilly (Laura Steigers), a wedding planner who has planned her life according to expectations she has created. Then her life map hits a roadblock when she’s left at the altar. So she takes off on this journey with her ex-childhood best friend, her maid of honor, and her estranged sister (played by Kim) with the hopes of finding her birth mother and answering her lifelong questions. Really, what feels like the end of the road for Lilly, is only the beginning, and it’s more beautiful than she ever imagined. 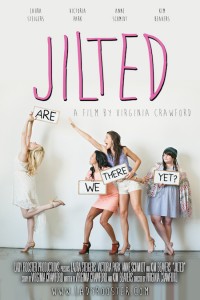 If Bridesmaids and Little Miss Sunshine had a baby, this would be it.

I’m hooked, so how far along is the film?Right now we are in pre-production. Our lead roles have all been cast and we’re currently rehearsing, creating story boards, location scouting, and applying for camera grants left and right. We are also crowdfunding through Indiegogo with a $50,000 goal.

Why did you and Kim start Lady Rooster Productions?We started Lady Rooster because we wanted to produce our own work and make films about strong female characters and told by women. We both had the privilege of being raised by incredibly strong women with amazing stories, dreams as high as the sky, and a work ethic to match. These are the people we want to write about and celebrate.

Lady Rooster is such an interesting name – where does it come from?The “rooster” came to us pretty easily. Kim had been on vacation in Hawaii and saw all these wild roosters everywhere and got a ton of footage of them. This led to a discussion about the term “Rooster” and how it refers to a strong, tough male. We thought: wouldn’t it be fun to take a typical “male” term and own it, similar to how we’ve stepped into the film industry, which is still predominately run by men.

It’s true, there are more male filmmakers than females, but why do you think it’s important to support women creators within the industry?We as women have so much to say! At festivals over the past year, Kim and I have had the privilege of seeing some amazing films made by women, and they’re beautiful. What I’ve always enjoyed about film is getting to see the world through someone else’s perspective. The more diverse the filmmakers are, the more we can all learn.

But the statistics for women in film are quite startling. A report from 2013 by Stephen Follows found that two percent of Hollywood directors last year were female. That’s crazy, considering we make up half of the population. However, the really good news is that a lot of people are talking about this and wanting to change it.

I want my children to see women occupying places on the screen. To quote Oscar Wilde, “Life imitates art far more than art imitates life.” We create the world we want to live in and there are so many stories to tell.

And people should support Jilted for these same reasons?Well, helping support this film doesn’t only help women; it also shows a different side of women. We’ve written a very personal story about forgiveness, new beginnings, and friendship that has a lot of heart – all things we believe the world could use a little more of. There are also some pretty funny moments that we would love to share – I mean, there’s everything from a turkey farm to a drag bar on this road trip.

Also, raising money this way feels like a community is getting together to create something. It’s the same feeling when your script is read out loud for the first time. It’s no longer just mine and Kim’s creation, it belongs to our cast and crew and now the community helping to create it. That’s powerful. We’ve also recently partnered with Fractured Atlas, a nonprofit arts organization, so now donations are tax deductible. 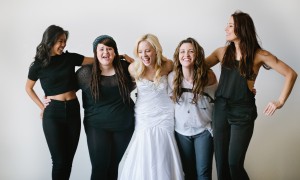 As of today, Lady Rooster has 30 days left on their Indiegogo campaign, and they’ve raised nearly $1,700 towards their goal, and, like any artist, Crawford and Beavers’ dedication to Jilted is unwavering. Though they’re optimistic about meeting their fundraising total of $50,000, they’ve promised to make their feature regardless. And that’s just the tip of their iceberg-sized plans. Meanwhile, several of Lady Rooster’s short films will be showing at the Playhouse West Film Festival on August 23 and 24 in North Hollywood.