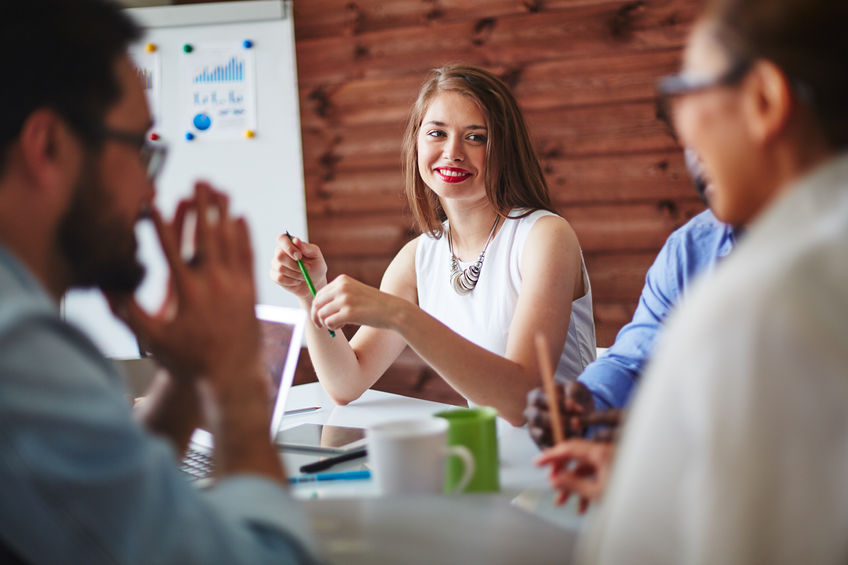 Leadership Without a Title

Do you find yourself being tasked with high-level projects? Are you sought after to attend brainstorm sessions or to offer input on your company’s strategy? Do people come to you for advice or to think through ideas?

If you answered yes to any of these questions (and you aren’t upper-level management), congrats! You may be an informal leader in your office.  You may have consciously assumed this role, or maybe, you just assumed you were doing your job well. Regardless, holding such a position most likely isn’t reflected anywhere in your title (or pay). Don’t groan just yet. This isn’t bad – at all.

According to businessdictionary.com, an informal leader is: “An individual within an organization who is viewed as someone worth listening to,  due to their perceived experience and reputation among peers. The informal leader does not hold any position of formal authority or power over the peers choosing to follow their lead, but can influence the decisions of others.”

Two phrases jump out and bear repeating: An informal leader is “someone worth listening to due to their perceived experience  and  reputation  among peers” and “can influence the decisions of others.”

When it comes right down to it, informal leaders are equally, if not more important, for the success of a team, office or organization because they are choosing to be leaders without the promise of a title or pay (just yet, anyway). Essentially, they are “walking the walk,” so to speak. Plus, I’d venture a guess there are more informal leaders (or there should be!) in any given office than the formal kind, which tends to be reserved for a select few.

But first, it is worth considering this point:

Being an informal leader is nice, but we’d be lying to ourselves if the ultimate goal wasn’t to have a nice, shiny title to accompany our names on business cards, placards and email signatures. And a hefty pay increase to match that title would make us feel pretty great.

But you’ve got to start somewhere! You have to begin exhibiting certain qualities to be seen and trusted as someone who has leadership potential to eventually have a title that matches your skillset and influence.

I recently came back from my second go at the famed SXSW conference in Austin, Texas. And, there was a lot to take in – from the barbecue to the inspirational creators and tech-gurus, and everything in between.

A lot of what was presented at SXSW can actually be applied to leaders of all kinds – whether you’re the informal leader looking to coax more of these skills out into the open or you’re the veteran formal leader who needs a little refresher course, these takeaways can offer a bit of guidance. Or make for some great Post-it reminders to stick near your computer at work:

1. Leaders Know their Teammates and Their Competitors, and Have Data to Back it UpWhether it’s the engagement level of their teammates or how their competition operates/succeeds/fails, leaders know what’s going on. How? Numbers. Data. Analytics. Anecdotes. These stats, figures and examples empower one to make the best, informed decision when going about their daily duties – regardless of their field or discipline.

Case in point: Amber Armstrong, marketing leader at IBM, stressed the importance of  “transform[ing] this ‘Big Data’ into actionable insights.” Sure, she was directing this strategy toward leveraging analytics for successful social media marketing, but all sorts of leaders should use this data-gathering mindset to make better, informed decisions.

2. Leaders Own their Expertise, their Failures and their SchedulesI attended a session called (pardon the language) “F*ck No. Sh*t Yeah! Damn Right?” led by Michael Nieling, the creative director of the creative agency Ocupop. He explained how to overcome self-doubt and failure, and make better decisions (and be firm in those decisions).  Several times he emphasized those who know what they are good at and who assert themselves in such a way in which their expertise backs them up get respect. He also made the very interesting (and I now realize very necessary) point that one must own their own schedule. For instance, in owning one’s own time, one can dictate when meetings take place or how one spends their days which, in turn, makes it easier to operate productively and efficiently.

3. Leaders Get in the Arena, and Stay There“There are a million cheap seats in the world today.” This is a pearl of wisdom gathered from SXSW this year, and it came from none other than the wise sage, best-selling author and professor Brene Brown. She gave a keynote address that talked about a method based on her research: “The Daring Way,” in which she referenced the famous Theodore Roosevelt speech, “Citizenship in the Republic,” which includes the oft-quoted “Man in the Arena” portion that promotes “daring greatly.”

Brown’s message to the massive audience full of innovators and creators at SXSW? The courageous, bold and brave ones are those who are in the arena – they’re the ones exerting the effort and making a go at something in which they believe. The people high up in the cheap seats, too wimpy to get in the arena, cowardly yelling insults and passing judgment? As Brown said, she’s not interested in their feedback unless they too are in the arena. Amen.

This arena/cheap seat analogy is perfect for leaders. Leaders (formal and informal) will inevitably be in the arena (whatever their arena is) and that means they’ll be on display, which also means they’ll be up for criticism. But it’s worth it. It always is. Brown suggests selecting a few people in life (or for our purposes, work) whose opinion matters most and listen only to their input.

In sum: Don’t listen to the cheap seats, and be proud of being in the arena.

4. Leaders “Skate to Where the Puck is Going.”The Associated Press hosted a session, “The 170 Year-Old Startup: AP” in which Kathleen Carroll, AP’s executive editor and senior vice president, talked about all the ways the AP has constantly and consistently reinvented themselves to be quicker, better and more efficient while still being the steady, credible source of journalism that generations have come to depend on. That means they’ve had to adapt to changing technologies and expectations.

But rather than just meeting technology or expectations where they’re currently at – or where “the puck is now” – Carroll quoted a colleague [who quoted Wayne Gretzky] who said the goal is to “skate to where the puck is going.” Like the AP, leaders need to anticipate what their audience, organization, consumers, etc., will need. It’s this forward-thinking approach that allows a leader to be proactive and get ahead of the game.

As for the whole informal vs. formal leader differentiation? It matters not. Take for instance SXSW: certainly, there were leaders in a variety of fields in attendance, but no two were exactly alike. Some had impressive titles, others didn’t, but what many of those attendees – and leaders in general – have in common is a belief in their craft and a belief in themselves.

So don’t fret over a lack of a title. And conversely, don’t get complacent if you do hold a formal leadership title.  Instead, just focus on being a leader – in whatever capacity makes most sense for you.