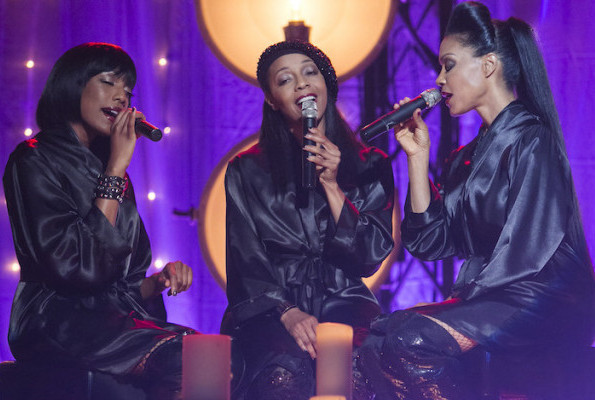 Lifetime for the Holidays

Right around now, just about every television network is airing holiday specials, holiday cooking shows, and holiday movies. Of course, Lifetime – known for it’s made for TV movies and largely female viewership – is no exception. In fact, the cable network had several original films, backed by women creators and made specifically for the 2014’s most festive season.

Created in 1984, Lifetime has always been about creating entertaining television for a female audience. Their films are 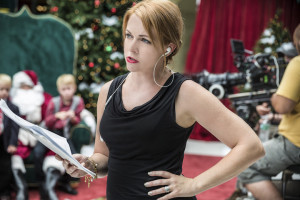 known to feature strong, working women protagonists and universal issues – such as finding love after focusing on a career – which many women, regardless of age, can relate to.

It was Patricia Fili – hired on as the network’s head of programming two years after it’s creation – who cemented Lifetime’s goal of targeting women viewers. Her work for the station included refocusing their talk shows to cover current women’s issue, and she also had a hand in the first ever Lifetime movies. In 1993 the channel officially picked up the tagline “Television for Women,” though no longer in use, the network still focuses on creating and airing a specific type of programming intended to connect with female audiences.

Unsurprisingly, their current holiday lineup is not only aimed at their regular viewership, the new films boast an abundance of women directors, producers and writers. An En Vogue Christmas – which follows the beloved ladies of the nineties R&B group, En Vogue, as they embark on reunion Christmas concert to keep the venue that housed their first-ever performance open – was written by Dayna Lynne North, and produced by several women from Mar Vista Entertainment. Grumpy Cat’s Worst Christmas Ever – which starred the world’s most famous cat, voiced by Parks and Recreation actress, Aubrey Plaza – was co-directed by Andy Capper and Juliette Eisner. And The Santa Con – about a reluctant mall Santa, who promises a kid that he’ll help reunite the child’s parents for Christmas – marks Melissa Joan Hart of Melissa & Joey (and Sabrina the Teenage Witch), return to the creator’s chair to direct (and star) in the film.

An En Vogue Christmas’ executive producer, Sharon Bordas, found a few minutes in her schedule to talk with SharpHeels about Lifetime’s holiday movies, and the network’s mission to feature unique, empowering leading ladies.

Lifetime always does a great job featuring powerful, professional women in your films – do you guys work with the writers to make that happen?
We do. Dayna Lynne North – the screenplay writer for En Vogue Christmas – is a successful show runner who jumped at the chance to write a powerful and positive movie about women she had so admired. Everyone involved in this movie wanted to depict women who are successful, confident and positive.

Regarding your women-backed holiday films (An En Vogue Christmas, The Santa Con) – do you aim to 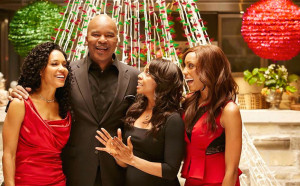 work with women directors/writers/producers?
It is. Lifetime is a fantastic home for female producers, directors and writers. There were a lot of very strong and fabulous women on the EVC team that made this movie a reality. Written by Dayna and produced by Emmy Award winner, Kim Todd. With Mar Vista executive producers, Hannah Pillemer and myself, and – most importantly – Genelle (Williams), and the ladies of En Vogue, Terry (Ellis), Cindy (Herron) and Rhona (Bennett).

Tell me a bit more about working with the ladies of En Vogue?
They are the most talented, gracious and positive people you could ever hope to meet – and beyond generous with their talent. In fact, we had to remind them on set to stop singing out on every single take! We were afraid they would wear themselves out. This was a big step for them as performers and it was a thrill to watch them really enjoy the acting, along with the singing and dancing. And of course, they are the most stunningly beautiful women you could ever hope to meet. If you have a chance to see them perform, do it!

What do you hope your female audience takes away from Lifetime’s 2014 batch of holiday films?
There are a lot of ways to celebrate Christmas. You just have you free your minds.

While An En Vogue Christmas premiered earlier this month, it’s available to stream online via Lifetime’s website. Hart’s The Santa Con aired on Saturday. All of Lifetime’s holiday films will be available to watch online after the initial broadcast.