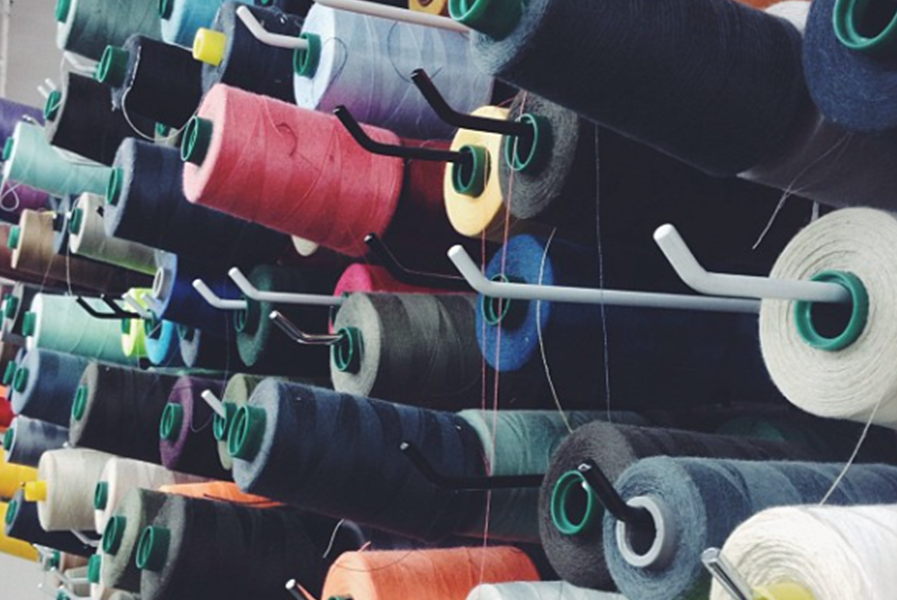 Inside Johnny’s Fashion Studio in NYC

Joann Kim was happily working on her own marketing career when Johnny’s Fashion Studio approached her to help manage operations and reinvent their marketing strategy. Any woman used to plush offices would have thought twice about a career change that involved working in a cluttered warehouse, but for Kim, the decision involved heart and soul as much as career aspiration. 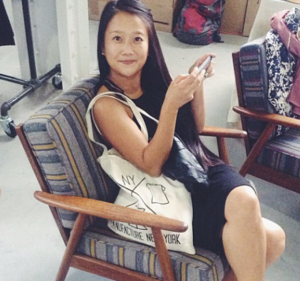 Loyalty to her father, Johnny Kim, owner and operator, prompted Joann Kim to “grudingly sacrifice” her marketing aspirations and alter her career path and her life. A drive to keep garment manufacturing made in America propels her to her desk at Johnny’s Fashion Studio everyday. Behind the glitz of New York Fashion Week and its well-known designers lies a rich history of hardworking people, many of them immigrants, without whom the industry would crumble. Joann Kim uses her marketing acumen to “make Johnny’s Fashion Studio the poster child for U.S. manufacturing” while also educating and advocating for an industry that is a dying breed.

Johnny Kim arrived in America in the late 1980s seeking the American dream. Since then he has run several different operations in the clothing business with as many as 300 seamtresses on staff. Today, Johnny’s Fashion Studio is a development studio that concentrates on pattern-making and small runs of garments that help launch fledgling designers into international superstars.

Unlike other garment maufacturing facilities, a development studio creates primarily the patterns, prototypes and samples for a designer/company. The designer can then shop the designs to various retailers. At Johnny’s, one dedicated sewer sews the entire garment from start to finish. Johnny’s also fulfills orders for small, initial runs of garments to meet the needs of start up companies. All of their work is made in America, right in New York City, where Kim has made it her mission to keep their industry and her father’s legacy alive. 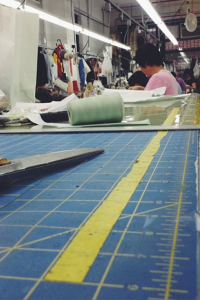 Kim is grateful to be working with someone so gifted, she said, “Most fashion studios don’t have the hand or the eye that Johnny does.” Once a pattern and prototype have been created, Johnny Kim masterfully assesses what alteration to make to a pattern for material give and varying sizes. His is a soon to be lost art if he and others in the industry do not recruit and train apprentices of equal caliber.

Johnny Kim is one of a group of Korean men (all, coincidentally, born in the year of the dog) who came to this country at similar times in 80s, all of whom work in the fashion industry. However, Johnny is one of the few whose offspring is involved in the family business. Most are content to educate their children with the hopes they will become doctors or lawyers and get out of the warehouse.

Only ten years ago, there were no dedicated development factories; most focused solely on samples and patterns. Ironically, Johnny’s Fashion Studio now has competition in the industry that Johnny Kim helped to build. After the fire that claimed a Bangladesh manufacturing facility, there has been a resurgence of interest in bringing more of the garment manufacturing process back to American soil. Industry insiders like Joann Kim understand that “once you go overseas, it is very hard to come back.” The cost of living, in America and New York specifically, increases the cost of producing garments. However, it is shortsighted to send work overseas, for many reasons.

As development moves overseas, accessability to the early stages of the design process become inaccessible to American designers. Therefore, designers like Ralph Lauren have committed themselves to the CFDA Council of Fashion Designers of America, whose mission is “To strengthen the influence and success of American Designers in the global economy” and keep alive an important American industry. Kim said CFDA is “trying to bring skilled labor and jobs back here and get policies changed at government level,” which aligns with her goals at Johnny’s Fashion Studio.

Joann Kim is a bit of a crusader, and she has to be. Of the more than two dozen similar shops between Manhattan and the outer boroughs, she is the only female partner. Being the only female, however, is not Joann Kim’s biggest obstacle. For her, the most frustrating points are when she doesn’t feel a sense of control. As many women and men realize when assuming control of the family business, “Before I am the boss, Johnny’s the boss.” Sometimes they have very different approaches to running the business, and butt heads on their one-year plan or the need to digitize pattern making. Joann Kim will always defer to her father when it comes to creative control of the designs, she said, “He is a true artist, a pattern maker who works from his gut.” 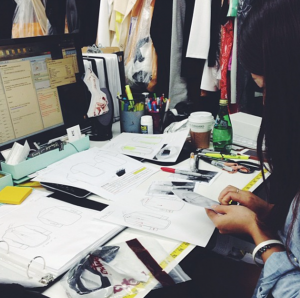 “A garment, whether it’s the jacket or the blouse, is a piece of art.” “Standard fit” on a garment cannot be standardized in the precise way a car can be on an assembly line because of the “give” or the tolerance of the garment’s fabric. The very art of creating garments will be lost in five years, Kim said, unless changes occur in the industry. “Everyone aspires to be a fashion designer, Kim said, “no one aspires to be a pattern-maker. Without that you cannot make a garment.” Currently, they recruit everyone from Korea because it is impossible for them to find a skilled pattern maker in the United States. Skill and abundant experience are indespensible. “Just because you update to digital, doesn’t mean that the pattern maker can “see” what is wrong with a garment when it is on a body. That, Joann Kim said, “Can only be perfected with the eyes that have that experience.”

Knowing all of that, what made Kim decide to come back to the family business? Her father needed her help for sales initially, and the only way she could find her passion was to make her father and the legacy drive her. She recognized the “huge challenge” and “uncharted territory” available in the industry and has made that her focus. Additionally, Kim and her dad didn’t have the opportunity to spend time together when she was younger, but now, “they can bond over business.” Working together, and living together as well, can take their toll if family coworkers aren’t careful. Joann and Johnny Kim make their business work by respecting each other’s areas of expertise.

Regardless of the industry in which you work, when you dress for the office, consider purchasing garments made in America by American designers. You will likely pay a bit more, but you will be supporting Joann Kim’s goal of making Johnny’s Fashion Studio the poster child for the American garment industry, as well as keeping items Made in America.