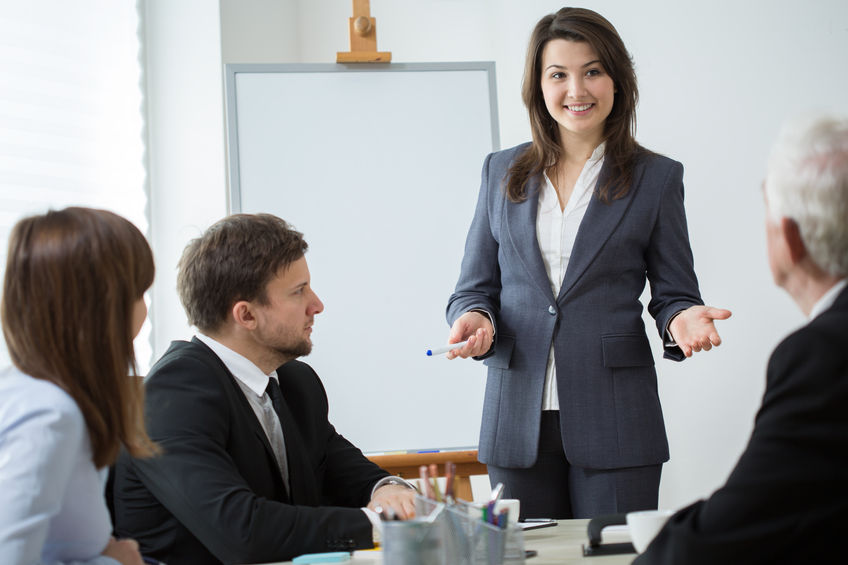 We’ve all seen it before: two people of the same skill set and experience and performance level start out as peers at work, but over the years, one seems to move up further and faster than the other. What makes up the difference? How does one managed to advance over another? Especially in this climate of “meritocracy” work cultures.

The key, according to “dream job coach” Joel Garfinkle, has to do with something he calls the “PVI” model: Perception, Visibility and Influence. So it’s helpful to consider these terms (I will be focusing on Perception and Visibility, as they are the pillars that support Influence) – and they are generally the ones that we have trouble with the most, especially early in our careers!

Feedback is a standard part of our work experience, whether it be via an annual review or a more frequent occurrence. But usually this feedback is focused on work performance. Performance generally isn’t the deciding factor between the employee who gets promoted and the employee that doesn’t. The difference is perception.  According to Garfinkle, “Perception matters because only those who are seen in a favorable light by their bosses, peers, and subordinates will continue to move ahead in their careers.”

So how do you improve your perception? The first step is knowing how you’re perceived – by bosses, peers, subordinates, customers, etc. While this is a simple concept, it doesn’t mean it’s easy.  It requires committing yourself to asking people feedback — but for once, that’s not about your performance, but about how people see you.

Asking for this feedback can be hard or uncomfortable. It requires vulnerability. But it’s a commitment in your future and your advancement. Garfinkle has several strategies to help – such as picking three people to whom you will reach out to by the end of the week to ask for feedback. Or try a more informal approach, such as asking someone after a presentation “Hey, how did you think that went?” in order to make any needed changes to your perception you first have to be aware.

You can’t move up at work, or be thought of for those next big opportunities, without being seen. “Self-promotion” can be seen as an unflattering term, so I prefer to frame it as “self-advocating.” Be confident in the value that you bring in your role where you are right now, and communicate it to those around you. At the same time, when you see others doing valuable work that deserves some attention, be the first to recognize it and call it out. In doing so you create a positive impression with that co-worker, as well as being a trusted advocate – and they will likely want to return the favor.

Get Assigned to Important Projects This is another simple, but not necessarily easy, task. What qualifies as an important project will vary from company to company and role to role. Think about what helps your manager accomplish his or her goals, or solve a major pain point for your team. Always ask, what will improve your key metrics or affect the bottom line?

Some projects can be self-identified, which also shows you can take initiative. In addition, it’s important to let your manager know that you want to be considered for the next big project team. Or if there is a key project or issue about which you are passionate, ask your manager and the team lead if you can help out.

Gain Face Time with Top ExecutivesDepending on the size of your company, this can be difficult. But there are usually formal and informal ways to get to know key leaders. (At my office, for instance, there are employee affinity groups, such as Women in Tech, or Early in Career, that all have executive sponsors.)

Volunteering with these groups, or to lead an event, helps you to gain visibility with the executive sponsors for those groups. The point is to think about with whom you want to connect and get to know more, and the best opportunity to do that. It could be something as simple as over coffee in the break room.

Share your IdeasSpeak up! This took me a few years (in fact, into my twenties) for me to find a comfortable task. Starting at a new company or in a new role, I always had questions or even ideas to be shared — but I rarely spoke up in meetings because I was concerned I didn’t understand the full context of the company, the team, etc. (My tendency is to observe first, until I know the players and the “rules” of the team.)  But once I realized that this company hired me to have ideas, and to even have a fresh, outside perspective, then I got more comfortable.

Become Known and RecognizedThink about what your “brand” is at work. Lead with your strengths. For instance, some recent feedback from my manager is that I know how to “up-level” content and present well for an executive audience. Knowing this is a strength (and also a perception), I can develop myself into being the go-to person for presentations and refining content.

If your strength is managing data and doing analysis, then become known as the go-to person for that. A peer on a previous team had branded herself as “the skeptic” (in a good way!), and was always known for asking the tough questions. In doing so, she helped to elevate any idea or project by pointing out flaws. People appreciated this role she filled, and she became valued  throughout our whole department.

Remember, as you are gaining visibility, stay aware of your perception. It’s not a static opinion, so keep the feedback loop going. The more you practice these activities, the more comfortable and confident you will feel. By taking real steps in these areas, soon you will be getting the opportunities and career growth that you deserve!