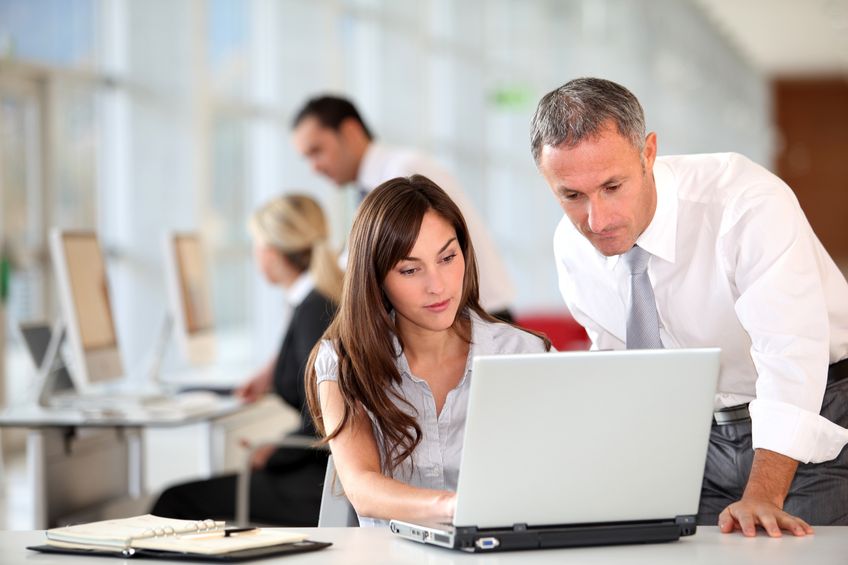 When I was twenty-two, after multiple fundraising events where attendees asked, “Sweetheart, can you please bring me a drink?”, I decided to change the perception of my youthful self. I was working my first full-time job in the sports industry, where I was part of the staff responsible for building and maintaining relationships with extremely successful professionals in the Chicago area. I realized then that I was schmoozing with some seriously rich people, so it was time to start acting like it.

I couldn’t do anything about my age or gender, but I could change the way I carried myself. Instead of standing on the sidelines, outside of the conversation — where they could mistake me for a member of the catering staff — I made my way into it. And then, in order to hold my own once I had inserted myself into these fancy circles, I found myself spending hours preparing for each event, including doing research on the invited guests.

I memorized media guides, stored away stats from recent games, kept up on current events, and read the Wall Street Journal so that I could speak intelligently about business affairs. In short, I armed myself with enough relevant information to fit in. And if there was a topic to which I couldn’t contribute to on a certain occasion, I made sure I was ready for it next time.  I saw changes in the way I was treated almost immediately.

Guidance and Advice from a Great Boss

The next wave of the transformation came with a change in leadership when I began working for my first female boss. She assured me that if there was a bias, most men didn’t even realize they were making these assumptions, and that for the ones who were consciously judging, it was up to me to combat it.

She also told me to dress for the job I want, not the one I have, which is something people had said all the time, but this was the first time I thought about taking the advice. I had been hesitant before because I didn’t want to look like an old lady, and I definitely didn’t want to spend my tiny paycheck on suits, sensible shoes and boring blouses, especially living in Chicago; there were so many other things to spend my money on in that amazing city!  But it also has some of the best shopping around, so I did some serious bargain-hunting to find affordable outfits that would look professional, and still allow me to show my personality.

Once I had my look together, my boss worked to build more confidence by sharing tips to grow “my brand,” just as she had done as one of the only female general managers in college athletics. She also encouraged me to start working in tidbits about myself  — and maybe even some of my professional know-how — during those conversations where I was now a participant, instead of just spitting back memorized stats and facts. For example, if the discussion shifted to the excitement of the close game we played that week, I shared the marketing elements that had fired up the crowd around that game. Providing an inside look into the gameday elements and community events with the student-athletes was an element they couldn’t get anywhere else, so I had their attention. I was interesting!

Use Grace and Guts To Change Your Professional Narrative

The last piece of advice my boss gave me didn’t seem as revolutionary as the rest, but it had a big impact on the brand I was building. When I took quick breaks from all the schmoozing, if someone asked for a drink, my boss instructed me to politely say, “Of course, let me find someone to take care of that for you.” It was so simple, but then I saw the transformation from being perceived as a young waitress to a young professional – all because I had spent time preparing, observing and doing things with a purpose. It occurred to me that it came down to this: if I didn’t tell people who I was, then that left them no choice but to make up their own stories. I was now telling my own story.

Since then, I’ve been helping others do the same, especially when I’m the only female on a sports panel. If the moderator doesn’t ask “the gender-bias question” during the panel, someone from the audience almost always asks some version of, “Is it difficult being a woman in a man’s industry?” I can see the surprised faces when I start my answer with, “It’s not a challenge for me;  it’s actually an opportunity.” I welcome the chance to change someone’s mind about a woman’s ability, as well as encourage women to stop feeding the bias.

Regardless of gender, we should always be at the top of our game by being prepared, dressing professionally and having confidence. Knowing that someone in that room might be waiting for me to do something that supports their bias against women in sports just motivates me to set the highest standard for myself. Holding myself accountable allows me to write the best stories from my career and in turn, share stories that people actually want to hear.

What story are you telling?