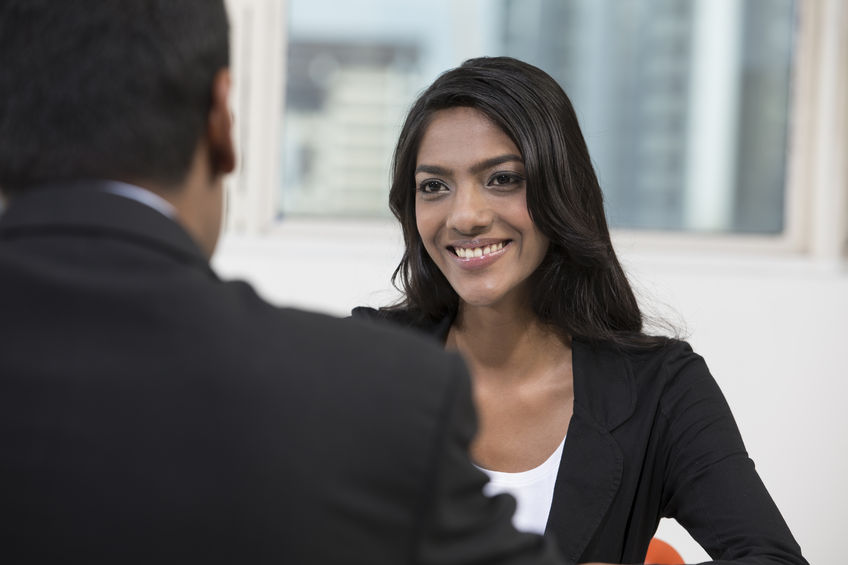 Companies want us to think that promotions are based on meritocracy.  If so, a combination of repeated hard work, competence, and successful business outcomes should be enough to get you to the next level, but many of us know that just isn’t the case.

So what else really counts when it comes to promotions?  Check out these 10 surprising things that can make a huge difference.

You’re Attractive It may be unfair, but it’s true.  Not only do good looking people find jobs faster and earn more money than their less good-looking counterparts, they actually get promoted more quickly too.  The rationale behind this unfortunate reality makes sense: the better-looking you are, the more likely you are to bring more fortune to the company. This is particularly true if you are in a “customer-facing” role like sales, where good looks can establish credibility and increase the likelihood of success.

And while you may be thinking this favoritism towards good looks is completely related to sex, that may only be partially true. In his book Beauty Pays:  Why Attractive People are More Successful, Daniel Hamermesh, professor of economics at University of Texas Austin, writes: “Beauty may just reflect self-esteem. Perhaps people’s self-confidence manifests itself in their behavior, so that their looks are rated more highly, and their self-esteem makes them more desirable and higher-paid employees.”  Which brings us to the next point…

You’re Confident to a Fault In his most recent article in the Harvard Business Review, Tomas Chamorro-Premuzic , a Professor of Business Psychology at University College London, ponders the question “Why do so many incompetent men become leaders?”  One of his assertions explores that we frequently confuse competence with confidence.  Leadership potential is difficult to evaluate, but studies show that confidence, even possibly to the point of narcissism, is perceived as an indicator.  Amy Brunell, lead author of an Ohio State-sponsored study on this very topic said, “Not only did narcissists rate themselves as leaders — which you would expect — but other group members also saw them as the people who really run the group.”

You Have Friends in High Places It’s no secret that sponsorship is key to successful upward mobility  — after all, building out a strong network and finding ways to showcase your work with the higher-ups will go a long way.  But what if you’re actually friends with the boss?  Does that help?

According to career and executive coach Roy Cohen, it sure does. Not only does being friends with your boss mean that they may favor you for projects or exposure opportunities, it means they may also make sure that you meet the right people internally at the company, and can offer more corporate guidance.  And being real life friends with a senior executive can help provide job security: senior members of the executive team may be privy to future organizational changes or even pending workforce reduction.  If they know you’re on an affected team, they may keep an eye on you and sponsor you (with or without your knowledge) into a new position.

So be observant – with today’s approach to hiring being more focused on employee recommendations, there may be more friends of friends lurking around the office than you think.

You’re Famous Actually, if you’re famous enough, you may not even need to worry about being promoted at all.  Many people would argue that being famous is work in itself, and considering what’s involved with becoming and staying famous, that’s probably true.  Thus, in the present approach of faceless digital job applications, anyone who can breed any sort of familiarity with the hiring team may be at an advantage – even if they aren’t the most qualified for the position.  In some cases, their celebrity status may bring them into a company at a higher position than what’s normal for someone else; for example, Chelsea Clinton’s first post-college job was as a consultant at McKinsey, where she made as much money as an MBA graduate, despite having no experience.

You’re a Man It may be a hard pill to swallow, but this is true for a variety of reasons, as described in this Harvard Business Review article. It goes on to elaborate on the increased efficacy with which men (vs. women) can turn mentoring relationships into sponsoring relationships – and, as explained earlier, a high level of sponsorship is one of the key indicators to promotion.  And that’s not all: women are more likely to be perfectionists  then men, and this tendency often results in less risk-taking, or “stretch” opportunities.

You’re Great at Sucking Up You have to be careful with it, and know how to do it without appearing un-genuine, but when done correctly, brown-nosing can pay off, as research proves: a survey  of senior executives at large corporations conducted by Georgetown’s McDonough School of Business shows that favoritism is very much at play in corporate America, with 92% of executives claiming to have seen favoritism play a role in promotions, and 23% admitting to the practice themselves.

So — looking for a promotion?  James Westphal, a University of Michigan business strategy professor who studies the concept of ingratiation and was interviewed for an article in USA Today on the effects of brown nosing at work, would recommend flattery if promotion is your ultimate goal – but do it in private, and not in front of your team, where your attempts could be viewed as manipulation.  It’s human nature to be allured by compliments — and bosses are no exception!

You’re Wealthy (Even Without your Job) This is a slightly complicated but interesting area: being rich has less to do with your actual  promote-ability, and more to do with the benefits that independent wealth can bring you — such as increased confidence and risk tolerance, plus a more pedigreed education or personal network.  Even something as simple as exposure to people in your network who are more senior than you can acclimate you to senior management behavioral norms.  So the more similar you are to those making promotion decisions, the more likely you’ll benefit from “assumed similarity bias” – where you experience increased probability due to the perception of similarity.

You Participate in Gossip and Go to Happy Hours Spending more time with your coworkers may not seem very appealing, but you might change your mind if it helps get you promoted.  Knowledge is currency at the office, so spend most of your time listening and benefiting from what’s shared, and learn when and how to contribute to the gossip mill to improve your standing among your teammates.

As for Happy Hours, socializing out of the regular office environment will afford you the chance to catch up on not only all the work gossip, but to get to know your colleagues on a deeper level if they are willing to share details of their personal lives. Why does all this matter?  Because being in the know can better position you for upcoming changes (like someone planning to leave the team), and that may lead to an opportunity to pitch a promotion. And from a mentoring or sponsorship perspective, gaining exposure to more senior members of your team can leave you with a new connection – one who may see potential in you in the future.

You Act Like You Work a Lot (Even if you Don’t) Perception is everything in the workplace – so even if you’re not that busy, you shouldn’t let on to your coworkers or your team that you have lots of free time.  Some jobs have busy periods followed by slower phases. So If you’re in a slow phase, set up meetings to network with other colleagues, busy yourself reading industry or functional periodicals, or take an online class to improve your skill set — but do not under any circumstances announce out loud to your coworkers that you have nothing to do!

Also, it doesn’t hurt to decline a meeting and ask for a reschedule from time to time to maintain the perception of a busy schedule.  And if you’re really bored or underutilized, share with your boss that you have some excess capacity, and see if you can find your way onto a new project. Bottom line: busy people are seen as important – so find a way to appear busy, even if you’re not.

You Barely Respond to Email If you’re really busy, you can’t possibly be bothered to write long or rambling emails, much less read and respond to them.  Shorter emails convey a sense of authority and confidence, and these are both traits that are considered very desirable when being evaluated for promotion.  Some of the most notable business leaders of our time, including Steve Jobs and Jeff Bezos, are known for their incredibly short emails.

How do you do shorten the length of your emails?  First of all, try to limit your responses to five sentences or less.  If you need more than that to explain your point of view, just respond with “let’s chat.”  And start thinking of email more in the way you’d respond to a text message – no one wants to read through a long email or get involved in a never-ending email chain.  So exert your confidence and authority by being the one to nip it in the bud.  You never know who’s watching, and your skill in response may just get you promoted.