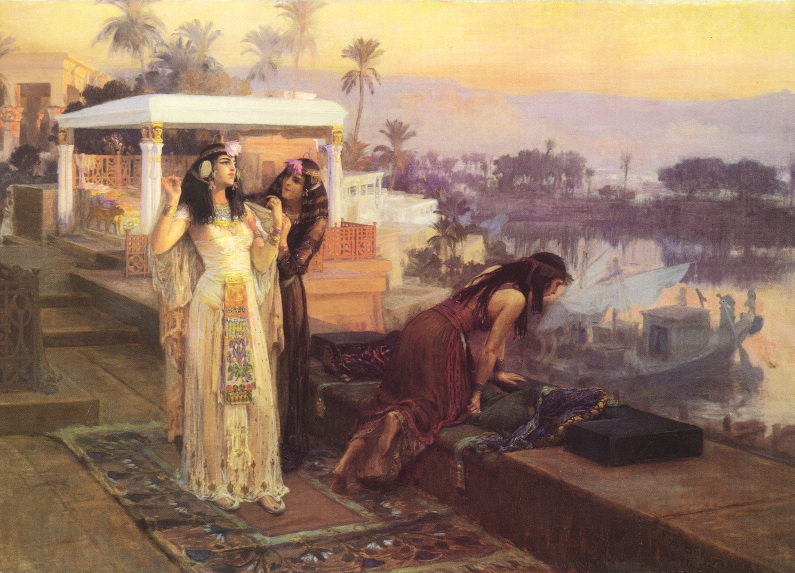 Queen of the Nile

What Modern Women Can Learn from Cleopatra, One of History’s Most Powerful Female Monarchs

While it may seem that Cleopatra is a clichéd female figure, there is much more to the last Pharaoh of Egypt than meets the big screen: while the 1963 film, starring Elizabeth Taylor and Richard Burton (that era’s Brad and Angie), became known as one of the most expensive productions ever, Cleopatra the ruler is a woman remembered for her romantic affairs and exotic beauty — although many scholars now believe that she was actually also admired for her brain, charm and wit. Above all, Cleopatra, the reigning Queen of the Nile from 51 to 30 BC, showed determination to accomplish lofty goals despite any obstacles.

Although little is known about the birthplace and mother of Cleopatra, we do know she came from three centuries of Macedonian Greek rulers, and her father was a descendant of  Alexander the Great’s general. She married not just one, but two of her brothers, as was the custom of that time, and was the only Greek-ruling Pharaoh to speak Egyptian. She also had an affair with Julius Caesar that produced a son, Caesarion.

Since she was a young woman, Cleopatra had plans to build a vast empire and carry on the conquests of Alexander the Great, and towards that goal, set about attempting to make Egypt the richest country in the world. She also led an army to try to defeat her brother, with whom she was initially co-ruler; with Julius Caesar’s later help, she was in fact named sole ruler of Egypt. She was a great lover of books, a linguist, and a master of trade and business relations. She spent many of her days reading about economics, philosophy, religion, politics, etc., and even built some of Egypt’s most luxurious libraries.

Unlike her father before her, Cleopatra was a vastly intelligent woman known by those around her to be ruthless but adaptable, which led to the great prosperity of Egypt during her reign. Her willingness to learn Egyptian, among other languages, was to serve her aim of representing herself as a leader of her people. Her days were filled with intellectual conversations and progressive thought as she strategically planned her legacy.

During a time when Julius Caesar was looking to expand the Roman Empire and in desperate need of Egyptian grain and wealth, Cleopatra presented herself to the powerful Roman leader in order to create a mutually beneficial relationship. Cleopatra and Caesar’s relationship blossomed into something of a serious concern for Roman politicians. The more time the two spent together, the more Cleopatra was able to show Caesar the benefits and potential riches that limitless empire-building would bring. After Cleopatra became pregnant with Caesar’s son, Caesarion, the most powerful couple in the world decided to abandon the institution of democracy. Together they made plans for Caesarion to rule an empire much larger than that of Alexander the Great.

The Death of a Dream

After the assassination of Caesar, however, and the subsequent unrest in Rome, a worried Cleopatra returned to Alexandria, where she found the country corrupted by Greek politicians.

Taking control of Egypt once again, Cleopatra rebuilt much of the luxurious city and restored its economy. It was soon after she left Rome that she began her love affair with Mark Antony, a loyal friend to Caesar, and became pregnant with his twin children. Mark then temporarily abandoned Cleopatra to marry Octavia, the sister of Octavian (Caesar’s great-nephew-turned-adopted son), and Cleopatra became a single mother of three.

Cleopatra might have been able to continue her reign and fulfill her plans for Caesarion to rule a great empire, but tensions in Rome were rising.  Octavian wanted Cleopatra and her children killed for fear of them returning to Rome to take over the empire, and was also unhappy that Mark Antony and Cleopatra were now continuing their love affair, despite the fact that Mark was married to his sister Octavia.

War was now on the horizon and Cleopatra knew that the end to her dream of her children ruling a vast empire was near. Instead of suffering humiliation or being publicly murdered, Cleopatra died in the confines of her own chambers, shortly after Mark Antony had committed suicide after a crushing military defeat (and with some saying that it was after he had been mistakenly told that Cleopatra had died). It is unsure whether Cleopatra’s death was an accident or suicide, but it was due to the bite from an Egyptian cobra, spelling the end of the last Pharaoh of Egypt.

Lessons from a Legendary Leader

Cleopatra’s legendary legacy lives on so many centuries later; she was born in 69 B.C. (i.e. before the birth of Christ), and died at the age of 39, yet her many accomplishments and force of personality still resonate today.  Here is the takeaway from the tale of this compelling female figure: