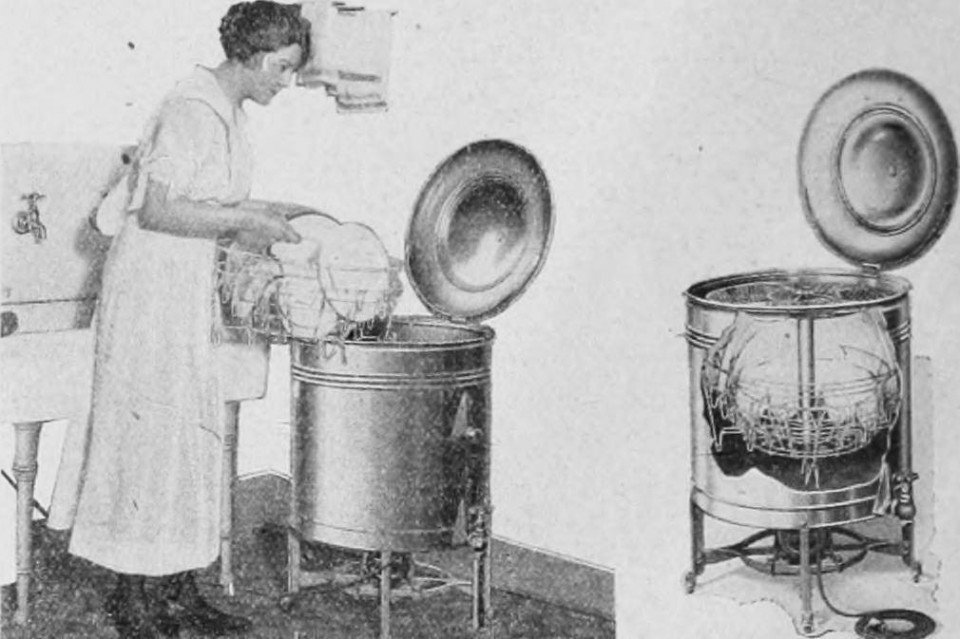 Women are natural problem solvers, and therefore, are naturals at inventing solutions to everyday problems. Too often, we take for granted the inventions that improve or make our daily lives easier. “Who invented this?” is pretty far from mind.

These innovative women solved problems before others even realized there was a problem.

Paper Coffee Filter – Melitta BentzImagine dragging yourself into the kitchen in the morning, wrapping ground coffee beans into a piece of linen and tying it tightly before submerging it in hot water to brew your morning coffee. If the steps seem like more than you can handle at 5 a.m.—especially the crunchy grounds left in the coffee after brewing– thank Melitta Benz for inventing the paper filters that simplify making coffee at home and at the office.

Bentz, a Dresden, Germany housewife, got tired of crunchy coffee laced with grounds from the course linen “filters” used for coffee. She devised the first paper filter by repurposing a brass pot into which she had punched holes and placing a sheet of paper from her son’s notebook to keep the grounds from passing into the coffee, but still allowing the water to pass through the ground coffee beans. She registered her design on December 15, 1908 in Dresden.

Windshield Wipers – Mary AndersonThe next time you flip the lever to turn on your windshield wipers when rain or snow decreases your visibility, think about Mary Anderson. For early automobile and streetcar drivers, driving in snow, rain or sleet meant scraping sludge from the windshield by hand while driving down the road. On a trip to New York City in 1903, Mary Anderson, a Birmingham, Alabama native, noticed the trouble a trolley driver was having seeing through a windshield coated in snow. She immediately sketched a design for a wooden, spring-loaded arm with rubber attached to a lever that could clean the windshield of a vehicle without having to open a window or get out of the vehicle.

As soon as she received her patent, Anderson tried to sell her invention, but no company would buy it. People argued that her product would distract drivers with their constant motion. Her patent expired before the idea caught on, and although she patented the first design, she received neither credit nor compensation for her invention.

Livestock Handling Systems – Dr. Temple GrandinAnimal handling expert, Dr. Temple Grandin, has designed numerous livestock handling systems, such as the curved cattle chute that use the animals’ natural behavior and tendency to return to where they came from. She has studied animals at hundreds of farms, stockyards and slaughterhouses. Her understanding of their nature helped Grandin to design corrals, race and stockyards that put the least amount on the animals as possible. Keeping animals comfortable and reducing their stress leads to healthier animals and a healthier food supply.

Most people, however, are not as familiar with Dr. Grandin’s world-renown animal expertise or the books she has authored, as they are with the fact that Dr. Grandin lives with autism. She reportedly did not speak until she was four years old and perhaps, through her own experience of being unable to explain her needs, she gained an acute understanding the animals’ plight.

Automatic Dishwasher – Josephine CochraneWhen Chicago socialite Josephine Cochrane designed the first dishwasher, making life easier for women wasn’t exactly what she had in mind, she simply wanted to protect her heirloom china from the clumsy servants! Cochrane noticed that her family’s china had been chipped by careless servants and began washing the dishes herself to protect it. She soon tired of the chore and wanted a way to wash the dishes without having to handle them. She designed a dishwashing machine that held dishes firmly in a metal rack inside a boiler while hot, soapy water was sprayed over them. Unfortunately, Cochrane’s husband died shortly after and with him died his influence in the community. She would have to manufacture and sell her idea on her own.

Early frustrations almost kept Cochrane from bringing her idea to market. She couldn’t convince men to make the dishwasher her way, instead wanting to try their own “better” designs first. When none of those worked, Cochrane finally enlisted the help of a mechanic named George Butters and patented the Garis-Cochran Dish-washing Machine in 1886. Her first sales were not to the housewives that had been her original target market, but instead were the local hotels around the Chicago area. After her death, Cochrane’s company was sold to Hobart, known for their commercial appliances, and it was Hobart, under the household name of KitchenAid, that introduced the dishwasher to homes.

Could you invent something today? Of course you could.  In the words of another great female inventor, Stephanie Kwolek, the DuPont scientist that discovered Kevlar used in bulletproof vests,” All sorts of things can happen when you’re open to new ideas and playing around with things.”