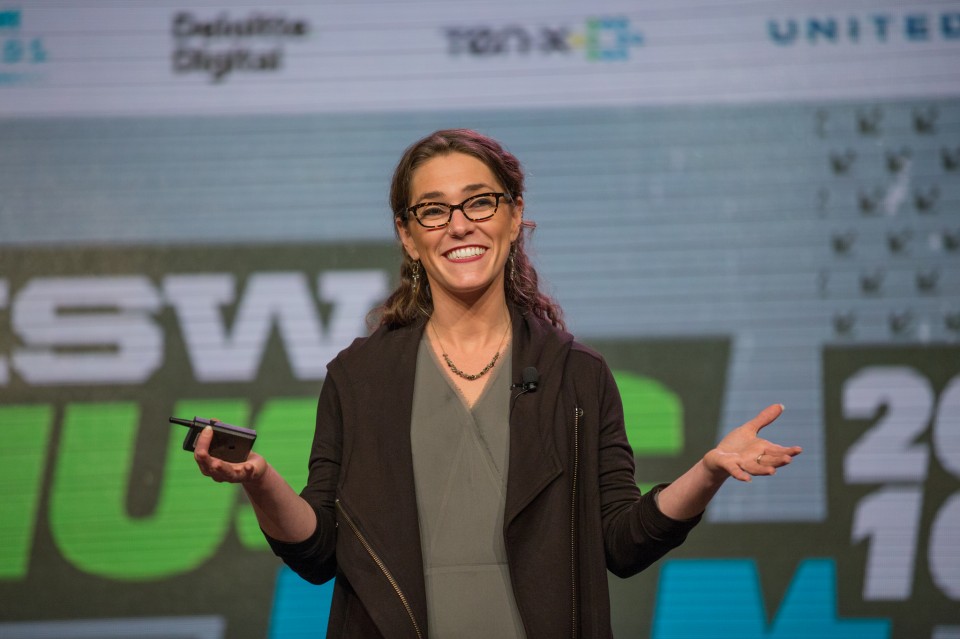 How Panels, Presenters & the President Emphasized the Civic Duty of Innovators & Entrepreneurs

Somebody pinch me. After obsessively checking my email to learn whether I’d won the “lottery” to attend President Obama’s SXSW keynote, I was finally sitting in the same room with the President of the United States! Granted, it was a very large room – an auditorium, actually – and I was in the nosebleed section along with hundreds of my fellow global citizens. But still.

Obama’s keynote kicked off an inspiring SXSW Interactive week that shone a bright light on how government is meeting America and the world’s most pressing challenges in new and innovative ways. With a total of sixty-eight panels in the Government and Policy track, SXSW Interactive paraded government down the catwalk of this emerging technology conference.

And the Head Fed — the Chief Recruiting Officer himself, President Obama — baited the hook for those festival-goers who were more motivated to change the world than invent the next ride-sharing app. He challenged the audience with a question that no self-respecting do-gooder can refuse: “How can we start coming up with new platforms, new ideas, new approaches across disciplines and skill sets to solve some of the big problems we’re facing today?”

Now I’m a former Fed myself, having spent nearly ten years on the Pentagon’s policy staff, so it’s fair to say that I’m vulnerable to marketing hooks that invoke my sense of civic duty. But to do it at SXSW, a cultural mecca of emerging technology and human inventiveness, sent a different message, this one reminiscent of John F. Kennedy’s historic line from his 1961 Inauguration Address. Obama implored the SXSW digerati: “It’s not enough to focus on the cool, next big thing, it’s harnessing the cool, next big thing to help people in this country.”

The President’s message resonated throughout the rest of the week, as panel after panel showcased the ways that civic-minded entrepreneurs were making a difference. Here are my three main takeaways:

1. Government is the Original “Impact Investor. ”Government gets a bad rap, but it’s been doing the honorable trench work of finding new ways to solve the world’s toughest challenges since long before the Internet was a thing. During his keynote, President Obama said, “Every day government is delivering for everybody, whether you know it or not.” From the Human Genome Project to putting a man on the moon and inventing the packet-switching technology that became the foundation for the Internet, government was the lead investor in high-risk, history-making impact ventures.

Today, with new programs that provide red tape-free inroads for our nation’s top tech talent to apply their skills on behalf of the American people, government is again making the concept of innovation  beguiling — and a magnet for talent. Examples? Programs like the U.S. Digital Service, launched as an emergency response to the 2013 Healthcare.gov debacle, sprinkle a little “Silicon Valley” on the slow-turning gears of Washington bureaucracy. Other federal programs like 18F and the Presidential Innovation Fellowship, plus municipal Entrepreneurship-in-Residence projects in cities like San Francisco, are creating opportunities to marry the ingenuity in today’s innovation economy with the complexity and social value of inherently governmental work.

2. Policy Entrepreneurship is a Real Thing. SXSW Interactive introduced me to the many ways that entrepreneurs — and their intrepid, innovative-focused counterparts, intrapreneurs — are finding new and creative ways to deliver critical citizen services and build thriving communities. Here are two of my favorite discoveries:

3. Women (in Government) are Making Their Mark — with Loads of Panache

Throughout the conference, it was abundantly clear that women are leading the crusade to make government great again. Some of the most inspirational panels exploring the edge of civic innovation featured the work of phenomenal women:

And the list goes on. City of Austin’s Chief Innovation Officer Kerry O’Connor, Washington D.C. Mayor Muriel Bowser, Baltimore Mayor Stephanie Rawlings-Blake and many more exemplify the kind of bold and innovative leadership that women are bringing to government.

These things make me optimistic about the future. (Funny that I had to travel from our nation’s capital to a tech conference in Texas to fall in love with government again!) This new sense of possibility could be summed up by President Obama’s opening remarks, when he reminded us that the most important office in a democracy is the office of citizen: “Whatever your field is, there is a way for you to engage and participate to take this democracy back in ways we have not seen in a long time.”