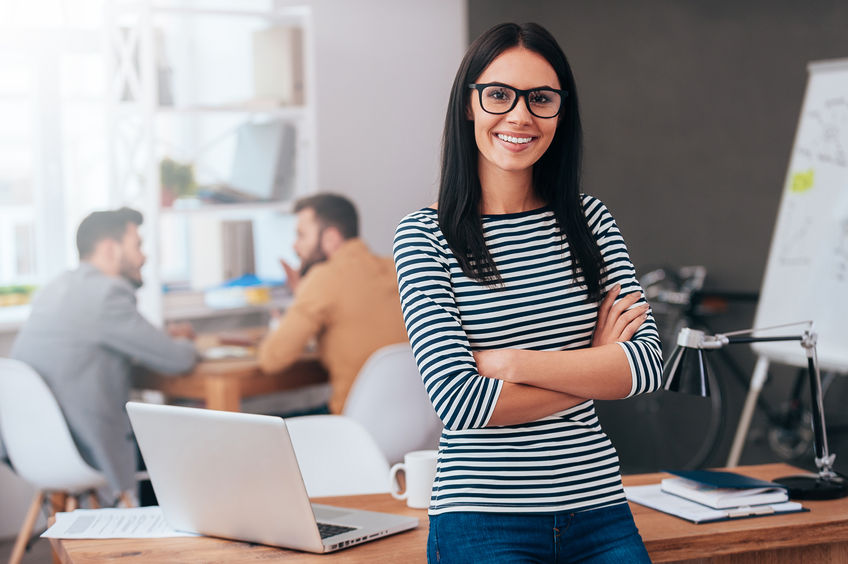 The Newest Stats and Figures on Females in STEM

If you’ve seen the film The Martian, you couldn’t fail to notice that the film was essentially a great advertisement for STEM, if not for women in STEM (more on that later!).  That said, the underlying narrative reinforced the idea that science, and specifically STEM, will save us all.  In fact, the moment Matt Damon’s character announced “I’m going to have to science the s— out of this,” my inner geek fist-pumped the air (reader — do not do this with a full popcorn bucket), giving me a feeling of exultation, and the thought that maybe it was true, and geeks would inherit the earth.

When you think about it, technology is often assumed to be a progressive force for good; our unquestioning assumption is that it improves lives.  But it’s not always that way — in fact, there’s a darker side to the shiny world of technology.  Let’s take a very simple example: until its suspension in January 2014, there was a rule that when a Saudi Arabian woman crossed the border, a text message would be sent to her male guardian, essentially tracking her movements. Furthermore, a survey by the U.K. Charity Women’s Aid Survey revealed that 41% of women who had experienced domestic abuse had been tracked via their online activities by their partners; in this case relatively benign technology is used to control and potentially coerce. So whilst technology can be a force for good, in fact very easily it can be used to dis-empower.

And there are subtler ways that technology can disenfranchise women; even the cultural narrative around STEM often excludes women. For example, how often do you hear about the female tech pioneers such as Radia Perlman, whose Spanning Tree Protocol (STP) laid the foundation for the internet, or Hedy Lamarr, not “just” a glamorous actress from the 1940’s, but also the inventor of a radio guidance system which informs modern day Wi-Fi and Blue Tooth technology; or the huge legacy of NASA’s female “human computers.” The airbrushing of their achievements from the history books and popular culture serves to propagate the idea that STEM is a male pursuit, and the absence of female role models serves to reinforce this dynamic.

Equally, the film world has done little to promote the idea of women in STEM; I can count on the fingers of one hand the number of times I’ve watched say, a disaster movie, and witnessed a woman as engineer/scientist/geek tasked with the role of saving humanity.  And while in The Martian at least the mission commander was female, there was a distinct absence of women on the NASA tech team that was called upon to stage a rescue.

While you might think “it’s just a movie,” our recent Women’s Index Research partnered with the Geena Davis Institute on Gender in Media, and found the persuasive power of the moving image, particularly when it comes to women’s career and life choices. From our research, 58% of women said that an onscreen female role model had made them either more ambitious or assertive, and 1 in 5 women said onscreen role models had helped them stay determined in the faces of gender discrimination. So if the research tells us one thing, it’s that what women and girls see onscreen can translate into the real world, and that role models matter.

If you wanted further evidence of the importance of role models, it’s possible that the Gulf States (the Arab States of the Persian Gulf) are not the first place you would think of looking, but in fact the region lays claim to up to a surprising statistic: 60% of STEM graduates are female, in part due to the fact that cultural laws mean that girls are taught by female teachers. This scenario provides students with female role models, and reinforces the idea that a career in STEM is possible and desirable, serving to challenge the gender and cultural stereotypes.

In addition, a recent study has demonstrated that women as coders don’t just satisfy diversity quotas, they produce better more accurate code. But here’s the kicker: their code is only judged to be more accurate when it’s submitted anonymously — if the code is known to be produced by a woman, it’s often rejected.

However, women’s fortunes in the tech world are changing, and thanks to mentoring and investment programs, the number of female tech startups is witnessing an upward trend both in the U.S. and even farther afield in India and Gaza.  Added to this is the fact that Google’s Global Entrepreneur Manager Bridgette Sexton Beam reports that tech companies led by women are more profitable, with a 35% higher return on investment, and a greater revenue than male-led companies, in itself creating a financial imperative to get more women into the industry.

The upshot of all of this?  Going back to my happy fist-pumping at the screening of The Martian: I realize now that it may not be the geeks, per se, who will inherit the earth, but rather Lady Geeks, as women “byte back” worldwide in the tech arena.