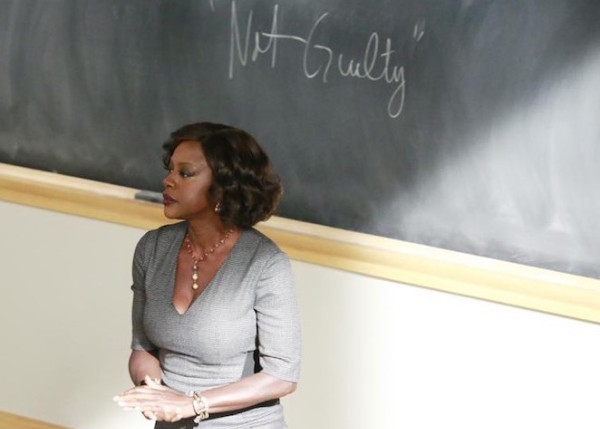 How How to Get Away with Murder has Reshaped Television

Tonight, the season’s biggest drama comes to a crashing close. After an upsettingly short, 15-episode season (the last two episodes will air as this evening’s two hour finale), fans and How to Get Away with Murder addicts will finally learn who really killed Lila. 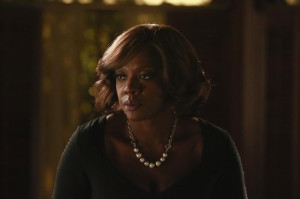 If all this sounds familiar then you’ve already drunk the Shondaland kool-aid and – numbers don’t lie – many of us have. According to ABC spokesperson, Salima Merchant, “In its debut season, How to Get Away with Murder is averaging 10.7 million total viewers [per episode] and a 3.5 rating.” Numbers, which by all standards, are exceptionally high. Airing this season at the coveted 10pm Thursday timeslot, HTGAWM has become the night’s number one series for the 18-49 demographic.

Backed by television’s most powerful producer, Shonda Rhimes, How to Get Away with Murder might have had a helping hand in the beginning – airing back to back with Rhimes’ other successful melodramas Grey’s Anatomy and Scandal. But, by the time HTGAWM’s fourth episode aired in October, history had been made. Towards the end of the 40+ minute episode, after learning of her husband’s most recent affair, Davis’ character, Annalise Keating removed all of her makeup along with her wig – on camera. The bold move, that left Davis looking like an everyday woman, became one of the most talked about TV moments of 2014. What’s more, the scene was Davis’ idea.

“I’m a woman. I like to see women on TV. I like to see real women on TV,” she said in an interview with Essence Magazine, explaining her thought process behind the decision. “Human is, ‘I have to take this hair off at night.’” Her onscreen honesty mixed with her notable talent has not only made Davis a primetime favorite, but also an award show favorite. For her work on the Shondaland drama, Davis won this year’s a Screen Actors Guild Award for Outstanding Performance by a Female Actor in a Drama Series, and an NAACP Image Award for the same category. Though The Affair’s Ruth Wilson took home the 2015 Golden Globe for Best Actress, Davis was among the five women nominated.

Nearing 50, Davis is nothing short of an icon for women across the board, but her age – though frequently talked about – isn’t all that outlandish. While Scandal’s Kerru Washington comes in just under 40 (38 to be exact), both Robin Wright (House of Cards) and Julianna Margulies (The Good Wife) are 48, and Madam Secretary’s Téa Leoni is 49. Each of these actresses disprove the notion that older women can’t be respected sex symbols. Yet, with Annalise’s cutting intellect and tangible sexuality, Davis’ portrayal of the character has earned her both positive and negative feedback.

“Thank you for thinking that a sexualized, messy, mysterious woman could be a 49-year old dark skinned African American woman who looks like me,” said Davis in her moving acceptance speech at this year’s SAG Awards. It’s arguable that as the lead on fall’s most watched new series – and the third most popular show on broadcast television – Davis and the rest of the HTGAWM cast are changing how women on television are perceived.

As many others have already noted, Rhimes’ stepping in as producer for a new fall series in and of itself is nothing new in the TV world. Successful producers, which Rhimes became long before Scandal ever premiered, are asked to take on new shows all the time. However, with the Thursday night placement of How to Get Away with Murder, Shondaland now reigns over Thursday night primetime. They even have their own hashtag (#TGIT), and an array of smart commercials featuring cast members from all three shows. Thursday nights – for the first time since NBC aired Friends and ER in the 8pm to 10pm slots – have once again become broadcast TV’s biggest night.

As a creator and producer, Rhimes has grown bolder and bolder. When Grey’s Anatomy first premiered in 2005, it was not a groundbreaking show. Though entertaining and well loved, it followed the hospital drama formula already put into place with Chicago Hope and ER. And while Hope had ended its six year run in 2000, ER, which also premiered in 1994 with Hope, would continue to air for another four years after Grey’s hit ABC. But today, Rhimes’ doctor-filled soap is the last standing hospital melodrama and, for many younger viewers, the only drama they’ve seen of its kind.

As Grey’s ratings continued to soar, Rhimes garnered more clout in the TV-making world. Which is why – when Scandal premiered in 2012 – the show had a bit more oomph than Rhimes’ original series. Also, it deserves to be noted, Scandal is one of the first shows on primetime to cast a black woman in the lead role.

With this year’s How to Get Away with Murder, Rhimes took her daring – and her power – one step further. Unlike Olivia Pope, Annalise is a bit less likable, but equally worthy of respect. As Rhimes has evolved into one of the most noteworthy women in television, her characters have followed the same evolution. Today, we see Rhimes brazenly unafraid to feature dynamic, intriguing women on her series. And what’s more, she’s giving black leading ladies some much deserved time in the sun.

According to Forbes, thanks in part to the success of How to Get Away with Murder (along with Fox’s 2015 new series, Empire), this fall’s pilot season will be reworked. Both shows share a common thread in that their casts are racially diverse and that their characters are complex, additionally neither is afraid to feature LGBT romances onscreen. In January, Deadline reported that NBC asked one of their 2015 pilot writers to rewrite the script for Love Is Four Letter Word – a potential new series. Specifically, the station wanted the story’s lead couple to be re-imagined as black instead of white. Once the change had been made, NBC officially picked up the pilot script.

“With any luck, the success of How to Get Away with Murder and Empire have forced the networks to rethink the buys they made in 2014, and what will result is a more even slate of original and adaptation based pick-ups that will all occur for the singular, correct reason of making great television” (Forbes). Of course, Rhimes – though not the creator of HTGAWM, her co-producer, Peter Nowalk holds that title – has had a big role in this upcoming shift.

With the season finale just hours away, the question on everyone’s mind is when will Annalise and the Keating Five return to primetime. Kristen Andersen, ABC’s publicist for show told SharpHeels via email that ABC hasn’t “officially picked up season two yet.”

However, a look a Davis’ Facebook page tells a different story. As one of the most popular shows of the 2014-2015 season, the return is all but guaranteed, so fret not Murder fans. We’ll keep an eye out for the premier date, you just sit back and enjoy tonight’s two-hour ride. TGIT.