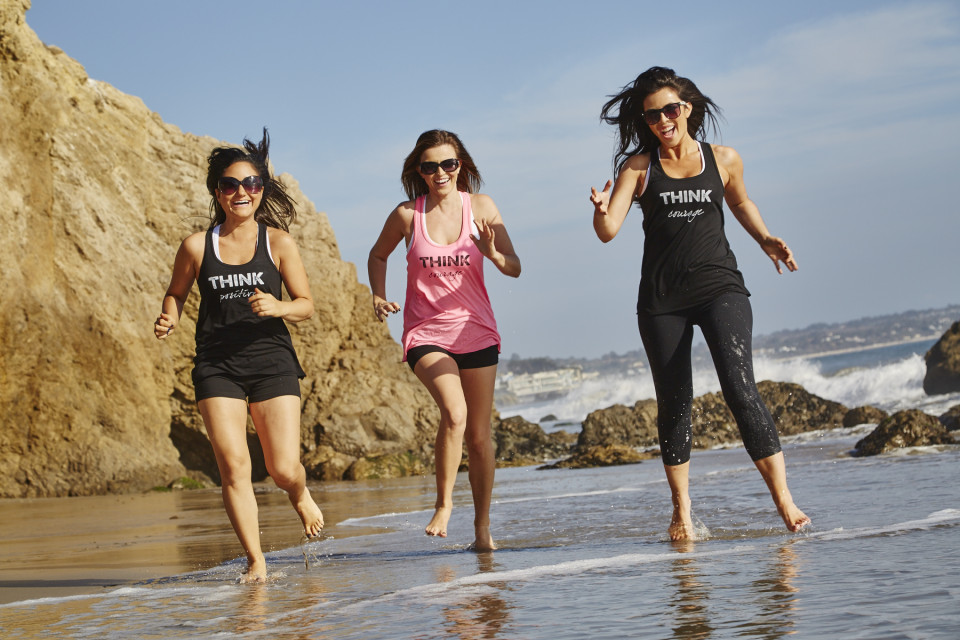 THINK. It’s All in Your Mind

The back of the classic tank reads, “It’s all in your mind.” The front of the pink shirt sports the saying, “Think Courage.” 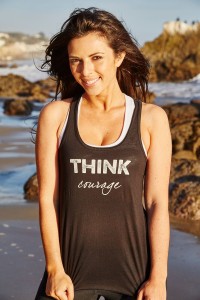 As a former journalist, current blogger, and social media aficionado THINK CEO, Mariel Heather, knows that words inspire action. She believes in positive thinking, empowerment, and fitness and has recently merged the three into a new business venture that is rapidly becoming a favorite with women. THINK launched its online storefront on November 2, 2014 with a line of tank tops featuring six positive slogans in three colors: pink, gray, and black. THINK also offer a tote bag that’s perfect for the gym.

Heather’s, and THINK’s, mission is simple: inspire women that whatever they believe, they can achieve. Heather expressed her guiding philosophy as, “To never give up and always look for the positive in a negative situation.” She said, “Persistence is key.” Her workout tanks subtly remind women that everything they need to know is already inside them, in their minds.

THINK’s message and mission do not stop there. Each month, THINK donates ten percent of their proceeds to a charity or non-profit that aligns with THINK’s philosophy. “I always think it is important to give back,” Heather said. When women work out in THINK attire, they do something good for themselves, while they pay it forward by doing something great for someone else as well.

Heather looks primarily for charities that focus on women’s empowerment. THINK recently supported Girls Write Now that, according to Heather, is a “nonprofit based in NY that mentors at-risk and underserved young women to critically develop their writing skills and explore new modes of creative expression.” The charity boasts a 100% graduation rate for their participants. Upcoming recipients will include Young Women Empowered, American Heart Association and the Eileen Fisher Leadership Institute. Heather enjoys traveling to meet and create partnerships with non-profits across the country.

Like many courageous entrepreneurs, Heather has financed THINK with personal savings and the full time day job that she still works while operating THINK. She has no current plans for a brick and mortar THINK store. Heather may not have plans for a store in her native Brooklyn, New York, but her heart lies in her community. Every THINK fitness apparel item has a stamped tag that reads, “Created in Brooklyn.”

When Heather started her THINK, friends said to her, “Oh, I wish I could do that.” Her answer to all women is, “If you have an idea, you should do it.” She wants all women to realize that they have the power to create change for themselves. “You can start over, you can start a new career at 50,” said Heather. Taking a lesson from her own career path, Heather said she wishes she could tell her younger self, “If something doesn’t feel right for you, don’t think you have to continue it.” That’s good advice for women of all ages.

Heather’s short-term plan for THINK is to continue to inspire women as she builds brand awareness. Her projections include expanding the offerings in her fitness apparel line to include a larger selection of empowering shirts. THINK will head to San Francisco for an event called Treasure Island Flea on January 24, 2015; those in the area can check out THINK’s offerings.

The event is actually a re-schedule of one postponed at the last minute due to inclement weather when Heather was already in flight across country with plans to exhibit. True to her message, when Heather found out that the event had been re-scheduled, she did what she always does when faced with a negative moment. Heather tried to “take away something that I can learn from it.” She hit the streets of San Francisco stopping in at fitness studios and boutiques, made some new connections, and took a hike in Muir Woods to see the redwoods.

In conjunction with its inspirational fitness line offerings, THINK wants to share womens’ inspiring stories on their website. Heather asks that women contact her with their personal stories of accomplishment and success.

No matter where they are, women have the power to change their circumstances if they don’t suit.

THINK. It’s all in your mind.