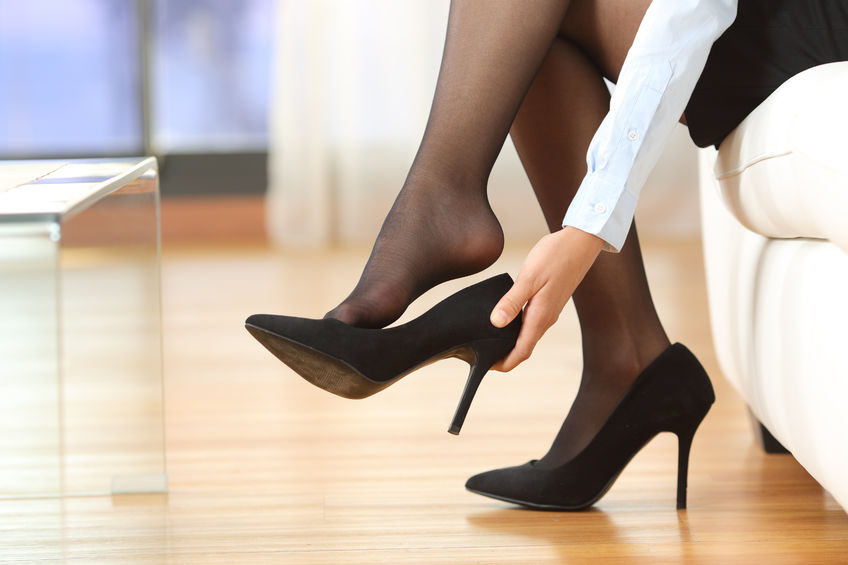 Why I Wear Heels

I recently had the privilege of attending my first women’s conference of the year in San Francisco. The theme of the conference was “Changing the Game.”  As I listened to the inspiring speakers and felt my own enthusiasm rising, I couldn’t help but wonder that with all the passion and dedication from so many leading female figures, and the vastly publicized topic of gender inequality, why isn’t the gender gap closing?

In 2016, women still hold less than 5% of CEO positions at S&P 500 companies. Yet, we had powerful leaders such as former World No. 1 tennis player Venus Williams, Congresswoman Jackie Spears and Ann Wojcicki, the Co-Founder and CEO of the genetic-testing service 23 and Me, working tirelessly to change the path for women. Spears has been leading the fight against sexism in Science and Technology during her eighteen years in congress; Williams has changed the face of tennis for women by helping them win equal pay at Wimbledon; and Wojcicki has been fearless in co-founding and running the enormously innovative company 23 and Me.

Even President Obama is doing his part to bring the gender gap to the forefront of the news through legislation and, most recently, a Women’s Rights memorial. The issue of gender inequality in the workplace is perhaps the most relevant than it ever has been, yet across America women are still less likely to ask for that much-deserved raise or go for that dream promotion. Why?

A few days after the conference I felt my fervor dying and slowly my normal reality crept back in. My all-consuming workday, combined with being a wife, mother and friend, left me little time to ponder or research this question.

A Long-Ago Memory Sparks a Realization

Shortly after the conference, while coloring Easter eggs with my niece, who is tall for her age,  which is something she and I have in common, I told her a story of when I was in high school and went to prom. I was a little self-conscience, because I was a smidge taller than my date. Through dinner and the start of the dance, though, I was beginning to think my nervousness was for nothing. That was until picture time. The photographer told me to slouch down so I wouldn’t be taller than my date. I was utterly embarrassed and my date didn’t say a thing. I did as I was told, but that photo never saw the light of day. Being tall was something I tried to hide in order to fit in with the rest of my peers.

Reflecting on this and how I have learned to appreciate being tall, I told her not to hide her uniqueness, but to embrace what sets her apart. In telling her that, it suddenly dawned on me; could confidence be partially to blame for women’s under-representation at the highest levels? Think of all the messages women generally receive growing up:

A grown-up version of these messages: Work hard, keep your head down, and you will be rewarded. Unfortunately, this thinking is a disadvantage in the workplace, but many women do not realize that.

A 2015 study done by KPMG asked 3,000 professional women about the lessons they learned growing up.  86% of the women said they learned to be nice to others. This is compared to only 44% who said they learned to be a good leader and 34% who claimed they were taught to share their point of view.  How can we expect to have confident women in the workforce when women aren’t taught confidence at a young age?

The Synergy of Confidence and Competence in the Workplace

According to Katty Kay and Claire Shipman, the authors of The Confidence Code, there is a very real confidence gap between men and women. Complicating this is the fact that confidence can be a precursor to a highly-developed sense of competence in the workplace, a recent article in Forbes points out. Through their research, Kay and Shipman state in an article for The Atlantic, they found that “compared with men, women don’t consider themselves as ready for promotions, they predict they’ll do worse on tests, and they generally underestimate their abilities.” Of course, some of this difference in confidence can be chalked up to hormones (i.e. testosterone vs. estrogen). Likewise, scans have shown that women access the amygdala easier in stressful situations. This is the part of the brain that houses emotional memory; thus, women are more likely to remember and reflect on past mistakes than men are.

But what about the part that is not biological? Is there a learned confidence gap? Turns out there is. “Girls seem to be more easily socialized,” says Stanford psychology professor Carol Dweck, and author of Mindset: The New Psychology of Success. “They get a lot of praise for being perfect.” Consequently, they get accustomed to this approval, and many girls learn to avoid taking risks and making mistakes. This puts them at a huge disadvantage in business, since the qualities of risk-taking and being comfortable with trial and error are crucial for confidence-building.  If you never learn to fail, you can’t learn to succeed.

As mentioned above, evidence is showing that success is linked to confidence almost as much as competence. This means that someone who may not have the skills but has confidence may get ahead quicker than their skilled, but less confident, counterpart. Thus, if we want more women in leadership, then teaching confidence is key. Moreover, the KPMG study shows us that a woman’s views of leadership begin to take shape early in childhood, starting with the values she learns, her exposure to leadership skills, and whether she has positive leadership role models.

Solution: Build Confidence in Women at a Young Age

While closing the confidence gap may not fix the gender gap, it can certainly start to bridge it. According to KPMG, nearly nine out of ten women are encouraged by the women they see in leadership today. When we start to build confidence in young women — our daughters, our nieces, our friends’ children — we will then start to close the gender inequality in the workplace.

Since I’m 5’11, I often get asked why I wear heels when I certainly don’t need them. I usually smile and just say, “Because I like them.” The truth is that I wear heels for my sixteen-year-old self, for my eleven- year-old niece, for my daughter who is already tall for her age, and for all of the girls who are working so hard to hide the unique thing about them. It’s time to be role models for our young women and lead them into the workplace as fearless, confident women, ready to change the game.