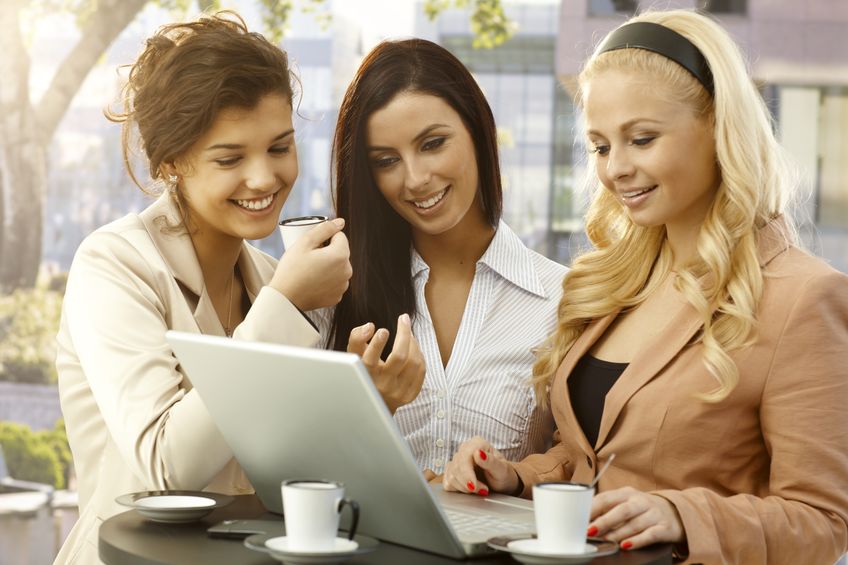 Women are Good for Business

Why Female Purchasing Power is Great for the U.S. –  and Why Investing in Female-Helmed Companies is even Better

What do you call a demographic that controls over $11.2 trillion in U.S. investable assets, raises the collective intelligence of a group, and drives collaboration and innovation, not to mention higher returns on equity and better operating results?

That impressive-sounding demographic is known by a straightforward term: “women,” and it’s one of the largest collective opportunities we have in front of us today.

Women Now Control the Purse-strings – and the Investment Ledger

A whole lot has changed, and been changed by, today’s generation of women.

According to a 2012 article “The Purchasing Power of Women” on marketingzeus.com, women today account for 85% of all consumer purchases — everything from autos to health care. They control an estimated 91% of new home purchases, 66% of personal computer purchases, 92% of vacation planning, 89% of bank accounts and 93% of food choices.

Another study, “Harnessing the Power of the Purse,” from the prestigious Center for Talent Innovation shows that in the U.S. alone, women exercise decision-making control over $11.2 trillion – roughly 39% of the nation’s estimated $28.6 trillion of investable assets. Adding to this female-forward state of affairs: over 60% of high-net-worth women have earned their own fortunes, and women represent more than 40% of all Americans with gross investable assets above $600,000.

What do all these dizzying statistics mean? It comes down to the fact that the number of wealthy women in the U.S. is growing at twice the rate of the number of wealthy men.  The book, Women and Money: Matters of Trust, by Mary Quist-Newins, also estimates that women will control two-thirds of the consumer wealth in the U.S. over the next decade and be the beneficiaries of the largest transference of wealth in our country’s history.

Females Lead the Way in Leadership

While many studies are quantifying the sheer purchasing and investment power of women, others are also starting to uncover the fact that women make exceptional leaders.

According to a book by John Gerzema and Michael D’Antonio, The Athena Doctrine: How Women (and the Men Who Think Like Them) Will Rule the Future, quoted in an article in Forbes magazine, women excel in a variety of realms that are important to long-term growth – such as cooperation, communication and sharing.

More startling: according to research conducted by Jack Zenger and Joseph Folkman in the Harvard Business Review and quoted in Forbes magazine, two of the traits where women outscore men to the highest degree — taking initiative and driving for results — have long been thought of as particularly male strengths. Zenger and Folkman note: “Women make better leaders than men. They build better teams; they’re more liked and respected as managers; they tend to be able to combine intuitive and logical thinking more seamlessly.”

How does all of this solid leadership translate into results?  How does 41% higher return on equity and 56% better operating results sound to you?  That’s what happens to companies who have a higher portion of women on their executive teams, according to a 2012 study by the famed McKinsey Institute commissioned by The Wall Street Journal.

Other research shows that gender diversity is particularly valuable where innovation is involved, and research conducted by the Kauffman Foundation (see Women in Technology: Evolving, Ready to Save the World) shows that women-led private technology companies are more capital-efficient, achieving a 35% higher return on investment, and, when venture-backed, bringing in 12% higher revenue than male-owned tech companies.

Why Then Aren’t There Copious Female Leaders in Corporate America?

With all this stellar purchasing power, the quantifiable leadership capabilities, and the indisputable results…why aren’t more women holding leadership positions in corporate America and start-ups?

We’ve all heard the abysmal statistics:  Catalyst, the think-tank whose motto is “Changing Workplaces, Changing Lives,” notes that women currently hold only 4.6% of CEO positions at Fortune 500 Companies. In addition, women held only 16.9% of corporate board seats in 2013, indicating no significant year-over-year uptick for the eighth straight year.  And only 14.6% of Executive Officer positions were held by women—the fourth consecutive year of no year-over-year growth.

Do the numbers look substantially different when you look at venture capital-backed companies? Very sadly, no.

A whitepaper from Illuminate Ventures came up with the following statistics: 85% of VC-backed companies still have no women on their management team and more than 97% have male CEOs.  This, despite the fact that venture-backed organizations that are the most inclusive of women in top management actually turn in a better financial performance, including a 35% higher return on equity and 34% higher RtS.

The Solution: Help Your Fellow Females, and We All Benefit

Let’s review the facts above.

For perhaps the first time ever, we are seeing the majority of both the market purchasing power and nation’s investment dollars in the hands of women. And research tells us that it now makes a lot of rational financial sense to invest those dollars in companies with a larger percentage of women in their leadership ranks, leading to higher returns and capital-efficiency.

So, while corporate America has a long way to go with increasing gender diversity in the leadership ranks, there is an opportunity to counteract that in the here and now: increase women in leadership positions in the start-up realm. And it starts with us: more women need to invest in more women-led businesses.  We have the power to do that more than any other force – we just need to activate.

If we aren’t motivated to do this for “the cause” – i.e. for an idealogical reason — then we should most certainly be motivated to do this because it makes good business sense: the 2012 “Growing Under the Radar” report showed that  in the past decade, the growth in the number of women-owned firms with $10 million or more in revenues has increased by 56.6%, a rate 47% faster than the rate of growth of all $10M+ firms.

The bottom line is this: it makes sense for women to make investments that are not only aligned to their values but also pay off in a big way, and be in leadership positions (or help other women to be in them, thru investing in women-helmed firms), so that they can help to create the products and services they want to see on the market.

The opportunity to leverage women’s wealth to drive women-led businesses is not only intriguing — it’s vital to grow our economy, increase our true wealth, and excel the pace and quality of innovation today.