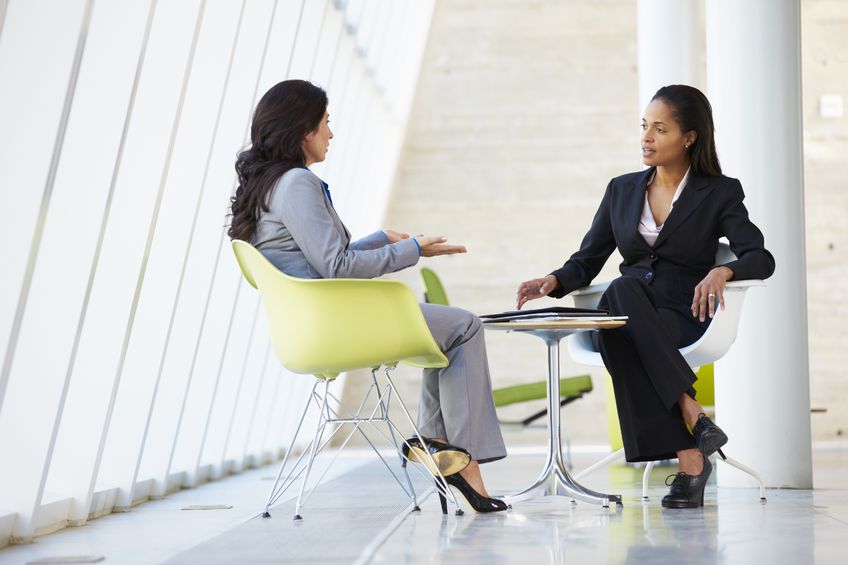 Netflix announced last week that it would offer parents up to one year of maternity or paternity leave to adjust to the arrival of a newborn or newly adopted child.  Microsoft quickly followed suit later that week, announcing it was expanding maternity and paternity benefits for employees as well.  As a mother of two, who didn’t have access to such generous leaves of absence during either of my pregnancies, I applaud both Netflix and Microsoft — and any other company — that can make this joyful and trying time in a family’s life just a little bit easier.

But offering an unlimited leave policy is not something that’s realistic for a number of businesses out there, either due to size, or business necessity.   Netflix and Microsoft are large companies – Netflix has 2,189 full time employees, and as of the end of June 2015, Microsoft is reporting a global head count of more than 117,000. However, rapidly growing small businesses or early stage startups are particularly vulnerable to experiencing challenges when employees need to take long leaves of absence or, or even long vacations.

That said, just because you can’t offer lengthy maternal/paternal leave benefits doesn’t mean you can’t compete for talent among parents and parents-to-be.  As a mother of two children over the age of one, I know that the trying times don’t end with the first year.  In fact, while the first year is tough, the years that follow are just as difficult, if not more so.  So if you can offer the most generous family leave policy that makes sense for your business, and integrate even just one or two of the following policies or procedures into your workplace, you will be likely be viewed as “life-compatible” by employees and therefore attract top talent.

Policy 1:  Work Meetings Start no Earlier than 10 a.m., and End no Later than 4 p.m. (with Rare Exceptions)This may seem really strange for those who are used to starting their workdays early and ending their workdays late, but it’s actually not abnormal.  In fact, a number of offices in metropolitan areas where their workforce depends on public transportation to get to work — think New York City — have this policy in place.  In addition, it helps working parents get their children to childcare or school on time, and lets them leave the office to pick up their children without delay. Your non-parent employees will love this one as well: limiting meetings to six hours a day means that they’ll have at least two hours a day to well, work.

Policy 2:  No Monday Meetings before 10 a.m., and no Friday meetings after 12 noon.Monday meetings are the worst, and the scenario is even harder with kids: the morning procedure is frustrating anyway, and by the time everyone’s dropped off where they are supposed to be, it’s likely to be well after 8 a.m.  Some of the worst days of my career have been when I was dragging a child who was suffering from weekend inertia to daycare by 6:45 a.m. just so that I could sit in one hour of traffic, panicking whether I would make it or not for that 8 a.m. Monday morning meeting.

As for Fridays: after a particularly grueling week, it’s nice to be able to blow off lunch that day to commute home early, finish up your work remotely, and actually be one of the earlier ones to pick up your kids. Sometimes kids are in day care from 7 a.m. to 6 p.m. five days a week, and any chance a parent can get to break that up — even a little — is a huge gift.

Even better?  Let every week have a half-day Friday.  Few “exempt” employees work a 40-hour week anymore, and most spend at least an extra hour a day either before or after work catching up. So take the pressure off Friday afternoons in order for strapped parents to run errands or even take a guilt-free nap before picking up their children.

Policy 3:  Have One Work-from-Home Day per Week (Plus One or Two Required in-Office Days)The tide has turned in the past few years, and in some companies, remote work isn’t as common as it used to be.  This could be a mistake:  giving your employees the opportunity to work from home gives them the opportunity to work more in many cases — with no commute, and less pressure in the mornings and evenings for drop-offs and pick-ups, many employees find they can be more productive and accomplish more when working from home.  And with virtual meetings and videoconferences, employees can still attend meetings and participate.

Does your company however strongly value a physical face-to-face culture? Then communicate which days of the week employees are expected to be in the office to participate in-person for meetings and collaboration sessions, and on which days remote work is an option.

Policy 4:  Everyone is Respectful of an Employee’s Time Outside of Business Hours (i.e. Weekday Early Mornings, Evenings, and Weekends)This can be a cultural issue – I’ve worked in offices where picking up the phone to call someone with an issue after 6 p.m. is the norm; I’ve also worked in office where I knew if I didn’t catch my boss with a critical problem before 5 p.m. on Friday, it was going to have to wait until Monday morning.

After a number of years in a variety of functions and environments, I have experienced many after-hour “fire drills,” but very few situations where all parties could not wait until the next business day. And the truth is, before I had children, these sorts of calls or texts were an annoyance — but after I had children, they became downright painful. Childcare has to be pre-planned after business hours, and your children have been waiting all day for you.  They don’t understand that something else needs your attention.

Another truth: rarely, these fire drills are needed.  So before the alarms sound, build a culture at your company that considers time outside of work sacred so that emergencies really are  emergencies.

Policy 5:  Partner Your Business With an On-Call Nanny Service. Life and work have exigencies: sometimes a call outside of work hours is inevitable; your employee may wakeup to find their child has a fever, and their school won’t allow them to attend that day; or their spouse may suddenly have an unexpected business trip, and won’t be able to do school pick-up duties.

So even if your company can’t afford to provide extra hours as a benefit to workers, contact and establish a relationship with an on-call Nanny service to make sure your employees have access to emergency childcare on demand (unfortunately, the hardest emergency care to find is outside of business hours).  If you can negotiate a subsidized rate, even better.

Parental leave may be making the news, but it’s not a benefit that’s available to all, and only lasts (at most) one year. The policies don’t have a direct price tag on them, but many of them are highly valuable to all employees and potential employees — even those who don’t have children —  and their worth will last a lifetime, not just a year.