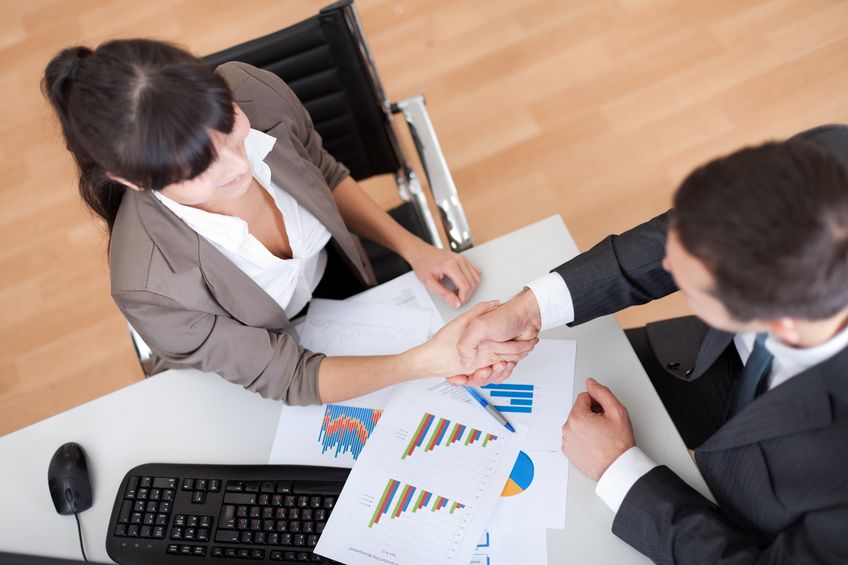 Twenty five years of business experience, the last ten of which has been in Human Resources, give me, I think, a skosh of perspective on the recruiting process. In particular, I have been on the giving and receiving end of one of the most important steps – the phone interview.  Most people consider the face-to-face interview to be the most important, but I can tell you that the phone interview can be just as critical to your ability to progress to the next stage of consideration.  The “phone screen,” as it is also known as, is your 30-60 minutes of glory that will either speed you to — or stop you from — success.

In those ten years, I have heard the good, the bad and the ugly in terms of responses and questions from candidates and have often been completely amazed by the things I have heard candidates say – without laughter (meaning irony) or hesitation – during the phone screen.

In a face-to-face interview, I can watch the body language and maybe interpret if people are kidding, but in the phone interview, everything is based on the voice and how you use it. In other words, I hang on every phrase, every word and take it seriously.  In the spirit of saving you the heartache of wondering, “Why aren’t they calling me back?” I would like to suggest a few things to avoid letting slip from your lips during your phone screen:

1. Don’t offer information about your personal life, ever. While you may want to apologize for being tired or off your game (if you are) by talking about this AMAZING date you had with this total hottie last night – don’t. The recruiter doesn’t care about your dates; your lack of dates; private time with your dog; your knitting, or anything else that isn’t germane to the job or your fitness for it. Only mention the mentionables – the things that matter to the role.

2. What translates well in chat or text does not a good phone screen make. So do not use abbreviations usually seen in text or on the latest episode of “Glee” in place of normal words.  Things like: “totes,” “amaze,” “supes,” “fabs,” “peeps,” or any other fragmentation of a real word simply does not translate well outside of the online world.  It shows not only a lack of professional maturity, it may show up as you not being serious about landing a really strong first impression. In addition, it shows a lack of vocabulary, which is another negative message all together. Don’t get me wrong, I am the first girl to use “Supes” in place of “Super” — but most certainly not in a phone screen.

3. Try to omit the word “like” as a sentence starter from your vocabulary.  While using “like” before every sentence may be a completely normal way of conversing with your best girlfriend, your hairdresser or your local barista, it doesn’t work the way you would hope in an interview.  You may have killer skills and experiences, but using “like” to sprinkle throughout your cadence renders all of that as recruiter kryptonite. I have nothing against the proper use of the word “like” of course, but using it, like, before every other, like, word portrays, like, a less than, like favorable impression. Like, you know?

4. Using slang in your interview to communicate and punctuate points isn’t going to get you any  points. Phrases such as “for reals?” or words like “snap!” or “amazeballs” certainly don’t scream “I’m a professional!” Further on this point, referring to your recruiter (or even worse, a hiring manager) as “homey”, “dog,” “bro,” “girl,” “girlfriend,” “man,” “sweetie,” “darlin’,” “honey,” or “dude” is even more wrong. You may think of yourself as being warm and endearing, but you’re really not either of those two things when you use those words. Instead, respectful is the way to go.  While “ma’am” often puts me off only because I don’t expect it, usually my first name will do just fine. In short, a solid recruiter would never refer to you in any of the ways listed above – and they expect (and want!) the same treatment.

5. Never, ever, EVER use foul language. Any use of curse words during an interview is incredibly inappropriate, and more important, utterly disrespectful. This would include the normal four-letter words and variations of them, but also words to describe female and male anatomy. There are millions of words in the English language that you can use to express any curse word on the planet.  Even if you are building an amazing rapport with your recruiter, you have to remember at all times that your audience is not your buddy, a family member or someone that you hang out with and feel super-familiar/comfortable with. In most cases, the recruiter has never met you, and this is their VERY first impression of you, ever. I always stick to the idea that if you wouldn’t say it in front of your grandmother, you probably should leave it out of the interview experience. For those of you with super progressive grannies — kudos!  In that case, try to exchange your granny with someone else’s more conservative granny, instead.

6. Lastly, speaking of yourself in the third person, in an interview, is just plain creepy. And uncomfortable. And not normal in the business world. You wouldn’t do this in a normal conversation with your friends (I hope – or if you do, they are likely annoyed) and it is not great in meetings with your professional peers.  If I am talking to Janet, I don’t want Janet telling me “what Janet would do” in a certain situation. I also don’t like it if Janet says “she” did or didn’t do something.  I don’t know what to do in a 1×1 interview with two other people, plus myself. It is confusing to me – so just stick to the most easily understood pronoun of “I,” and we’ll both get along great.

Now these are just what I call the basics – the non-starters for me during an interview. If any of these gates are crossed, I usually attempt to end the call early and wrap things up. In other words, there will never be a case where I move someone onto the hiring manager who has crossed the above thresholds.

The phone interview is your opportunity to get to the next stage – which is in front of someone! You want to always put your best foot forward, even if you think the phone interview is less important. Trust me, it’s not — and it can make all the difference between you and that next, FABS job.  Happy interviewing!