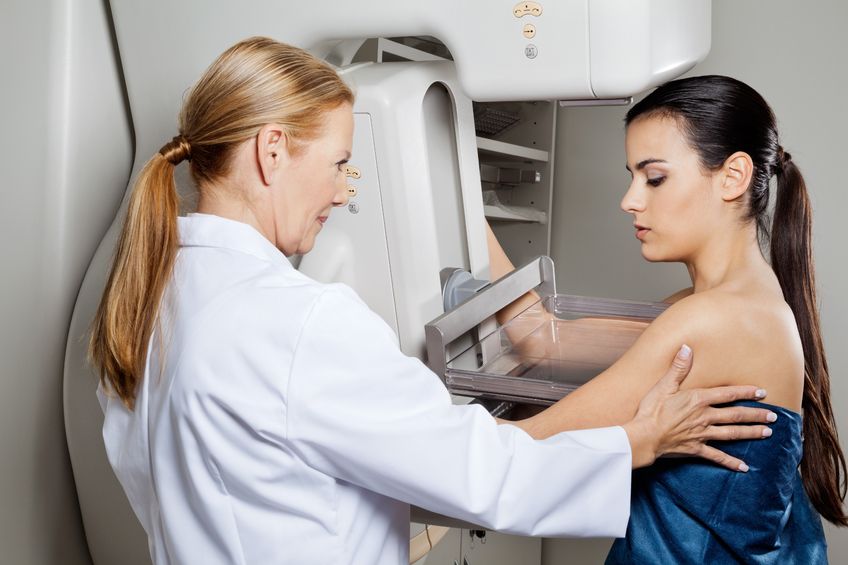 Why Obsolete Approaches to Curing Breast Cancer Must Change

It has been thirty years since the advent of the pink ribbon. Breast Cancer Awareness is now a part of American culture, with a national anniversary taking place every October. The White House, the NFL, and even Niagara Falls have all turned pink for the cause.

And nowadays women plan their first “baseline” mammogram at age 35 or 40, secure in the knowledge that mammographic screening will catch cancer early enough to prevent death.  We are taught to self-examine, and we know to run instantly to the doctor if we find a breast lump. We look around any group of eight women — in the boardroom, or in the stands at our kids’ softball games — and sadly acknowledge, as we have been told, that one of them will be stricken with breast cancer. If that day comes and we are the one diagnosed, we instantly fall back on what we know, exhorting our friends to “please get a mammogram — if it can happen to me, it can happen to you.“

Early detection, we believe, is what saves lives.  That’s the goal of breast cancer awareness.  In short, the mantra of “regular screening, early detection, and lives saved” has been tied up with a pretty pink bow and served to us ritually each October. But what if all that we think we know is wrong?

Is the American Approach to Breast Cancer Archaic?

What if we have learned new things since the advent of the pink ribbon? What if breast cancer doesn’t work the way we thought it did thirty years ago?  What if the messaging that has remained unchanged since the 1970’s is now anachronistic, and does more harm than good?  What if most of the charitable money raised for breast cancer is in fact being misspent?

Let me go thru those aspects one-by-one:

Early Detection Confusion: Take the importance of early detection in preventing metastases. We now know that breast cancer doesn’t obediently progress from Stage 1 to 4, the terminal stage. In fact, very few are diagnosed Stage 4 from the start. Almost all women who are currently living with metastatic (Stage 4) disease were diagnosed early-stage.

In these women, cancer progressed even after treatments such as mastectomy, chemo and radiation, so the lesson is that women diagnosed with early-stage cancer are never safe.  It can spread to the brain, liver, lung or bone in a year, three years, ten, even twenty years past the original treatment. By some estimates, this happens in 20% of women who had already been through treatment for early-stage cancer.

We also know that breast cancer is not one disease, but has many subtypes. Scientists now speculate that the breast cancer that metastasizes throughout the body may have a different genetic/cellular makeup than the cancer that does not.  It is clear therefore  that early detection is not the one-size-fits- all cure we had all hoped for.

Mammography Ringing False Alarms: What if mammography does more harm than good?  We now have significant studies showing that routine screening causes women to find breast disease at such an early stage that it is unlikely to have ever caused a problem if left alone. Tens of thousands of women per year have mastectomies for a condition that may have simply disappeared. Many more are called in for more tests, biopsies, or radiation for something that is in fact completely benign. So it is possible, even likely, that more women are being harmed than helped by early screening campaigns.

Organizational Lags: Susan G. Komen, the marketing juggernaut with their well-known pink ribbon logo, has led the charge in encouraging mammography and early detection, but unfortunately, they have very limited efforts in place to help cure those who are actually sick from cancer, despite having “for the cure” as their tagline.  Reported in their latest public financial statements, they gave only 17% to medical researchers who are actually trying to solve the problem of cancer. Sadly, that is the largest percentage to date.

While it’s true that women are surviving longer with cancer, the number of women who die has remained unchanged. Forty thousand women died in 1970, and forty thousand women died in 2014.  It is quite clear now that the cure for cancer lies in a petri dish — and not with early detection.  However, Komen and the other breast cancer awareness charities have not budged in their line of thinking to not shift funding towards research labs, where it is crucially needed.

Statistical Gaffes:  Awareness charities are also the driving force behind the mistaken “1 in 8 women will get breast cancer” statistic.  Studies show that women overestimate their risk from breast cancer, and it’s no wonder when they are told that 1 in 8 of them will get it. Statistics are easily manipulated, and this one is no different.

The “1-8” number is not a lie; it is just misused.  This number represents a lifetime risk: in a group of eight 80-year-old grannies rocking on a porch, one of them will have had a brush with breast cancer.  But the younger a woman is, the more favorable the odds.

Think Critically Beyond “Awareness” — to a New Methodology

Does all of this mean one should not be screened for cancer?  No, of course not.

What it does mean though, is that one should pay attention to where your charitable dollar goes, and think critically about what you have been raised to believe.  There should also be the clear realization that today, the goal of “awareness” in the U.S. has largely been achieved.

So, in the future, the attempt to cure breast cancer will require an attack from new fronts, from big data to research institutions. In the 1970s, we needed to talk about awareness, and breasts, and bring cancer out of the dark. Today, the people left in the dark are medical researchers — and women who have died from metastatic breast cancer.