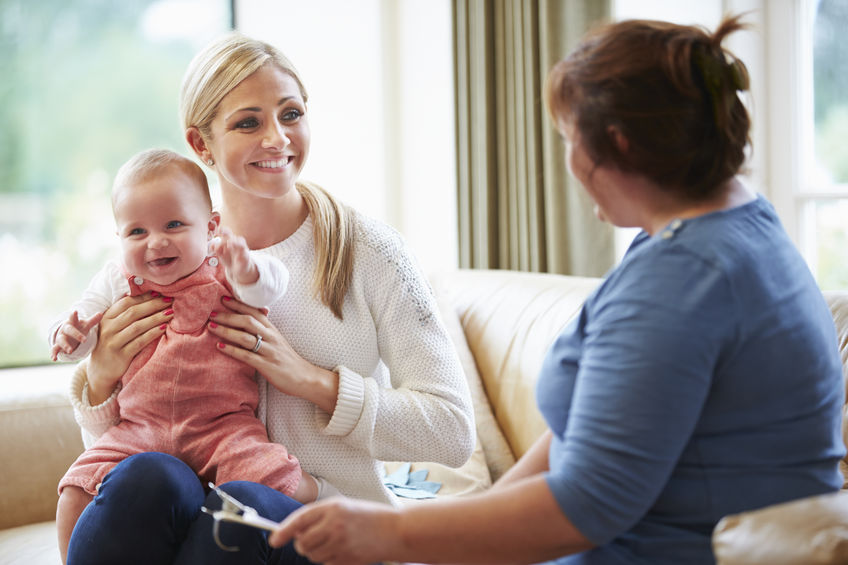 Harnessing the Power of Motherhood and Working Women

Trish Morrison, founder of MomCom (whose motto is “Helping motivated mothers turn passions Into actions”) talked to SharpHeels about her experience launching a conference for mothers to help them embrace the individual and collective power of motherhood.

Originally from upstate New York, Morrison is a marketing/events veteran who has called Austin home for nearly twenty years. After her daughter was born, she started to look beyond the traditional limitations working mothers face, seeking flexibility to not only continue her career, but to find a community of others like her wanting the same work/family balance she sought.

“The original reason for getting into MomCom in the first place was so I could do something that allowed me to be with my daughter,” Morrison said. “She was really young at the time, and I thought I was all by myself. You’re either a working mom or a stay-at-home mom, and there is no middle ground.”

MomCom events have empowered mothers to launch new businesses and nurture ideas to fruition in a way that hasn’t really been available for these women before. Morrison explained why this “banding together” has clout: “As far as mothers as a group, they are probably one of the most powerful demographics,” Morrison said, noting the spending power alone for mothers is over $2.1 trillion a year in the U.S. “If you can get them together, they can be a force to enact social change and policy. The problem is getting mothers together. We’re all working in these silos, and we think that we’re the only ones. And we think that ‘my problem over here’ isn’t relevant to anyone.”

Since MomCom’s first conferences that took place in Austin in 2012, 2013 and 2014, Morrison has continued to assess the success, growth opportunities and vision to ensure MomCom’s mission to bring working mothers together isn’t lost in the large group setting.

This month, she’s launching “MomCom Salons,” a smaller version of the long events, and the first salon is a Happy Hour on April 29.

What is the purpose of MomCom?MomCom is all about these women’s stories. It’s about what is happening that isn’t just about work, and not just about the next book you want to publish.

When women come and talk and meet at MomCom, they’re really telling their stories, and learning from each other, as much as they are learning from the speakers. It’s more about connecting to find ways to change how we do business and how we move about in this world that is both fulfilling for us and our families.

How has MomCom evolved?In the beginning, it was like, I just want to find people who are kind of like me and have those same pain points. Now, I know people have pain points!

So it’s really, what are their passions? Let’s see if we can develop that. I think we can bring people together – mothers and children and the people who care for those people. But the minute you put the priority on mothers (motherhood and family), that is when the shift is going to happen and the future will get better for everyone else. I found that these women are so passionate, but they just need help to move things forward.

What was that defining moment when you knew you were on to something?I found out there are a ton of women just like me who were looking for alternatives, but they still needed the same kind of things I needed. They needed other women and needed that inspiration, and they realize today’s businesses are not set up to revolve around the family, and instead the family is supposed to revolve around the business and organization. And then I suddenly started meeting all these women who were like, “Thank God there’s this group!”

What topics are trending in the discussions among MomCom attendees?They want to discuss entrepreneurship, opening their own business, and others want to do technology. Others are there for social issues and what they can do for other mothers in this world, and how to be proactive and engage in this community.

Then there’s motherhood. With some of these events, one of the themes will be motherhood as the bridge between race, religion and culture. There are women who you think you have nothing in common with; but that one thing – the fact that you’re a woman and you are a mother – brings us all together. I want to really delve into that topic with these smaller salons, where you’re free to  engage and be a part of that conversation — and then take what you’ve learned from our speakers and go from there.

Do you view MomCom as a means to affect legislation or policy?I’d like to be more agile and able to say I want to focus on this topic or this issue, instead of a blanket message. It’s almost this sort of grassroots thing that backs into policy, but that’s not what this was about. It wasn’t about policy when it started; it really was just a way for me to say, “Oh my God, where are the other women like me?” And I found there are tons of women like me, and not just mothers.

So as far as policy and changing that, I absolutely believe that MomCom can change that. It starts first at transforming the woman herself. You get to feel like ‘I’m not alone, I’m capable, and I’m supposed to be here where I am. It may suck a lot of times. But if you get all that crap out of the way, the shift is doable.’ What I’ve found with MomCom is that shift to say, ‘I can do this. If I can raise a little human, I can pretty much do anything.’

What would be the one message that you want people to take away from MomCom?Mothers are powerful, and we need to harness that power. We are that power as individuals and as a collective. We’ve been told in so many ways that we’re not. Power can be intimidating, and people can try to quash it. I’d say that we are powerful and we need to own it. Don’t stray from that – you’re powerful and you’re going to be even more powerful if you gather people into your collective. Find those people and own it, baby. That’s really the thing because that will change the world. I believe that if mothers took over the world, it would be a much better place than it is now.