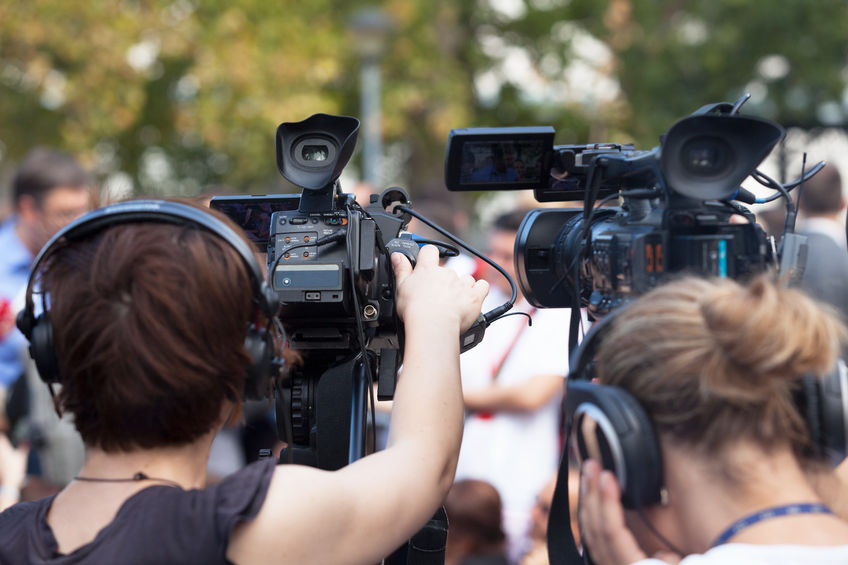 The movement to support gender equality in the film and media industries is active and growing. What is the role played by young women in this movement? (The term “young” here does not necessarily refer to age but is intended to distinguish those who are junior to mid-level in their careers.) Do young women in film and media face a form of gender bias that differs from the type faced by more “seasoned” professionals? Do they see themselves as activists in the movement for gender equality?

Not surprisingly, these five women are highly motivated and have clear goals for their future. But when specifically asked about bias or other challenges they face relating to their gender or rank, the women were quick to focus less on specific instances of discrimination and more on identifying mindsets and best practices that might help any young professional succeed in the film and media industries, albeit male-dominated. Below are five common themes that stood out from their insights. Although these women work in different fields across the country, and their experiences have varied widely, they share common perspectives on the journey of navigating the road to the top. To be clear, they are not naïve about gender bias. Rather, they choose to focus on building invaluable connections, skills, confidence and a strong support system. And whether they know it or not, they are most certainly a driving force in the movement for gender equality in film and media.

There is Value in Identifying as a Female in Film and MediaThe women all agreed that they don’t want to be singled out simply because they are women; they want to be singled out because they do great work. Yet they admitted that there is still value in identifying as a female in film and media. For instance, since a female offers a unique perspective behind the camera, one may envision a scenario where a female – not a male – is handpicked to work on a film about a female subject and a sensitive topic given (at least in part to) her gender. Additionally, it is not unheard of for female filmmakers to consciously build teams of women. There are women  “at the top” who are demanding that more women be present in the writing room or behind the camera.

Be Unique.  Not Competitive.If you are the only female at the table, you have the unique advantage of, well, being the only female at the table. But be wary of unintentionally (or intentionally) shutting out other women who seek to join your team. It’s easy for a woman to take on a competitive mindset in order to “preserve her space” as the sole female team member (especially if that woman fought hard to obtain her role). Ultimately, then, a collaborative mindset is a win-win for everyone. Your team benefits, the female peer you support benefits and you benefit by creating positive connections with peers who are likely to support your career someday.

“Work. Work. Work. Work. Work. Work.” Say “yes” to opportunities that allow you to practice and perfect your craft.   It’s okay to work on a long-term project, but continue to add other projects to your plate so that you have “something to show for” after a year. Young professionals might limit their workload due to a fear of not being good enough. But you overcome this fear and boost confidence by working on lots of projects, which can also build up your portfolio or IMDb page. Moreover, adopt a go-getter attitude, and be prepared to make personal or financial sacrifices. This may involve working long hours, night shifts or multiple jobs. (The advice here relates to pursuing work in film/media on a full-time basis rather than as a side job.) For some it might mean accepting jobs or projects with low pay.

But note: you should do this only when you are receiving value other than compensation, such as forging invaluable connections with individuals who are likely to positively impact your career. There’s a fine line between exploiting yourself and accepting a low-paid opportunity that will open doors further down the road. Identify and take the positive risks to succeed and grow.

Exude Confidence (Even When you Lack It)As a young woman in film and media, you bring value to the table. Never doubt that. And if you do (because we all do), avoid expressing your self-doubt to strangers. Instead, focus on highlighting your strengths and skills. Write them down and articulate them. The “fake it until you make it” approach goes a long way.

Also, you don’t need to couch your skills and abilities in a way that identifies you as a junior in the industry. For instance, if your craft is editing, you are an “editor” – there is no need to refer to yourself an “assistant editor” (unless, of course, correctness is required, such as for IMDb purposes). Know your worth. Demand a competitive rate, and loose the habit of mentioning that your rate is “flexible.”

Mentors are a MustAlways have a mentor in your corner to rely on for career advice or support. A mentor is someone who believes in you, provides you with invaluable guidance and who will go to bat for you. Ideally, some of your mentors will be female. This is important because presumably women will understand the importance of empowering other women to advance in a male-dominated industry. In the future, you pay it forward by mentoring those junior to you.