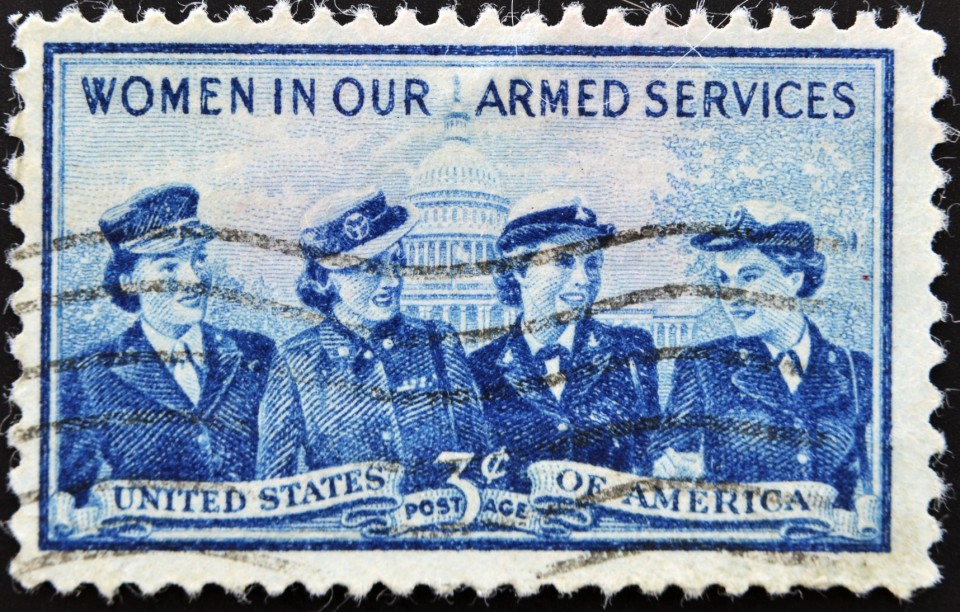 The US Navy was created in 1794 and remained a men-only institution for over 180 years until finally accepting women as midshipmen* in 1976. Though women now comprise approximately 17% of the Navy, elements of female service continue to be controversial – from breast-feeding in uniform to the handling of sexual harassment claims. Still, if it’s a scathing exposé on gender inequality in the Navy you’re searching for, you’re going to have to look much farther than Shelby Hladon. A 20-year Navy veteran and a member of the esteemed US Navy JAG – Judge Advocate General’s – Corps (think Demi Moore in A Few Good Men), Hladon is a powerhouse attorney and a dedicated servicewoman whose professionalism and commitment to her service have brought her a distinguished career and kept her far from being any kind of mainstream media statistic.

Undeniably an over-achiever (she has a law school picture of her flanked by Supreme Court Justices Kennedy and Scalia), the Navy wasn’t a natural “next step” for Hladon as she was wrapping up law school. “I really didn’t have a good grasp of what the military was all about,” she says. But with the encouragement of a friend, she decided to look deeper into the opportunity to join the Navy’s JAG Corps. When she learned that the commitment was only three years, and that she’d have immediate courtroom experience her first year on the job, her interest was piqued (finding out she wouldn’t have to chop off her hair or trudge around in clunky boots helped). After a hiring freeze doused her aspirations of being a public defender or working for the DA, she set her sights on the Navy.

Was it tough for a former sorority girl to join the male-dominated culture of the military? Surprisingly, no. “I don’t feel like any opportunities have been taken away from me (being a woman). If people had issues with it, it wasn’t apparent. I never got the feeling that people were treating me differently because I was a female. I think maybe sometimes if you look for things, you’ll find them, but I don’t choose to focus on that.” While she says she’d never want to receive an opportunity only because of her gender, she does admit it may have even been helpful in getting her start in the Navy, at least initially. “I think it may have been an advantage. If you’re exactly the same as someone else, (but) that extra edge is that you’re a female, then I don’t mind if that’s why you get it.”

Not that being in the minority gender-wise doesn’t negatively affect any women in the military, but sometimes it’s that feeling of needing to prove value “in spite” of an anticipated or perceived bias is what’s really creating the discord. Hladon shares an anecdote about a woman she replaced after that woman had been promoted. All the men in her new office were so relieved when she arrived. Her direct approach was apparently a refreshing change from the hard-charging, overcompensating approach of her predecessor, which everyone found grating, and she was greeted with a “thank-goodness-you’re here” welcome from the male staff. On not feeling the need to “make up” for being a woman, she says, “It’a all about initiative. I don’t feel like I have to be smarter than them. You show up, you know your topic. I don’t feel like I have to overcompensate. And maybe because I have that outlook, they take me more seriously and don’t think I have a chip on my shoulder or something to prove.” 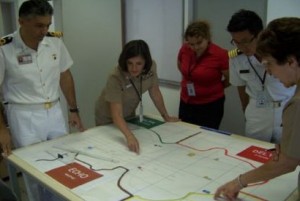 However, her experience on tours on ships has made her acutely aware of the challenging environment that some of these enlisted women must live in for an extended period of time.  “You’re on a ship for 9 months. When you’re away from real society, you’re in this weird bubble. I could see it happening in that short of a period – even 30-40 days. The littlest things start getting bigger and bigger.” She talks about how she’s watched this evolution – the beginning of a friendship transitioning day by day to something more until it eventually can get to the point of crossing the line – all because people are confined to a restricted area with little to no interaction with the outside world. She mentions recently advising a young female ensign who was just preparing for her first tour, discussing how to act, how to behave, and how to respond to certain situations. Issuing her what was effectively a challenge to limit her drinking, she says, ”Nothing good happens after two drinks. Any of the incidents I have seen are with too much alcohol.” Advice that easily extends beyond military code of conduct and into that company holiday party.

Of course, that code of conduct goes hand in hand with a strict dress code.  The Navy has a rule for even the most seemingly insignificant aspects of a woman’s appearance, down to how many bracelets can be worn and what kind of earrings are allowed with each uniform. Speaking of the uniform, she says candidly, “People in the Navy aren’t very good at fashion. I worry about women who are retiring or getting out, being able to dress. They’re too used to wearing uniforms.”  And while she guesses many military women choose to look less “female” – possibly to reduce the risk of people making passes at them – she refuses to downplay her femininity, saying, “I’m still me. I’m still a woman.” Which means she’s wearing makeup, doesn’t chop her hair off, and rocks those gold ball earrings and the one bracelet she’s allowed with her uniform. And when she’s not in service dress, she’s in Tory Burch and other classic ladies’ designers, not sweats.

Still, the fact that she’s a woman is, of course, undeniable. In 2004, Hladon was reassigned to the West Coast Strike Group, where she served as a Rules of Engagement/Operational Law expert, embarking on aircraft carriers and large deck amphibious assault ships in order to train strike groups for deployment. After one of her first of these 30-days-straight tours on-ship training sailors, she recalls an eye-opening conversation she had with an officer as she prepared to disembark. “What’s that scent on you?” he asked. Apparently, the scent of a woman was enough to distract these sailors from her educating them on rules of engagement and international and operational maritime law as she prepared them for decidedly dangerous missions; she learned her plumeria lotion from Bath & Body Works had been an ongoing topic of conversation amongst the sailors. Needless to say, she discovered quickly not to wear perfume or scented lotion on-ship again.  It’s an eye-opening testament to the inescapable, primal nature of men…but also the power of women. 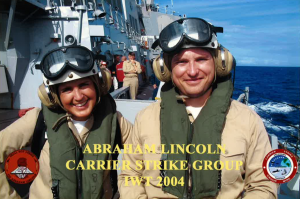 Hladon’s perspective is a refreshing counterpoint to the other side of women’s experiences in the armed forces so prevalent in the media.  In a recent change.org petition, a retired Navy veteran claims that she endured prolonged harassment because her Maintenance Officer “didn’t want ‘women in his Navy.’” A skeptic might say Hladon’s positive – and opposite – experience is a carefully crafted public service message from an attorney within the Navy. However, in her very no-nonsense way, she makes it clear that she has never felt isolated or intimidated because she is a woman. “I think because I’m in a professional community, I get treated like a professional. I think a lot of times the way you are treated is a reflection of how you act,” she says. Far from being blind to the complexities that go along with being a woman in the military, Hladon seems to have figured out the tricky skill of walking that line between fully acknowledging her womanhood and a no-nonsense approach to the obligations of her job and functioning within the strict parameters of being in the military.

15
TAGS:  women in the military