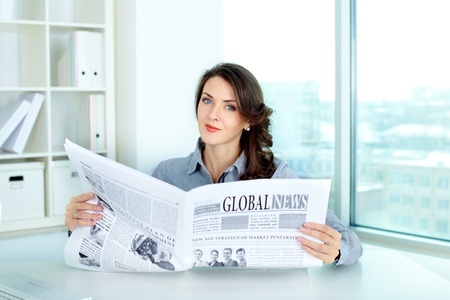 When It Hits the Fan

We cheered when General Motors named Mary Barra their new CEO, bravely going where no woman had gone before to the helm of a major automobile manufacturer. We collectively gasped when only weeks later, she announced the first of a wave of recalls of General Motors automobiles for issues ranging from faulty ignition switches that caused deaths to the possible loss of power steering assist that might make steering require more effort or lead to crashes.

As women, we are all too often used to cleaning up after others, but in the case of Mary Barra and GM, the issues are not as simple as mopping up spilled milk. Faced with criticism, lawsuits and government investigations, Barra’s predicament quickly escalated from simple disinfectant cleanup to hazmat suits and toxic waste removal. Her acumen at handling each situation will likely determine GM’s future viability as an automaker.

Nearly every business will face negative press at some point. What you say, how you say it, and how quickly you respond all determine the ease and speed over which your company will clear the hurdles. We asked some experts in public relations to analyze General Motors’ recall nightmare and offer how they might have advised their clients if their client was in the same situation.

According to Sheryl Dolley of Sheryl Dolley Public Relations, there’s only one answer, “Find a new focus.” Media frenzy erupts most around automobile and toy manufacturers. Rest assured, Dolley said, “the frenzy will give way to a new rant very soon.” Citing that consumers respond well to “sparkly new breakthroughs and ads that feature giving,” she recommends the client release something new or offer a benefit specifically to those who have suffered to help audiences forget the frenzy. “For consumers involved in a recall, a strategy that gives benefits and compensates with surprises eclipses the bad media.” GM, for example, has offered free loaner vehicles to customers with vehicles being repaired due to the recall and cash incentives to buyers who would rather choose a new vehicle.

Nick Winkler of The Winkler Group said Barra’s botches are numerous. First, “she’s a lifer at GM, which means she had a front row seat to the threat prior to it becoming a high degree crisis. Second, she waited to apologize. Third, she ceded control of her messaging fate. General Motors now appears as if it is being forced to do the right thing instead of volunteering to do the right thing.” Winkler also said that, “By allowing the media to break news of the crisis, Barra voluntarily gave up the edge an organization needs to survive and thrive during a crisis-which is establishing itself as the PNOC, or primary narrator of the crisis.

What should GM have done? Winkler recommends the PNOC use his “3S Crisis Solution” to spot, spill, and starve any crisis.

Spot and extinguish emerging threats before they become high degree and costly crises.

Starve the crisis of the fuel it needs to grow and intensify–controversy, contradiction and conflict.

David Ball of Ball Consulting Group, LLC advised the compounding pharmacy industry after the meningitis outbreak in 2012 that killed nearly 70 people and injured over 700. His firm also has handled many drug recalls and other major crises. Ball said, “Barra moved to slowly to take full ownership of the problem.” Instead of tying the problems to the “old GM” they should have simply demonstate the ten things they were doing to solve the problem. Ball said, “…the public’s mind has made no division between ‘new GM’ and ‘old GM’.”  What the consumer wants to see is a team of the best engineers working to solve the problem and trying to do right by the affected families.

Brenda Christensen, the Director of Communications for Contatta, said, “Transparency and immediacy/accuracy in communications to the public is critical following any corporate crisis that impacts the brand, revenues and shareholders in the case of public companies.” Christensen started her career in the leading automotive PR agency in Detroit and handled PR for General Motors, has extensive experience in crisis management, and wrote the crises communications handbook for Domino’s Pizza during their delivery car crisis.

Christensen said, “The best strategy has been and will always to address the issues head-on with clarity, continuity and what I like to call ‘concern creation’.”
“Once you acknowledge and address the concern, you create an alternate pathway for those consumers impacted to voice or post their concerns,” Christensen said. Companies that create an alternate environment, where consumers can be heard and acknowledged, move the situation from “crisis and critcal” stage to “divert and diffuse.”

Although experts disagreed a bit on their assessment of the GM recall and their proposed solutions, a clear theme emerged from their collective advice.

Take responsibility. Step up to the podium and publicly admit the error or wrongdoing. Do not attempt to blame a previous regime for today’s problem.

Act. Don’t React. Take action to correct the problem right away. Do not wait for overseers or government intervention to address the problem. Control your destiny by controlling both the dissemination of information and the solutions to the problem.

Offer alternatives. Whether your company rolls out a new product more quickly than planned or offers consumers a freebie to ease their stress, offering something to take the focus off the mishap will keep consumer ill will at bay.