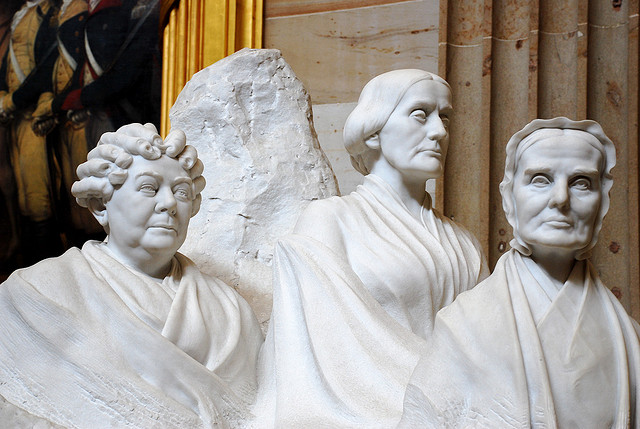 Pick up the nearest pen on your desk. Look at it closely. Notice its features. Is it felt tip or rolling ball or ballpoint? What color is the case? Do you like the feel of it in your hand? No matter how much you like, or love, the pen, it is still “just” a pen.

However, if I inform you that this pen was used to sign the Treaty of Versailles or that John Lennon wrote a song with it, suddenly the pen has a greater value to you. Its history changes the pen from a simple writing instrument to a powerful catalyst in history. 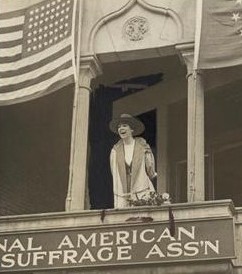 History alters the value we place on things…and on people.

Pass a stranger on the street and you may not give them a second glance. Pass a lifelong friend on the street and suddenly you are enveloped in a bear hug that changes how you feel about yourself all day long, or even all week.

History adds value. History has power. History can change how we act today, tomorrow and forever.

The mission of the National Womens’ History Museum is to change how everyone, both women and men, see women’s place in history. Why do we need a women’s history museum when there are exhibits with women’s history in many museums across the country. The answer to that is two-fold.

A single museum becomes a symbol, a gathering of women’s history in one location that amplifies its impact. Think of the difference between a single block of stone compared with the awesomeness of a collection of stones fashioned into a pyramid. When that same museum is built and sustained completely from private donations—the predominance of them from women and their corporations—the museum becomes a testament to women-power.

According to National Women’s History Museum co-founder, Ann Stone, “We believe when the full story of women’s history is known, by women and men that things will change dramatically in the culture worldwide in the way that women are treated. It’s great to pursue legislation to bring us equality but until you change the hearts and minds of people, nothing happens.” We saw this phenomenon when blacks received the right to vote in the late 1800’s but until 1964 there was still resistance. The culture had to change hearts and minds before anything really happened to bring about equality.

Consciously or unconsciously, many people view women as second-class citizens in the United States and around the world. Our history books tell the story of men who changed the world, while women’s contributions, large and small, remain hidden.

In 1996, Karen Staser founded what would become the National Women’s History Museum, after coming to the realization that there was a lot of women’s history hidden from view. Sparked by a lecture she heard with former Congresswoman Pat Schroeder about our collective lack of knowledge of women’s history, she spent hours reading and researching, everything she could get her hands on including published and unpublished papers, to educate herself. Staser discovered that “documentation of women’s history has been repeatedly unearthed, reclaimed, and lost” throughout the years. That, coupled with the lack of women’s exhibits in the Smithsonian museums, provided the impetus to once again unearth, reclaim and preserve women’s history so that future generations can build on our foundation and not have to, repeatedly, reinvent the wheel. 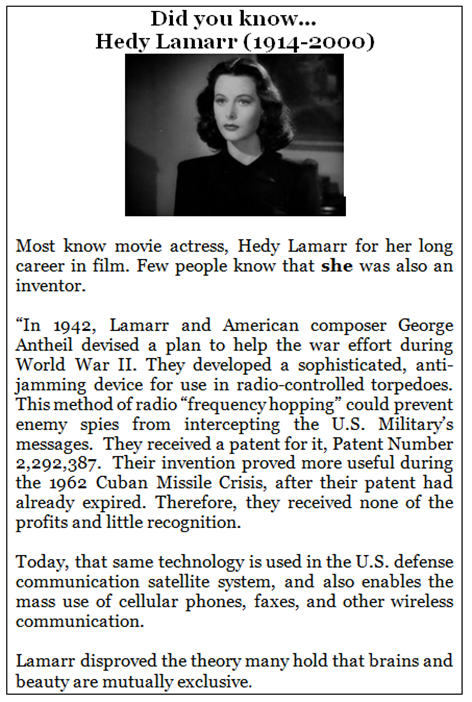 During a visit to her husband’s office in Washington, D.C., Staser passed through the basement of the Capitol where she saw a monument of three women. She recognized Susan B. Anthony, but was puzzled as to who the other two women were. There was no sign to explain the monument. The statue, commemorating women’s suffrage, was donated by the suffragists in the 1920’s and was quickly relegated to its basement home, hidden beneath the Capitol. Today, the Suffrage Statue featuring Susan B. Anthony, Lucretia Mott, and Elizabeth Cady Stanton is on display in the Capitol Rotunda, a symbol of the National Women’s Museum movement, but the battle to place it there was hard-won.

The monument symbolizes the effort to bring women’s history above ground. Others had tried to have the statue moved to a place of greater prominence before Staser got involved, but raising the money to move it and convincing Congress to do so, were large obstacles. Mutual friends suggested that Staser contact Ann Stone, who had been involved in Washington for decades with her marketing agency, The Stone Group, and had connections who could aid the process. Stone came on board to spearhead the movement of the monument and helped keep the museum dream alive. She is a co-founder of the museum and the current secretary of its board of directors.

When Stone agreed to assist with moving the monument to the Capitol rotunda, she immediately contact Newt Gingrich’s camp to inform them, she said slightly tongue in cheek, “that if he ever wanted votes from women again he needed to help get this done” and that “the suffragists were early Republicans so he had Republican women stuck in the basement.” Stone used her marketing and negotiating skills to get the monument moved for a one year term to the rotunda of the U.S. Capitol, knowing very well that it was unlikely to ever get moved again or a new one to be commissioned in its place.  A bill passed to move the monument for one year on the condition that the Museum raised the money to move it. Having raised the $126,000 necessary, they moved the monument to its new home in the rotunda on Mother’s Day weekend of a non-election year, and although the bill expired the following year, it behooved the ‘powers that be’ not to move the suffragists to the basement again during an election year.

Stone said she has “been political since I was five” when she was traveling by train to a family wedding and couldn’t understand why the black children traveling on the train that were about her age weren’t allowed to stay in her train car to play with her. Later, in her teens, she and some friends from her civics class attended a city council meeting demanding to know what the council members were going to do about their “redlining” practices. She later received scholarships to college based on her activism as a teen.

She believes that women will naturally move toward bigger careers, run for more offices and challenge the status quo more when they know the legacy handed down by the amazing women who have gone before. When Karen Staser moved from Washington, D.C. back to Alaska, Stone stepped up to keep the project alive. Moving the Suffrage Statue was really a test, she commented, to see if they could raise both money and momentum for their cause. In the end, it took longer to move the statue back to its rightful place in history (77 years) than it took the suffragists to attain the right for women to vote (72 years).

Although the moving of the Suffrage Statue is a large symbolic win for women and a step forward for the National Women’s History Museum, there is much more to be done. Restoring women’s rightful place in history necessitates changing minds and hearts by exposing women and men to the rich tapestry of successes that women have already achieved. Using mass communication to reach a wider audience, the museum launched an interactive website and social media campaigns to educate, educate, educate the world. The NWHM’s online exhibits, videos, lesson plans and biographies detail lesser-known women who were pioneers in the fields of science, literature, politics, and business, to name a few.

The stage has been set, but to change the collective mindset of women in history, each of us must become a player in this drama, for it affects all women young and old. Increasing awareness of the online museum and the associated social media sites is a step in the right direction, but a freestanding museum on the mall in Washington, D.C. will dramatically increase awareness by the sheer numbers it will attract from the visitors to D.C. annually.

Because the government holds all land on the mall in Washington, D.C., the House and Senate must vote to alocate land to the museum. HR 863 recently passed in the House, but it must pass unanimously in the Senate–during this session–to move the National Women’s History Museum forward. No federal money would be required for the building of the museum or its maintenance. According to Stone, “We (the board) believe it is an important statement that women do this for themselves.” The board’s plan is to build and maintain the museum exclusively through private funding as a testament to women’s self-sufficiency. A female architect will design the building, and it will be the first museum on the mall designed by a woman.

Each woman who calls or writes her Senator to urge him or her to pass this bill designating a future home for the National Women’s History Museum and/or makes a donation to the project becomes an enduring part of our collective history as well as our future. Knowing and understanding women’s history adds value to all women. We are charged with the responsibility to increase awareness of the role our Founding Mothers played in shaping the world in which we live.