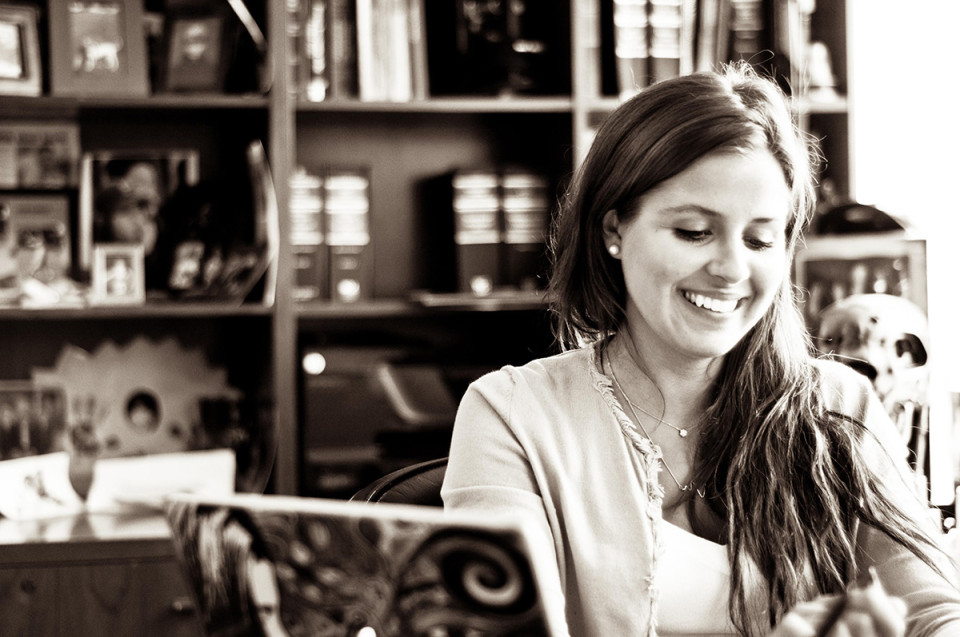 From Student to Start-Up

“The value of an idea lies in the using of it.” – Thomas Edison, inventor

Twenty-year-old Olenka Polak, co-founder of myLINGO, might have inspired even Thomas Edison. She knew the value of a language translator app and with tenacity and (what must be) a sprinkle of pixie dust, is building a product likely to expand movie-going options for many. Polak, a Harvard University student currently on hiatus from school to fund and build her company, is using the idea she developed with her brother and co-founder Adam Polak in a big way. Polak was an Economics major with a minor in Visual and Environmental Studies at Harvard when an idea struck that is proving to be bigger in scope than either of them thought possible. 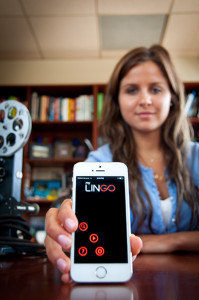 As anyone who has suffered in frustration through a foreign language film would say, understanding only one in ten words of the film does not yield much in the way of enjoyment. For non-American born filmgoers, DieHard quickly moves from thriller to thrill-less. Although film companies long have offered foreign language tracks for movies—they already produce them for the foreign releases of their films— the audio was available in DVD format that is neither designed for nor conducive to ease of use.

For Olenka Polak and her family, who immigrated to the United States from Poland, family movie nights at the theater were not nearly as enjoyable as they were frustrating.  In the summer of 2012, when Olenka Polak was only 18 years old, she and her brother took their cousins who were visiting from Poland to the movies, but her cousins did not enjoy the experience because they couldn’t understand the film. The inspiration for myLINGO, Polak said, “sprung from a childhood complicated by our family’s desire to enjoy group trips to the movie theater and our parents’ language barriers, which prevented them from attending movies with their children. We created a smartphone application that hosted these audio tracks in time for in-theater releases, so our Polish-speaking parents could attend films with the rest of the family.” The myLINGO app is currently Beta testing.

“Growing up as first-generation Americans in a Polish-speaking house, my brother and I never went to the movies with our recent immigrant family friends because they had difficulty following the dialogue on screen, Olenka Polak said. To explain how the myLINGO app works, Polak said it, “offers an elegant solution to overcome language barriers. Movie and television studios already produce and own domestic and foreign language audio tracks (produced for foreign release), so the audio tracks used by myLINGO are readily available and are of excellent quality. Our technology syncs these tracks to play in time with the original source audio, without any disturbance or audio asynchrony.”

Undaunted by her youth or inexperience, Polak expressed, “I think entrepreneurs who are solving a problem they themselves have faced are always more passionate about the product, and I think it’s that personal experience and passion at such a young age that has let me sit at the table of so many important influencers in Hollywood. I developed myLINGO so that other families won’t have the same experience. We want to make it possible for anyone to watch a film or TV show in the language that they are most comfortable using.” While many would-be entrepreneurs, ensnared by details, stop short of bringing their ideas to fruition, Polak freely admits and even finds encouragement in, the fact that she had no formal training in business when they embarked on developing myLINGO.

Asked, “What advice would you give women about starting a business? And “Is there anything you learned that you wish you had known beforehand?” Polak replied,

“No. Know nothing. I didn’t know what a “start-up” really was before we got started. I thought myLINGO was an app we’d get off the ground in 4-6 weeks, and I never thought that we would be spending years with raising rounds of financing, building an organization, developing international marketing strategy, etc. If I knew what I was about to get myself into, perhaps I would’ve been too scared to do it! I think there’s nothing you can “prepare” for, but there’s a lot you can do to help yourself along the way. For example, before you try to raise money read the book Venture Deals: Be Smarter than Your Lawyer and Venture Capitalist by Brad Feld and Jason Medelson. Before you put together a marketing plan, email a professor at your school (or business school) and ask him to forward you his favorite articles or blog posts about marketing in today’s world. Reading this stuff is so cool when you’re actually out there in the real world trying to make it happen.”

Polak has “never taken a computer science course or engineering course” in her life, but she said, “I love technology and as long as you are a logical person, it will be easy to understand over time.” Would-be entrepreneurs can steal a page from Polak’s playbook by not second-guessing or shelving their best ideas because they don’t know exactly how to breathe it into existence. Not knowing what will happen next does not seem to unnerve Polak either.

She said it is difficult to know where she will be the day after next, therefore, “predicting 5 years or 10 years ahead is quite complicated!” But Polak’s current plan is to sit in “in a theater with my parents as they use myLINGO to listen to the movie in Polish” in the very near future. Within 10 years, she hopes to be able to sit in her home theater with them as they listen to television shows in their native language with the myLINGO app.

The Polak siblings do not currently have other apps in development, but one should not discount the possibility entirely. For now, Olenka Polak’s life is still much like any other college student. She does “a lot of talking and note-taking” as she meets with “people whose words are much more valuable” than hers, transcibing meetings for her team to keep “everyone up-to-date and on the same page.” She wakes up and falls asleep to emails just like most other 20 year olds, but meetings, calls, meals with clients and team members, and travel punctuate her days now.

It’s a bit too early to tell how myLINGO will revolutionize entertainment, but that really isn’t the point. Polak’s life—at the crossroads of “great idea!” and “let’s try it”—inspires rejuvenation of youthful exhuberance and a desire to put ideas into action. Ready, Set, Go, myLINGO.