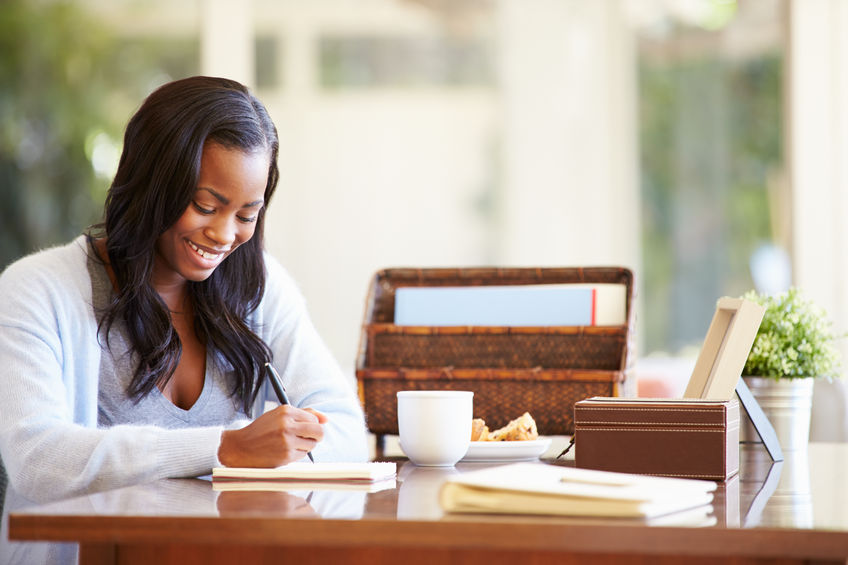 Taking Stock of Your Strengths

To Set New Goals, Search Your Past

It’s that unique time: the beginning of a New Year, when many career-minded people begin to write down a list of adjustments they plan to make in this new, annually-based phase of their lives.

But there’s more to this process than jotting down random thoughts: before knowing where you want to go, it’s important to reflect on your past, in order to get a “360 degrees/aerial view” of your abilities, skills and accomplishments. Once you have a refreshed sense of this uppermost in your mind, you can use that as a springboard for identifying your path in the future.

The key part, when starting this self-inventory, is to ask yourself, “At what age did I know what I was good at – what my strengths were?” or even “At what age did I feel I individualized myself from my peers via special talents or traits?”  It may be that you can remember winning a tennis trophy in middle school (first signs of athletic ability), spelling bee (fledgling literary skill), or some other gratifying milestone later on.

For me, one of these landmark events was during high school, which I attended in Atlanta.  Classes were huge; it was a large student body.  One year ahead of me was a girl, Pat, whom I always knew was beautiful, elegant and special; I could tell she would become one of the “superlatives” in her senior year (i.e. be nominated as “the most…” something).

Then one day, when I was in the tenth grade, I realized I had enough credits to go directly into twelfth grade. So, at age sixteen, I was suddenly a senior in my high school – in the same grade as Pat.

When the superlatives were nominated, she was, as we all expected, amongst them.  But much to my surprise, so was I, in the same category (“most beautiful”).   I was genuinely stunned.  And even though Pat went on to win, after that, something caused me to see myself differently. This event made an undeniable, positive impact on my emerging self-confidence. (Even if others might see that as superficial, for me, it meant something, and I appreciated being included that way.)

Today I asked my partner in life, “When did you realize you were uniquely good at something, or special?  Surprisingly enough, it was about the same age as me: when he was eighteen and a freshman in college, he was elected to be president of the class.  This occurred even though he knew very few people there, and he truly had no idea why he was chosen. But as I asked him to think more about it recently, he realized that it was likely his natural instinct to be down-to-earth and an excellent communicator. So, it is likely that simply thru his words and deeds, he projected an innate element of trustworthiness; after all, that seems to be one of the main characteristics we seek in a leader.

I have used these personal illustrations to get you thinking about your own past and path.  When did people start asking you “How did you do that?” (meaning that you exhibited a particular, interesting skill), or at what age did you start making decisions on your own, without asking others what they thought first  (which is often the first sign of a bedrock self-confidence)?  Take time to scan your memory trove, and see if you can identify these breakthroughs in your own timeline. They will lead you to understand your most unique qualities and how these can be your best ally in setting new goals: i.e. the latter will be easier to attain because they are “in tune” with your inborn abilities.

To Maximize Success, Recognize and Remedy Your Weaknesses

Next, it’s important to look at the opposite concept: figure out where you encountered stumbling blocks, and how you reacted: when you got knocked down by life, did you get up again, or did you allow the setback to defeat you in your goals?

Again, here are some personal examples, with key realizations delineated below: first, positive ones, when (again) I suddenly recognized my own expertise — and then ones that gave me pause, when I realized I would have to re-evaluate and fix some issues.
So: when I was about twenty-five, I started my first company, Atlanta Models & Talent.  The growth of the business was immediate, although I had no background in marketing or business development. Within two years, it was the largest model and talent agency between New York and Miami.  Again, I had no idea what was working.  But still, that company continues to be in business today – over fifty years later!  How do I attribute its success?

I realized from this that volunteering in professional, business, non-profit organizations is a fantastic way to gain confidence.  Ideas are needed and welcomed.  No colleague is going to say “That’s a dumb idea” or “We can’t afford it.”  Instead, you hear “Good job! Or way to go!”

These volunteer efforts by me led to so much more: a good deal of visibility, for a start, and that led to more boards of directors.  Indeed, my leadership role in the Leukemia Society led directly to being invited to be on a major national bank board, where I was the first and only female on that board for thirteen years.

Then, when I was in my mid-thirties, I went to work for a prestigious company out of New York that had been in existence for forty years, selling a business service to top managers of companies.  There were a hundred salespeople already in the organization, and I was only the third female.

At the end of the first full year, I won their national award in sales.  The top managers kept asking me, “What did you do that is different?” My answer, once again, was a simple, “I have no idea!”  So the company created a job for me.

Over the next year however, I learned what was different:

What about you?
Do you find yourself asking other people for their opinions before you express your own?  When you present an idea to a colleague or friend, do they sometimes reply “Why would you want to do that – it’s crazy!”  (In my case, I realize that I spent much of my life asking “why not!”)

So now, as you take out your iPad, computer or yellow tablet to review or write new goals – or resolutions — start reflecting on your own past, your own accomplishments, your successes, and  areas that needed improvement. Let your mind reflect on your own past, and make notes of those “Ah ha” moments, and how they influenced your thinking and behavior.
Think about:

Next, move on to separating out your goals in your mind, according to these categories:

Three Kinds of Goal-Setting Techniques – For Immediate to Gradual Results

Regardless, they must all have attributes: be realistic, attainable, measurable, and compatible with other goals.

A Reminder: What Goals are Not:

This is a new year!  You have the potential to soar with your goal-setting process…but you need to make a plan, follow through with steps, and realize that it may take time. It’s a gradual process; you can have everything you want — just not all at once!