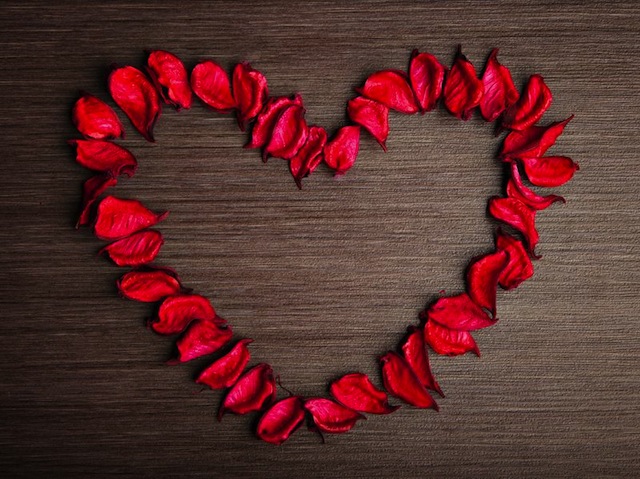 We know Valentine’s Day today as the day where loved ones exchange flowers, candies and gifts to express their love for one another, but before all of the Hallmark cards were printed and the M&Ms were personalized, mid-February wasn’t a time of love, but a time of fertility.

Even before St. Valentine came to be known, an ancient Roman fertility festival called Lupercalia took place during mid-February, then called “the Ides’ of February. While it started as an almost savage event where men would whip women with the flesh of animals in sacrificial offerings to the gods of agriculture and fertility, the purpose of the festival was a celebration of the gods who had nurtured Romulus and Remus (the founders of Rome) as babies. As time went on, the Pagan festival continued to be celebrated on a much lower sacrificial scale.

But who was St. Valentine? Not too much is known about the man who gave February 14 its name, but what is known is that there was more than one patron saint named Valentine.

One story often told is that Valentine was a priest during the reign of Roman Emperor Claudius II. He was said to have earned his reputation of promoting the concept of love by performing marriages, in secret, of soldiers to their wives after Emperor Claudius had banned this ritual; Claudius believed single soldiers would be stronger and less distracted than soldiers with families and loved ones, so Valentine was put to death for his illegal actions.

Another belief is that Valentine’s Day got its name from a man named Valentine who released young men from Roman prisons where they were beaten and unjustly tortured. Valentine was then captured for his crimes and became a prisoner himself, where it is said he fell in love with a young woman who often came to visit him. Rumor has it that Valentine wrote a love letter to the mysterious woman and signed it “your Valentine,” giving us the phrase used today.

Modern-Day Milestones for the Holiday

Many centuries later, St. Valentine’s took a sour turn — and lost some if its cheery, romantic luster — when it became known,  in the United States, for the St. Valentine’s Day Massacre in Chicago.

On February 14, 1929, Al Capone, the famous Chicago gangster, had two of his gang members dress up like cops and raid a club where his rival, George Moran, was supposed to conduct a meeting. Disguised as officers, Capone’s men convinced seven members of Moran’s gang to line up against the wall — then shot them all dead. Unfortunately for Capone — but fortunately for Moran — Moran showed up late to the club meeting, and was spared the 70 rounds of ammo fired. Nonetheless, the St. Valentine’s Day massacre marked the end of gang rivalries in Chicago and all competition for Capone.

Since the bloody times of 1929, Valentine’s Day has become a major consumer landmark, being the second most popular holiday for greeting cards, with about one billion sent every year. Nowadays, that figure works out to Americans spending almost 20 billion dollars for Valentine’s Day greeting cards and gifts.

While the standards for expressing devotion have changed over the past several hundred years, Valentine’s Day continues its ancient tradition of commemorating love. For more facts  about this celebration of of affection and romance, visit the History of Valentine’s Day.