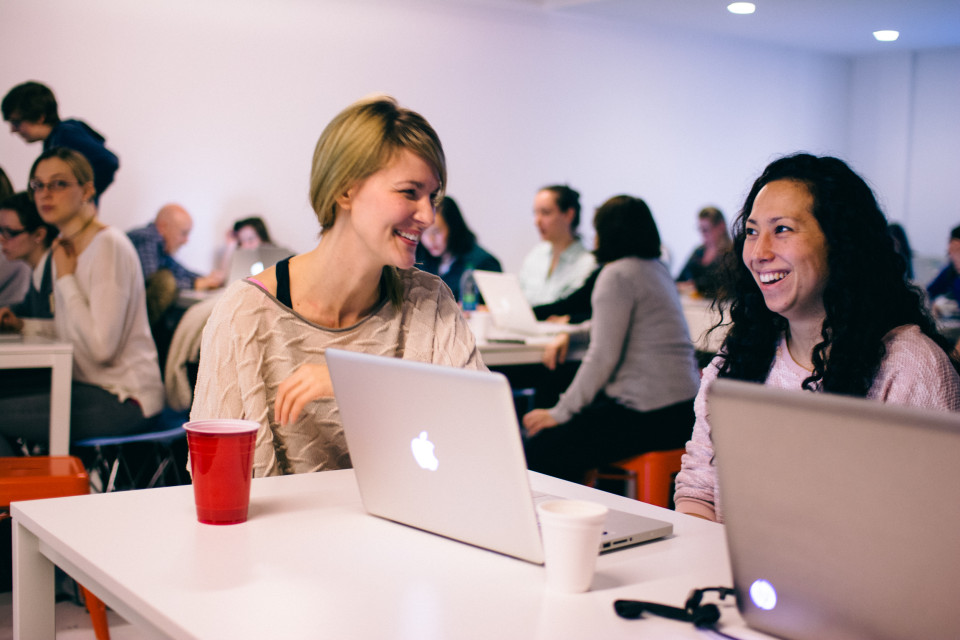 Why Women Need to Get Involved in STEM Careers

There is a known dearth of women in Science, Technology, Engineering, and Mathematics careers (STEM). This is unfortunate, since we face the reality that technology is constantly evolving, and the more hands-on understanding the entire population continually gains of the seemingly vast — and  sometimes inscrutable — digital world, the greater the advantage.

However, although efforts have been made through government programs and non-profit organizations to spark a huge interest in STEM among females, it has yet to yield significant results. Given this concerning development, with smart insight from Melissa Sariffodeen (@melsariffodeen) from Ladies Learning Code (whose motto is “Digital Literacy for Women and Youth”)and HackerYou, an organization that helps adults learn computer programming (see more below),  we explored the push to increase diversity in tech careers, the obstacles women face, and the resources available to them.

Problems – and Solutions – for the Significant Gender Gap in STEM

From early on, Sariffodeen explained, young men are encouraged to build, create, play video games and excel in the math and sciences. On the other hand, research shows that for young girls, the odds of them pursuing STEM careers may be subjective to experiences in math courses before they even reach college age.

An example of this: a recent report published by the National Bureau of Economic Research studied Israeli students from the sixth grade to the end of high school. They found that when the tests were graded “anonymously” (i.e. without teachers knowing the gender of the student), girls performed better than boys on math exams, yet when exams included the student’s name, the boys received higher grades.  Results from their study suggest that teachers’ biases favoring male students can have a negative impact on the educational and career pursuits of their “seemingly underachieving” female counterparts.  Even more alarming: the teachers who graded the exams in the study were all women!

So, whether subtle or not, social influences can hinder a young woman’s desire to pursue male-dominated subjects, and among women of color the impact is even  more apparent.

Last May, Google published a report revealing the ethnic and gender disparity in their workforce. The numbers revealed that 30% of their tech employees were women, while African-Americans and Hispanics comprised only 1% and 2% respectively.

In response, they began financially supporting minorities who are looking to get into tech careers, and most recently backed Code2040, a non-profit that aims to attract, retain and support under-represented talent – specifically African-American and Latino — in the tech industry. The venture’s name comes from the landmark year of 2040, when people of color are anticipated to be the majority in the United States, and therefore need to be prepared to take the reins in the digital world.  Based in the well-known hub of innovation, the Bay Area, this ambitious organization-with-a-mission has partnered with Google, Intuit,  Pandora and other giants of the tech industry to further their aim of inclusion.

On the opposite coast of the U.S., in ever-dynamic New York,   The Center for Talent Innovation (headed by powerhouse, Cambridge University-educated economist Sylvia Ann Hewlett) released a report finding that U.S. women working in science, engineering, and tech fields are much more likely than men to report that they plan to leave the industry within the year. The sobering reasons: a woman finding that she is the sole female at her job, as well as an inability to move up the career ladder.  It was also found that women who choose to stay in the tech field often do so because of a classic explanation: the need for financial benefits.

So organizations like Ladies Learning Code have their job cut out for them: to increase the number of women who enter STEM careers, and offer support to females that can mean the difference between moving forward and attaining exhilarating career success in the digital world – or dropping out, as the CTI report described.

According to Sariffodeen, one of the key elements that can ensure the “exhilarating success” scenario  lies in the professional-nurturing concept of mentoring. So this is a primary focus of the programs at the largely volunteer-run Ladies Learning Code, which provides courses for everyone, from children to adults.  (Note: To get an idea of the LLC organzation’s non-intimidating vibe around the concept of tech, have a look at their jaunty JavaScript course description: “Photo slideshows, Twitter timeline updates and Google auto-complete search terms are just a few examples of JavaScript! jQuery is a library that makes writing JavaScript a breeze. Not sure what a JavaScript library is? No worries, you’ll get plenty of information about what it is, how to write your own jQuery code, and use plugins like a snazzy photo slider.”)

And, in keeping with that encouraging, “you-can-do-it” mentality, Sariffodeen described the mentoring process thus: “Surrounding women with strong female (and supportive male) role models in tech makes a big difference in not only how they learn — giving them the confidence to tackle learning to code — but also allows them opportunities to connect with real life experts in the field around career mentorship, professional development and more.”

The Next Step: Women (Lots of Them!) Creating Computer Codes

Back in 2001, research showed that the number of women on the web was greater than the number of male users. Although since then internet usage has averaged out to be about equal among the genders, men are still more involved in the actual creation of computer technology.  So if women are not included in the building of the tech material they consume, it’s reasonable to wonder how those products can accurately reflect their needs.

Once Sariffodeen found that adults often take a coding course and enjoy it to the extent that they want to pursue a tech career (finding that they appreciate the flexibility, the challenges and the self-directness of creating code), she got involved with HackerYou, a program for people wanting to completely change their careers and start over in computer coding.  Based in another geographic focal point of innovation, Toronto, HackerYou offers courses like “Front-End Bootcamp” from industry professionals, in an airy, collaborative-style office space, complete with small classes, lounge area and full kitchen, to increase the comfort factor and draw in students.

So, whether you want to learn coding for your personal growth, to boost your resumé, or in hopes of starting a career in STEM, there are numerous options out there.  And take it from Sariffodeen, who believes that  learning basic coding can benefit all women, no matter  their career choice or age, even if they initially feel that computer language is intimidating.  In a comforting and common-sense way, she cites the process of learning any new language: “Can you learn French and Spanish in one day?  Probably not. It takes practice.”  Have a  look at the resources below to get started!

List of additional resources and organizations for women wanting to learn to code: