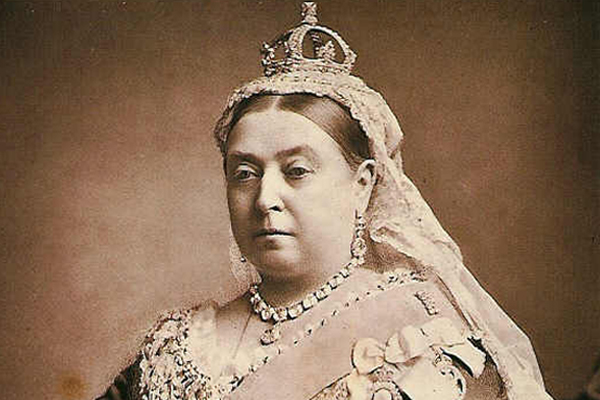 The life and reign of Queen Victoria has been documented unlike any other monarch in history, thanks to access to her lengthy  diary, in which she wrote for almost seventy years.

Her reign of more than six decades (1837 -1901) over the United Kingdom and its colonies was unlike any other era that had come before. Her success as a monarch is all the more remarkable due to the fact that for much  of her reign, she was a woman enduring deep sorrow over the death in 1861 of her beloved consort Prince Albert (visitors to London can go to the famed museum, known for its fantastic modern fashion exhibits, that bears their combined name).

Despite her mourning, Queen Victoria managed to perform her duties, uphold her position as sovereign, and preside over years of great change. Her writings give today’s public a deep, and more personal, understanding of the woman behind the black gown.

The Controlling Reins Held by Her MotherWritings show that Victoria’s environment as a young child was chilly, to say the least. She lost her father at a young age and lived only with her mother, with whom she had a difficult relationship. As a plot to make her make her daughter as dependent on her as possible and eventually claim the throne as queen regent before Victoria turned eighteen, Victoria’s mother and her trusted advisor Conroy developed an enormously strict set of rules called the Kensington System.

The system kept the two in complete control of Victoria and secluded her from other children. Eventually Victoria’s mother and Conroy came to the realization that Victoria was going to be Queen, given that she was the only rightful heir of King William IV, her uncle. And indeed, upon his death, Victoria was pronounced Queen of England in her own right at only eighteen years old. As soon as she ascended the throne, her mother was banished from court and from then on, lived a life estranged from her daughter.

Her Majesty’s Great Love and LossVictoria’s early reign is regarded as her most popular time as queen. Desperate to take control of her own life and exert her power as a competent ruler, she chose to form close relationships with her prime minister and other political figures. Despite escaping her mother’s control, Queen Victoria met Prince Albert, an eligible bachelor from Germany whom her mother had arranged for her to marry before she came of age. Luckily for Victoria, according to her detailed journals, she was head over heels for Albert, and was actually the one to propose to him only five days after his arrival at Windsor Castle!

Albert worked with Victoria to take on a more public role and establish his place as her political partner. Along with ruling their successful empire, Victoria and Albert focused on family life apart from their duties. Albert brought the traditions of German Christmas to England, and Victoria embraced the new, festive feel of the holiday by sending Christmas cards and giving gifts to her servants and members of court.

As her early reign continued, Queen Victoria gave more power to Albert, especially as she became pregnant with their nine children throughout the years. But after Albert died of typhoid in 1861, Victoria sank into terrible grief. She did not appear publicly from almost six years, had trouble performing her duties, and started to put most of her energy into creating a memorial for her late husband. She also wore black for the rest of her life.

Victoria as EmpressEventually the shift of power went from the monarchy to parliament, and a series of laws were passed in Victoria’s absence. However, being the outspoken and determined women she still was underneath, Victoria was still able to exert political control in many areas.

In 1877, she became the queen of the largest empire in history, the British Empire, which now included Australia, New Zealand, Canada, South Africa and India.  She was also named Empress of India, and her reign as empress showcased her popularity and, at the time — prior to its inevitable fall — the glories of the expanded British Empire.  It was also the period of the Industrial Revolution, an era of innovation that, with no exaggeration, changed the course of humanity.

Eventually, Victoria overcame some of her grief, and extended her travels to make humanitarian trips to South Africa, while also spending time learning Hindustani from her good friend “Munshi.” Her family became so large, and they married so well, that she eventually had a grandchild or great-grandchild in nearly every royal family in Europe. This embrace of culture and her extensive family tree led her to become one of the most popular queens in history and Britain’s longest-reigning monarch (although Queen Elizabeth II is set to overtake that record this autumn!).

Victoria’s death, in 1901, was the end of one of the greatest epochs of progress — both internally and externally — that Britain had ever seen. The Victorian Era was the British Empire’s most prosperous age, and Queen Victoria is now known as “the grandmother of England and India.” Her childhood as a powerless little girl only added to her mystique as eventually becoming Britain’s longest, very successful, ruler.

Lessons from Queen VictoriaHer reign during Britain’s most powerful era would suggest that Queen Victoria may have been a ruthless woman, but her diary entries and letters only illuminate the emotional nature of this great queen. Here are some lessons learned from the Empress of India: