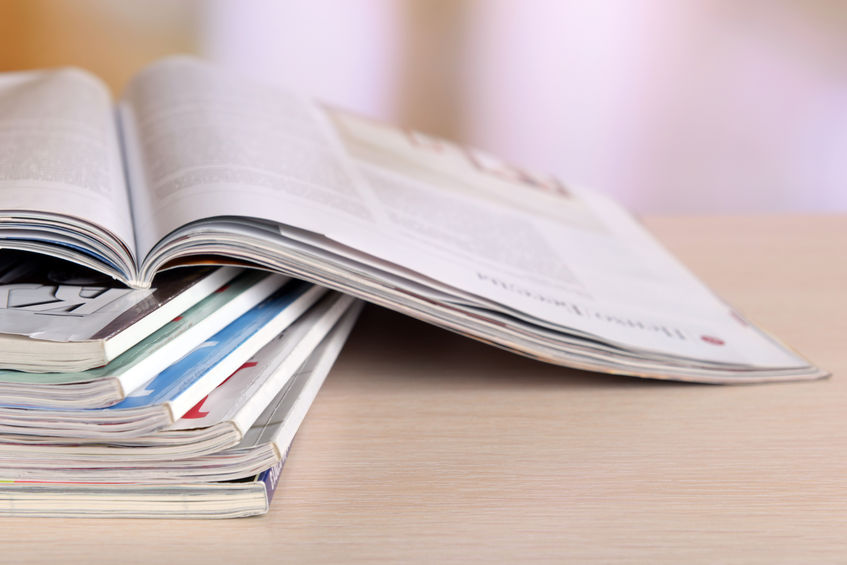 Sometimes, inspiration can come from the unlikeliest of places.  For any professional wanting to always show up at the workplace with energy and an innovative mindset, it pays to expand your reading habits, and extract business lessons from all sorts of interesting resources. Following are  some recent lessons I have learned from three very dissimilar magazines:

1.  Hire People Whose Work Speaks Louder Than They Do The article “Managing the Invisibles” in the May 2014 Harvard Business Review was an exceptional read. The author, David Zweig, defines invisibles as “extremely capable and committed professionals who could easily succeed in high-profile careers, but instead gravitate to work that is outside the spotlight.” He takes the readers through a brief history of successful “invisibles” and as far into their minds as possible. The article argues that invisibles have always been around, yet we must learn to re-classify them in today’s culture of self-promotion to ensure that we recognize them for their work.

This article opened my eyes to the way I deal with employees and clients. It made me question if I was giving more attention to my clients who were more vocal, or more rewards to employees who, quite honestly, forced their work in my face.

The truth, I realized, was that at times I was giving more attention to the more vocal sector.  I changed this.

Takeaway: Before I give any extra attention or recognition for things, I step back, review the work in detail, and let it speak for itself. Taking these extra moments for recognition has helped me become a better manager and create a more stable infrastructure for my team.

2.  There is Always Room for Improvement, and Never Assume OtherwiseThe article “Why 40-Year-Old Tech Is Still Running America’s Air Traffic Control” in  the February 2015 issue of Wired broke down the inefficiencies of commercial airlines and U.S. air traffic control centers.

The author, Sara Breselor, opens the story with a bang.  She tells a horrific story of a suicidal air traffic control operator who set the control room on fire, but apparently, as per writings he had left, had not planned to completely destroy the entire building. He had worked as an air traffic control person for over nine years, and had no idea that the system was not operated by GPS, that each flight could only travel point-to-point, and that his actions would therefore effectively be disastrous.  It turned out that, due to the damage, the airplanes in flight could not simply be redirected. Each plane had to land, and the devastation from the fire interrupted flights for seventeen days.

The lesson is that making assumptions on the quality of anything, or presuming that you are at all times completely conversant with the technology with which you work, is dangerous. The author points out that millions of people fly planes every year while using cell phones that have more advanced technology than the aircraft in which they are flying. And an air traffic control employee apparently didn’t understand the technology being used to land the planes, even after a decade of working with it.

Takeaway: We need to always be asking questions, and looking for areas of improvement in our work.  Professional development is a must; it should be on your to-do list/work calendar at least a couple of times a year. If we neglect this area, we can’t grow.  If we aren’t growing, we are dying.

3. Big Problems Can Have Small Solutions The article “Can Ants Save the World from Climate Change?” in Live Science discusses climate change, and the rather arresting fact that ants may actually end up saving the planet.

The author, Becky Oskin, explains that ants ingest carbon dioxide (and other minerals), and produce limestone. Scientists are in the early stages of figuring out exactly how ants do this. (In other words, they have no idea!). What they do know is that if they can replicate the process, than we may be able to remove large amounts of carbon dioxide from the air, thus helping the climate in huge, untold ways.

What I love about this article is that the solution to this massive problem predates humans. Ants have been around millions of years, and as we ruined the planet and began searching for a way to fix it, the solution has always existed right in front of us.

Takeaway: This article taught me to slow down and look around me for answers to my problems, before moving to the extreme. Sometimes big problems have small solutions; we just have to look more closely.