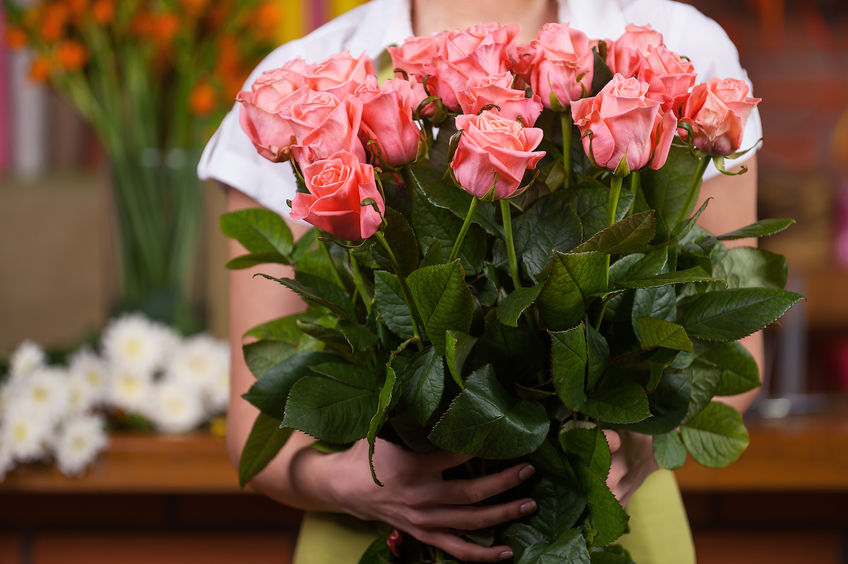 A Rose by Any Other Name

Eight Famous Women with Roses Named for Them

“That which we call a rose by any other name would smell as sweet.”– Juliet Capulet in William Shakespeare’s Romeo and Juliet

What woman doesn’t love a rose? The rose industry is so large that the month of June is designated Rose Month and during the Valentine’s Day holiday, 63% of the $2.1 billion  in sales comes from the sale of red roses alone.

While receiving roses is a treat for any woman, how would it feel to have a rose named after you? Perhaps instead of our preoccupation with receiving roses, we should aspire to be the kind of fabulous woman for whom they name a rose. They named these eight exquisite roses for some lucky and inspiring women: 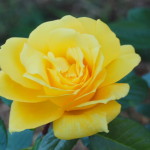 Madame Marie CurieMadame Curie’s rose is a floribunda/bush rose variety with double, orange blooms. This vibrant rose bears the name of the famed French physicist and chemist who was the first woman to win a Nobel Prize when she received the 1911 Nobel Prize in Chemistry. Marie Curie’s experiments in radioactivity contributed to her death from aplastic anemia due to radiation exposure. One could say she gave her life for science. 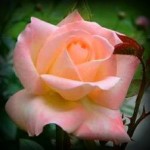 Diana, Princess of Wales, known as much for her charitable works at hospitals and orphanages as she was for her tumultuous marriage to Prince Charles of England, proved that regal mothers of future monarchs could be much more than pretty faces. 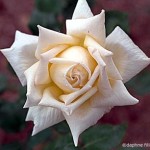 Amelia EarhartNamed in 1932 for the famous pilot, this vintage hybrid tea rose produces a large, double bloom in a blend of beautiful yellows that are almost larger-than-life just as Amelia Earhart was.

Earhart, a world-renown pilot celebrated her 40th birthday with an attempt to the the first woman to circle the globe in an airplane. The last transmission from her airplane came July 2, 1937; after that, no communications came from Earhart and despite an exhaustive search by the U.S. Navy, neither the woman nor her aircraft were recovered. 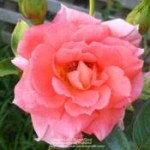 Julie AndrewsActress, author and director, Julie Andrews received her rose in 1992 at the Chelsea Flower Show in London. Her rose is a sprawling floribunda variety with tiny vibrant yellow and orange blooms.

Andrews is known best for her roles in The Sound of Music and Mary Poppins, for which she won and Oscar. She is also the author of several children’s books under the name Julie Andrews Edwards. 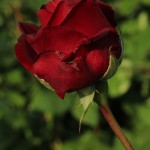 Ingrid BergmanThe hybrid tea rose is a rich, dark red the color of currants…or perhaps an amazing shade of lipstick. The stunning Swedish Acress, Ingrid Bergman, for whom the rose is named, received a collection of honors during her career including three Academy Awards, several Golden Globe Awards, a couple Emmy Awards and a Tony Award for Best Actress. Bergman is best known for the role of Ilsa Lund in Casablanca. 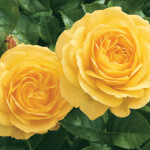 Julia ChildHer book Mastering the Art of French Cooking brought French cuisine to the American public and her television cooking shows paved the way for the likes of Giada de Laurentis, Rachael Ray and Bobby Flay.

Child was too tall at 6’ 2” to enlist in the Women’s Army Corps (WACs) during World War II, so she joined the Office of Strategic Services where she was an assistant to the developers of a repellent to keep sharks from detonating ordnance aimed at German U-boats.

The rose bearing her name is a golden, butter colored rose – how fitting for the queen of buttery French cuisine—with a licorice/clove fragrance. This floridbunda rose is a hearty bloomer that grows well in containers. 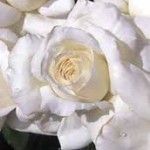 Maria ShriverMaria Shriver is a journalist, author of six books and former First Lady of California when her then-husband Arnold Schwarzenegger was Governor. Shriver, the daughter of Eunice Kennedy Shriver of the Kennedy clan, is a special correspondent and an anchor for NBC News.

The Maria Shriver rose is a brilliant white hybrid tea rose with a strong fragrance. For each of these grandiflora roses sold, Edmunds’ roses will donate 10% of the proceeds to one of the charities that Shriver supports.

Streisand’s bio reads “Actress, singer, director, writer, composer, producer, designer, author, photographer and activist. When does she sleep? She has received an Oscar, a Tony, a Grammy, an Emmy, and a Golden Globe. Her unforgettable voice has earned her numerous gold and platinum albums, while Streisand’s acting skills made movies such as Funny Girl and The Way We Were just as memorable as her singing.

It’s time that some pioneering women in business had roses named for them. Perhaps in the future we will see a Sheryl Sandberg rose that leans in resiliently to storms, a Mary Barra rose that is drought tolerant and heat resistent, and an Indra Nooyi rose with blooms that emit a sweet, rich scent of cola mixed with rose petal. No matter what you call it, no one can argue with the sweet smell of success that comes from hard work and innovation.